The movie screen has been dark since March because of the COVID-19 pandemic, but now, new precautions are in place for movie-goers. 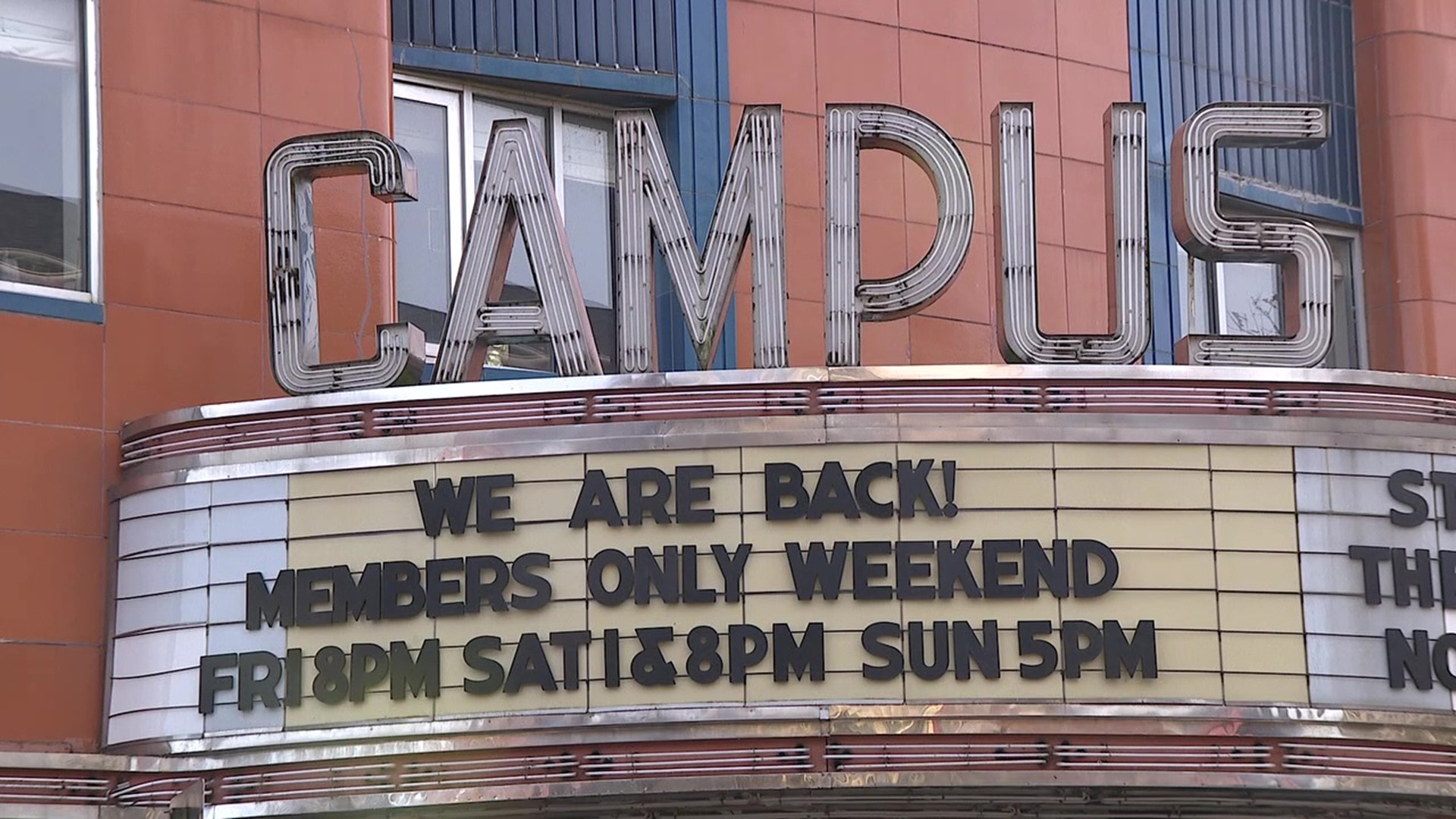 LEWISBURG, Pa. — The Campus Theatre has been on Market Street in Lewisburg for more than 75 years. But the movie screen has been dark since March because of the COVID-19 pandemic.

"It has been a very long eight months, yes," said Scotta Magnelli, executive director of the Campus Theatre.

Theater staff members have been busy because the Campus Theatre will reopen on Friday.

"We're very confident that we can open safely," Magnelli said.

Magnelli gave Newswatch 16 a backstage pass to see what opening weekend will look like. When moviegoers arrive, they will see plexiglass barriers around the concession stand. Capacity is limited to 60 people. Seats are marked.

"We have them in groups of two, three, four, and five, I believe. They are all 6-feet apart, at least," Magnelli said.

The Campus Theatre requires people to wear masks. If you don't have one, they are providing paper ones, or you can buy a branded one.

There are hand sanitizing stations throughout the theater.

"We've purchased electrostatic misters, so we will be misting the entire theater after every single screening," Magnelli said.

Opening weekend is for Campus Theatre members only. On the big screen will be classics like "Singing in the Rain" and "The Wizard of Oz."

The theater will open to the public on November 13.