A movie theater in Union County has been closed for nearly five months because of the pandemic, but that has not kept the theater from connecting with the community. 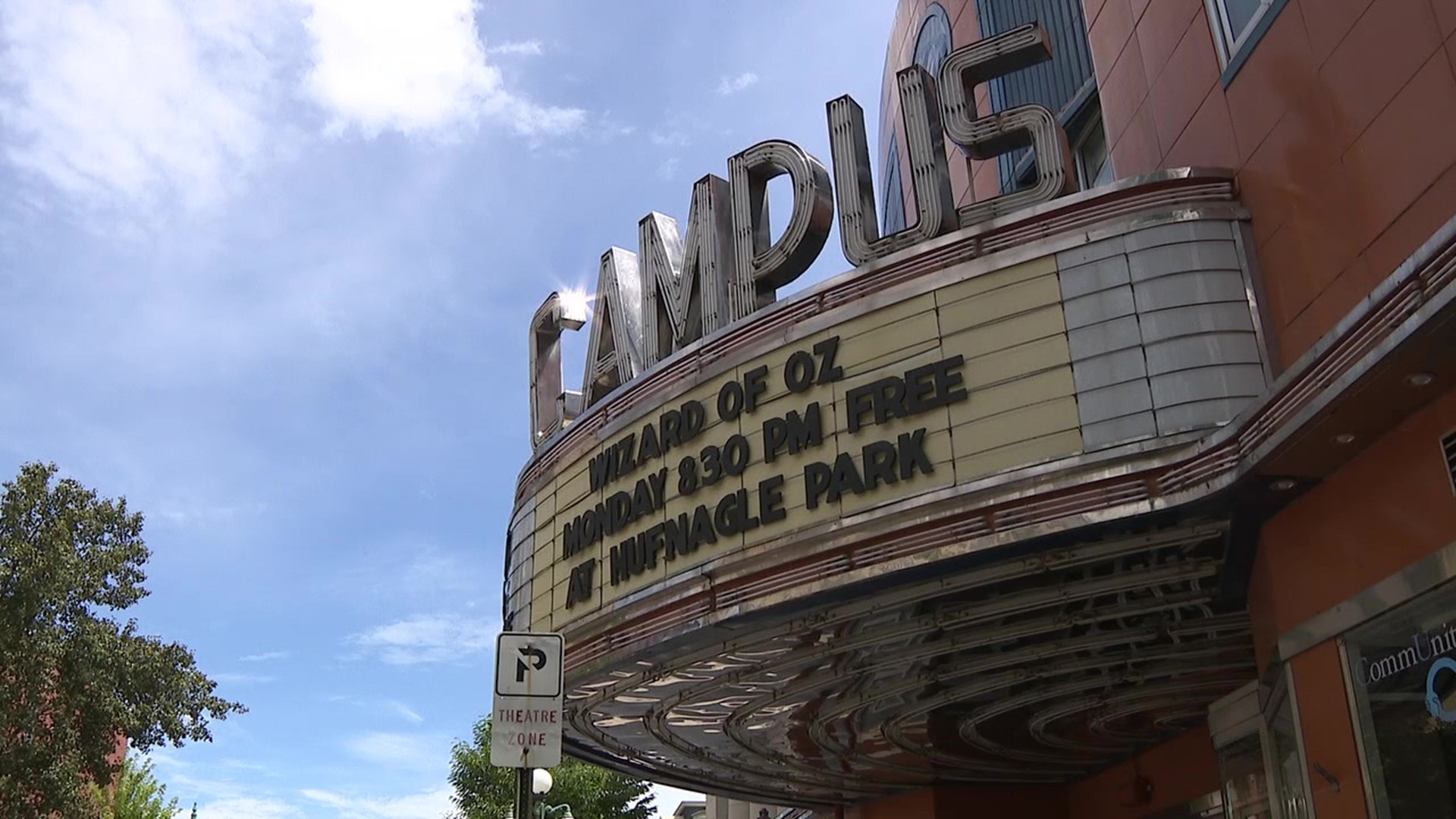 LEWISBURG, Pa. — These last few months have not been easy for many businesses and nonprofits like the Campus Theatre in Lewisburg. The single-screen theater closed on March 13.

Every summer, the movie theater gets grant money to do a free family film series. This summer, the Campus Theatre used that money to do something different. "Movies by Moonlight" started last week and is held on Monday nights at Hufnagle Park in Lewisburg. A free movie is shown every week.

"We do have circles drawn in the grass for social distancing. We are requiring all attendees wear a mask until they get to their circle and that they sit in their circle with people they live with, obviously," said Scotta Magnelli, Campus Theatre executive director.

Magnelli says hand sanitizing stations are set up all around the park, and masks are given to people who do not have one.

Last week's showing of "Jaws" brought more than 150 people to the park.

While there are no movies being shows inside the theater, renovations are being done.

"We've put up plexiglass barriers around the concession stand. We will have seats taped off so that the seating is social distanced. We'll have hand sanitizer everywhere."

The Campus Theatre will tentatively reopen for members only on August 21.

"It will be a soft opening for that weekend. Moving forward from there, we will be opening only on weekends, Friday, Saturday, and Sunday for the foreseeable future."

The free movies in the park start every Monday at 8:30 p.m., weather permitting. The program runs through September 28.