Seniors accused in a vandalism incident at Fran's house, an LGBTQ-friendly organization, also known as Tower House, were not able to participate in graduation. 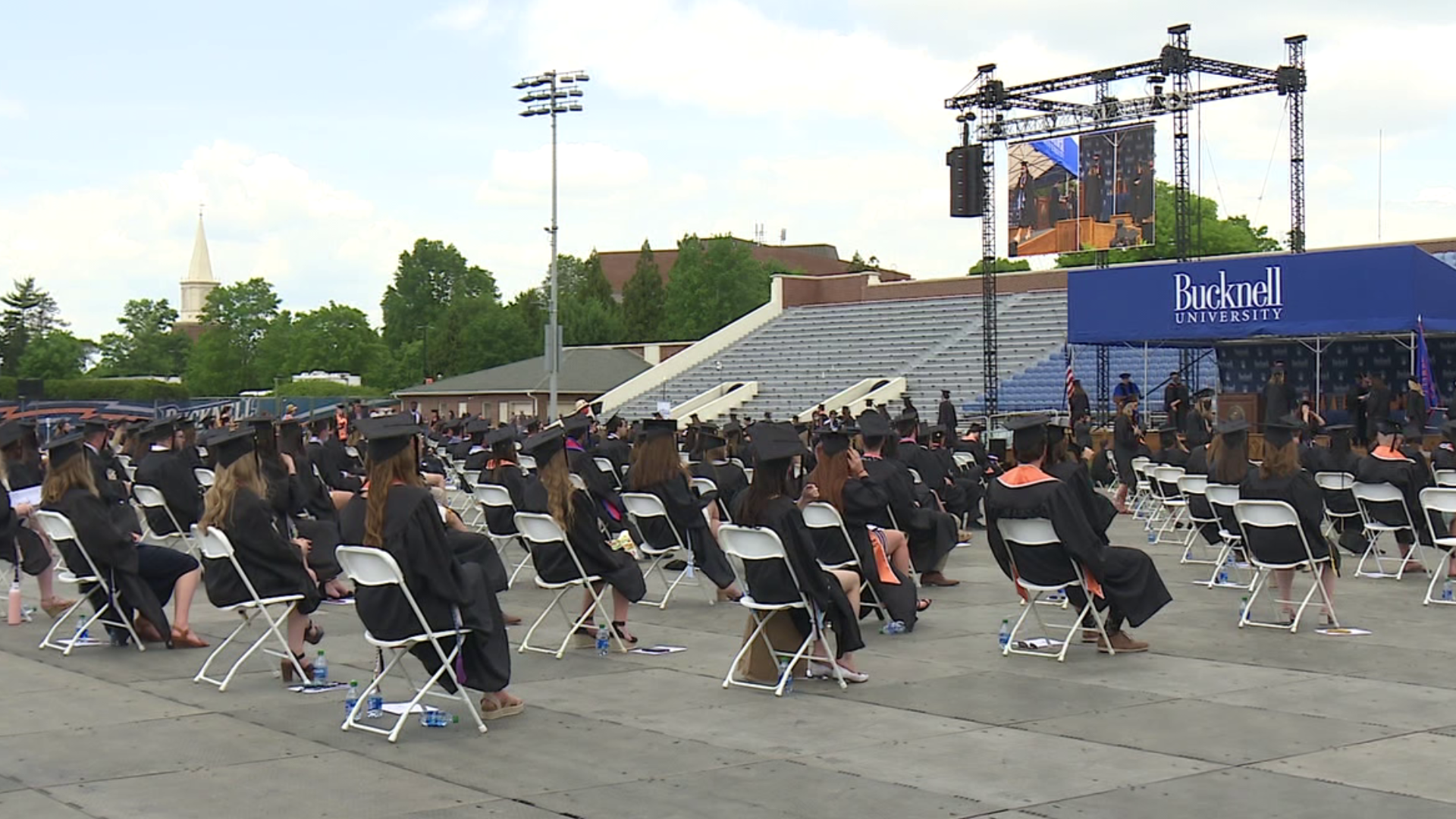 LEWISBURG, Pa. — It was graduation day at Bucknell University.

But not everyone was able to walk across the stage.

Seniors accused in a vandalism incident at Fran's house, an LGBTQ-friendly organization, also known as Tower House, could not participate in graduation.

RELATED: Students who attacked LGBTQ students will not walk in graduation

"Acts like that are not tolerated, and it's not okay, and I'm glad that they took a strong stance against something like that," said graduate Sarah Bain.

Last week, about 20 fraternity brothers came onto the property of Fran's House, banged on the windows, flashed residents, and urinated on the porch.

Bucknell University hired an outside firm to investigate the incident. University officials declined to comment any further.

Students Newswatch 16 spoke to say they did not want the acts of a select few to cast a dark cloud over graduation.

Many of the students told Newswatch 16, who walked across the stage, say they are grateful that their graduation ceremony was in person.

"Just bittersweet because I'm going to miss all my friends and being here," Bain said. "But just so grateful to have something so great to say goodbye to."

"I'm grateful that we're able to graduate and just do this in person. Be able to see my parents, my friend's parents. It's just a really great experience, and I'm really looking forward to what's to come," said graduate Mo Domah.

It's the first in-person graduation on Bucknell's campus in more than a year.

This is just one of the three ceremonies held inside Christy Mathewson Memorial Stadium to allow for social distancing.

Spaced six feet apart and masked up - each student was able to walk across the stage as their name was announced.

"It's the culmination of their four years here, so anytime we can pull this off in the middle of everything and just bring joy to our students, and their families is just a great opportunity," said Dana Mims, the executive director of events at the university.

In total, more than 900 students graduated from the university.