Blueberry Season off to a Strong Start

GREGG TOWNSHIP, Pa. — July in central Pennsylvania means a lot of things, but something that stands out is fresh blueberries. At Bridge Avenue Berries nea... 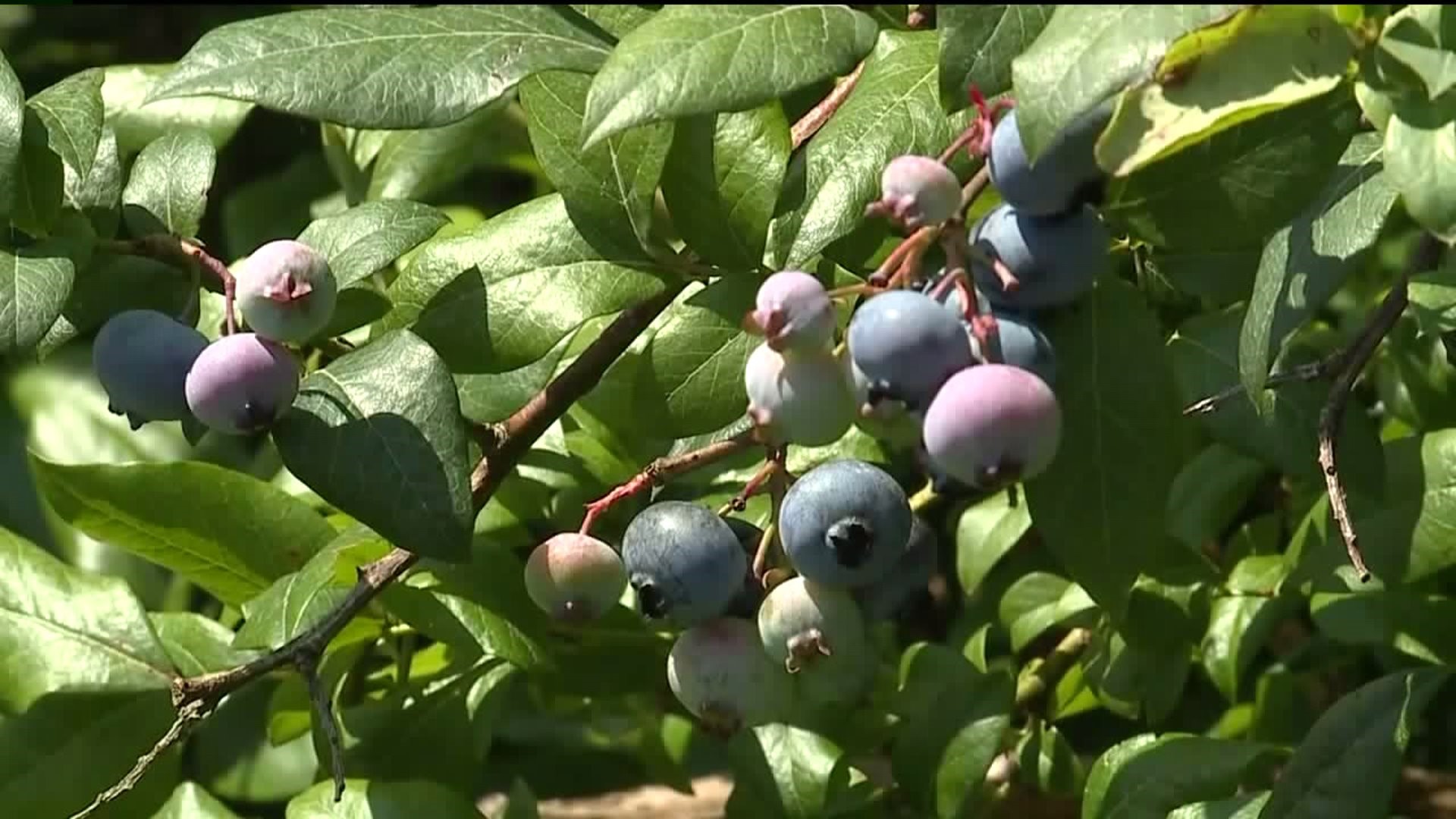 GREGG TOWNSHIP, Pa. -- July in central Pennsylvania means a lot of things, but something that stands out is fresh blueberries.

At Bridge Avenue Berries near Allenwood, there are blueberry bushes as far as the eye can see, and people stood with buckets in hand, picking as many as they could.

"I've got this and another bucket full. They're starting to run out, so I have to quit," said Gary Mowery of Watsontown.

There are six acres of blueberries at the farm in Union County.

Jones and his family took over the farm last year. They are transitioning into organic production and have numerous varieties of blueberries.

Jones says all of the rain we had earlier this year combined with the recent sunshine makes for the perfect combination for blueberries.

"They're good. They're nice and big and sweet," said Mowery.

Mowery says he likes baking with them.

"Like to get my wife to make blueberry pie with them," he said.

"I freeze them a lot. I bake with them, muffins, blueberry pancakes, but I do freeze them because in the winter you crave blueberry," said Betsy Lucas of Watsontown.

Lucas enjoys picking her own berries.

"You get out, and I brought the grandkids, too. But now they're hot. They're in the car."

Blueberry season typically runs through the end of July in central Pennsylvania.