LEWISBURG — A type of beetle that destroys ash trees is causing a problem this year in Lewisburg. Borough officials are trying to save the trees that have... 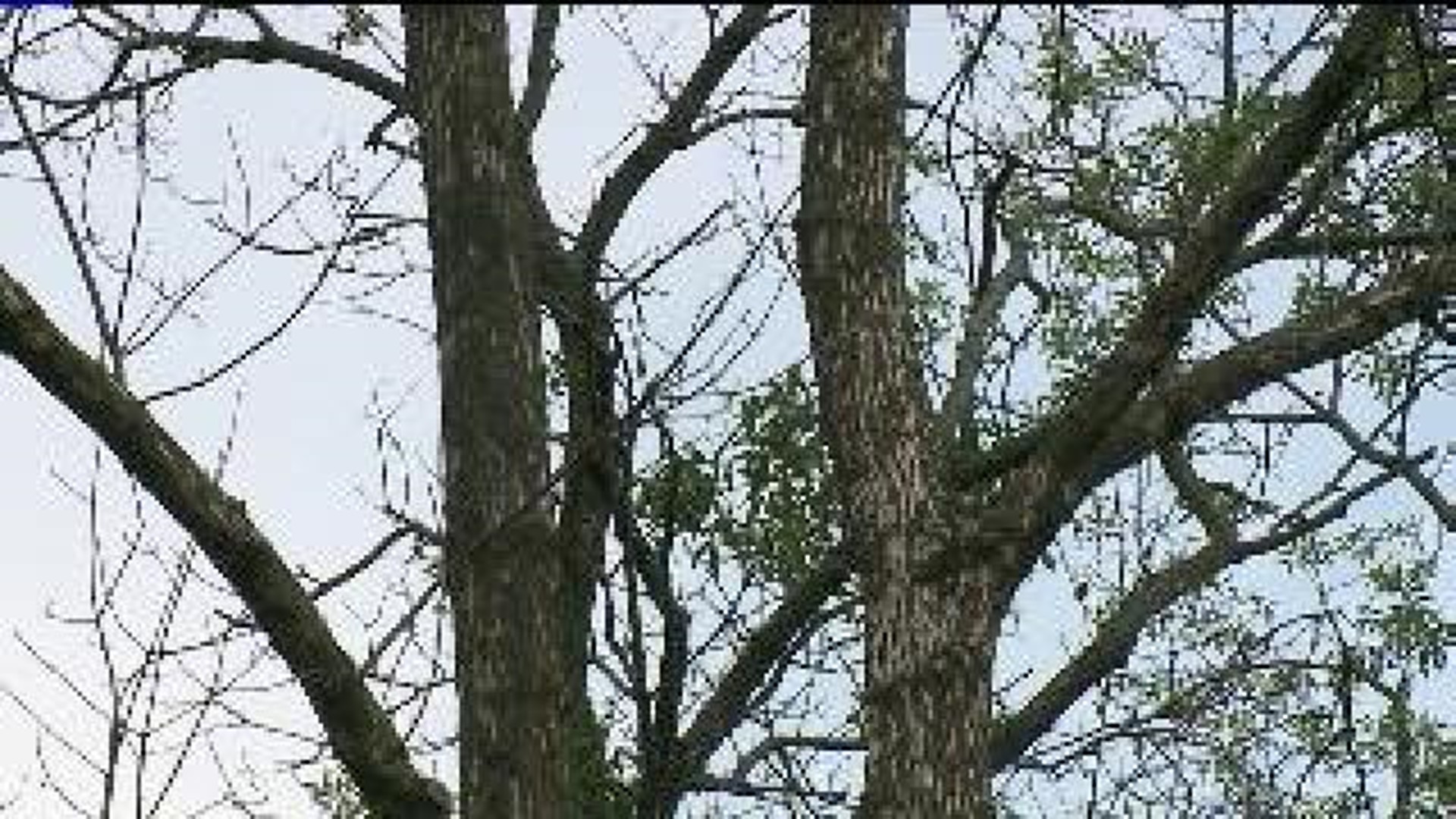 LEWISBURG -- A type of beetle that destroys ash trees is causing a problem this year in Lewisburg.

Borough officials are trying to save the trees that have not yet been attacked the beetles.

It is pretty obvious that some trees at the Lewisburg Area Recreation Park are not normal. Borough officials say they are just a few of the ash trees that are being destroyed by the emerald ash borer, a type of beetle from Asia.

"We are seeing a very high rate of degradation to the tree that was not expected," said Lewisburg borough manager Chad Smith.

Smith says the beetles get into the bark and eventually kill the trees. He says there are more than 200 ash trees in Lewisburg and so far almost 60 percent of them are affected.

"Unfortunately with this type of bug, it kills them rather quickly, so we've got to be careful and cautious with limbs and safety and welfare of visitors," Smith said.

Several of the trees have already been cut down. Borough officials are trying to preserve the remaining ash trees so they are treating them by injecting a pesticide into the trunk.

"Through continual treatment, I believe one, two years, you can save those ash trees. We don't want to see 200 some trees cut down."

"I can't imagine the park without the trees. We have the shade, it's sunny out now, there's ducks, everybody loves the trees," said Matthew Lysiak of Selinsgrove.

"We can only tolerate that for so long over there so we start working our way over to the trees, obviously, where they provide shade. I'm sorry, I just think trees are very instrumental," said Tina Sassaman of Selinsgrove.

Experts point out that it's people who often help spread the destructive beetles from one place to another by doing things like moving firewood.

So along with treating the trees, prevention could also help in the battle against the emerald ash borer.

Click here for more information from DCNR on the emerald ash borer.