CLINTON TOWNSHIP, Pa. — People spent the day Thursday picking blueberries at Green Barn Berry Farm near Muncy. What they might not notice is the hard work... 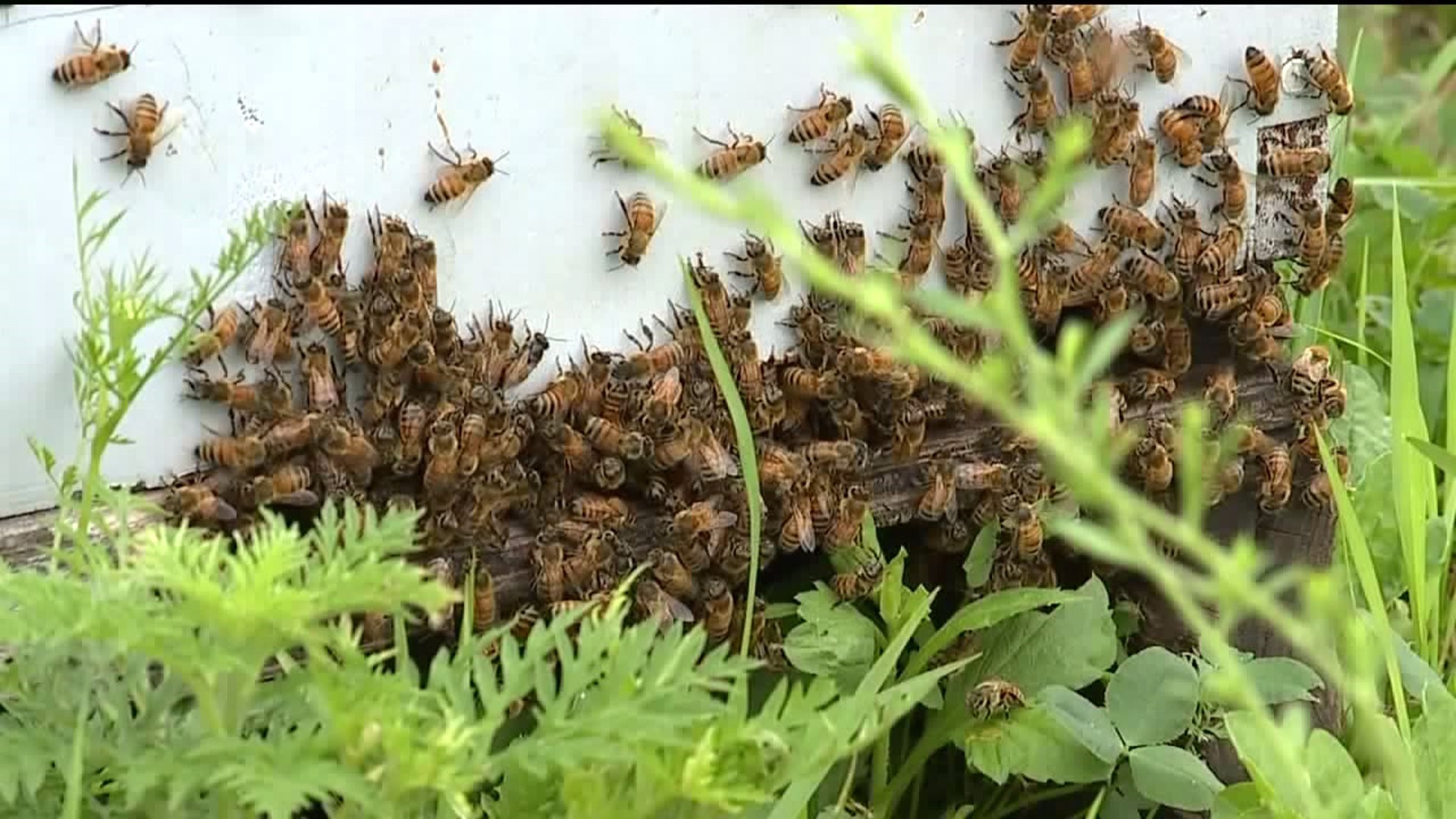 What they might not notice is the hard workers behind the scenes, the bees.

"We grow a lot of strawberries and blueberries so we need to bring them in first thing," said Robyn Schreiber, Green Berry Farm.

But when it comes to honey bees, many experts say there is a crisis.

Over the last 15 years, bee colonies have been disappearing in large numbers. One contributor is mites.

"Whatever encounters that plant or eats off that plant, whether it's the birds or the honey bees or other insects, they're taking in that pesticide," said David Hackenberg, Hackenberg Apiaries.

Hackenberg started keeping bees more than 60 years ago and runs Hackenberg Apiaries with his son Davey near Lewisburg.

They currently have nearly 2,000 beehives all over the country.

"Last year we lost 65% and we're not even back up to our regular numbers for the summer," said Davey Hackenberg, David's son.

"We're not alone. This is the way it is across the country. I can take you to people in the Midwest, big outfits, running 25,000 hives of bees that didn't have 1,000 left last winter," said David.

The Hackenbergs are not only worried about the bees, but they are also concerned about the future of their profession.

"At this point in time, on the path we're going right now, nothing is going to be able to fix this problem," said Davey.

"If we don't have bees, we don't get berries. We don't get vegetables and nobody else does either," said Schreiber.

The Hackenbergs encourage people to write to lawmakers to implement pesticides that could be replaced with chemicals that are more bee-friendly.