KELLY TOWNSHIP, Pa. — Matthew Kropp of Shenandoah waited nervously inside Country Cupboard near Lewisburg for a reunion that was long overdue. “I... 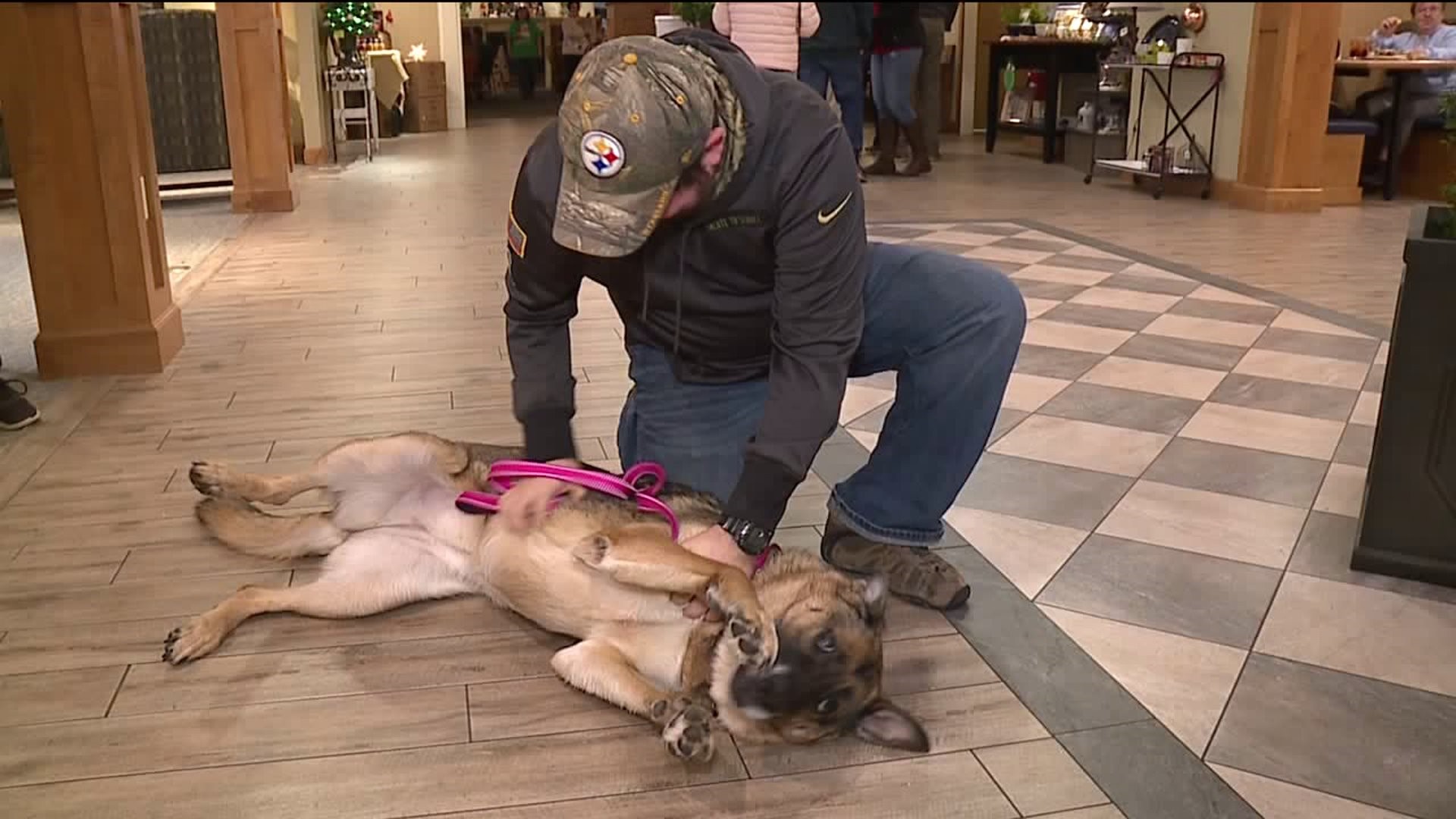 KELLY TOWNSHIP, Pa. -- Matthew Kropp of Shenandoah waited nervously inside Country Cupboard near Lewisburg for a reunion that was long overdue.

"I'm hoping that she's excited and that she remembers me. That's what I'm really hoping for," said Kropp.

Kropp, an Army veteran, was set to reunite with his former military working dog, Tina.

The pair spent years together in Iraq, protecting the United States embassy but they were separated last December because of Tina's age.

Kropp said seeing Tina for the first time in a year was exactly what he had been hoping for.

"Yes, yes it was. Thankfully. Yes. It just means that she remembers me and we still have the tight bond that we had before we got separated," said Kropp.

K9 Hero Haven, based out of the Sunbury area, has adopted more than 200 military working dogs since 2015, placing them with handlers and other combat veterans.

"They're protecting people every day for eight years over there, in a war zone or in an area where they risk their lives. Then to be able to see them come home and spend all the rest of her life with his family, and being a dog and a family pet. It's phenomenal," said Anne Gibbs.

"She was my paycheck, first of all. Geez, without her I wouldn't be able to live. Now we can relax and retire and I can provide that for her now after all she's provided for me," said Kropp.

Kropp, who just celebrated his birthday, will have to go back to Iraq in the next few weeks but thanks to K9 Hero Haven, Tina will say with Kropp's wife and two kids.

He says this wasn't a bad present for the holidays.