Pennsylvania by the numbers: How many ballots are left to count?

State officials said Friday evening there are an additional 101,421 provisional ballots in Pennsylvania. 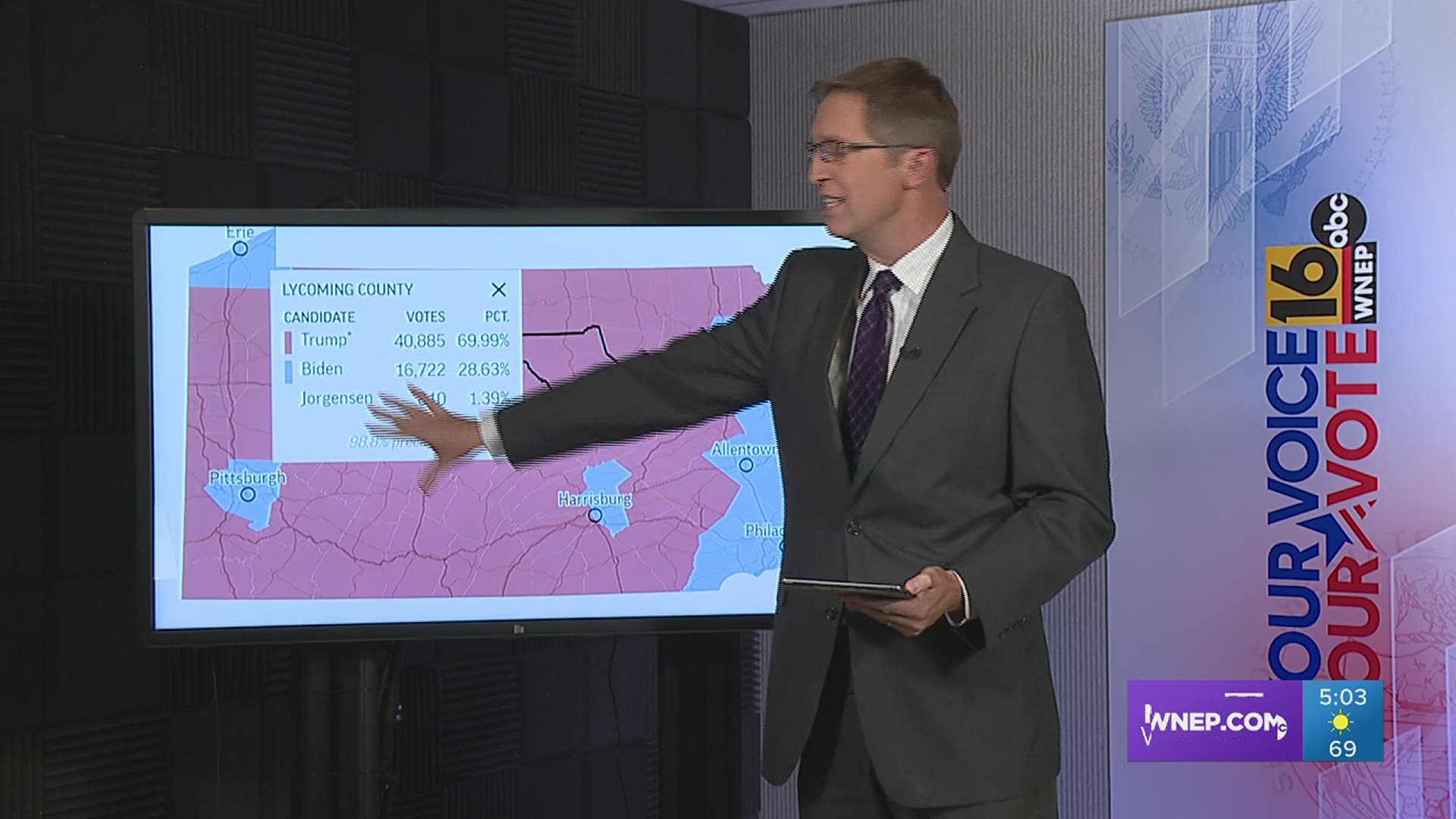 PENNSYLVANIA, USA — While the results of the 2020 presidential election in Pennsylvania are still being tabulated in some counties, the Associated Press, ABC, CBS, NBC, CNN, and FOX News have called the presidential race for former Vice President Joe Biden.

Biden is now the projected winner in Pennsylvania, surpassing the 270 electoral vote threshold to take the White House and become the 46th president of the United States.

State law dictates that a recount must be held if the margin between the two candidates is less than 0.5%.

The Trump campaign and the Republican Party have mounted several legal challenges to aspects of the vote count.

Trump scored one legal victory as a state appeals court granted more access to party and candidate observers in Philadelphia. The city filed an appeal to the Pennsylvania Supreme Court.

Get the latest Newswatch 16 updates here.

Pennsylvania votes by the Numbers:

2,639,264: The total number of mail-in ballots cast, according to the Pennsylvania Department of State Dashboard.

2,590,090: The total number of mail-in ballots recorded, according to the Pennsylvania Department of State election results site.

49,174: The number of mail-in ballots yet to be counted in Pennsylvania.

Counties with the most remaining ballots:

Allegheny (Pittsburgh): 12,213 (Joe Biden has been averaging 80% of the mail-in votes in Allegheny)

Philadelphia: 8,406(Joe Biden has been averaging 92% of the mail-in votes in Philadelphia)

The Department of State told Newswatch 16 Friday there are at least an additional 101,421 provisional ballots in Pennsylvania. Counties have 7 days after the election to determine if these ballots should be counted or not. Provisional ballots are votes cast for various issues, but with so many mail-in votes there are more of them from people who either didn't get a ballot in time or chose not to use it.

For example, Luzerne County officials said it has 2,000 to 3,000 of those ballots that it plans to count on Monday. Monroe reported it has 1,600 provisional ballots to count. Lycoming has around 1,000. The Department of State says it has heard from 55 of the 67 counties so far about how many provisional ballots there are.

Provisional ballots are cast on election day. They could be more favorable to President Trump than mail-in votes because they came from people who actually went to the polls.

RELATED: What are Pennsylvania's recount rules?

Below is a live stream of vote counting in Philadelphia.

RELATED: Some ballots remain to be counted in Luzerne County