An estimated 16 million people in this country are treated for depression every year.  That number doesn’t count people who haven’t yet sought help.... 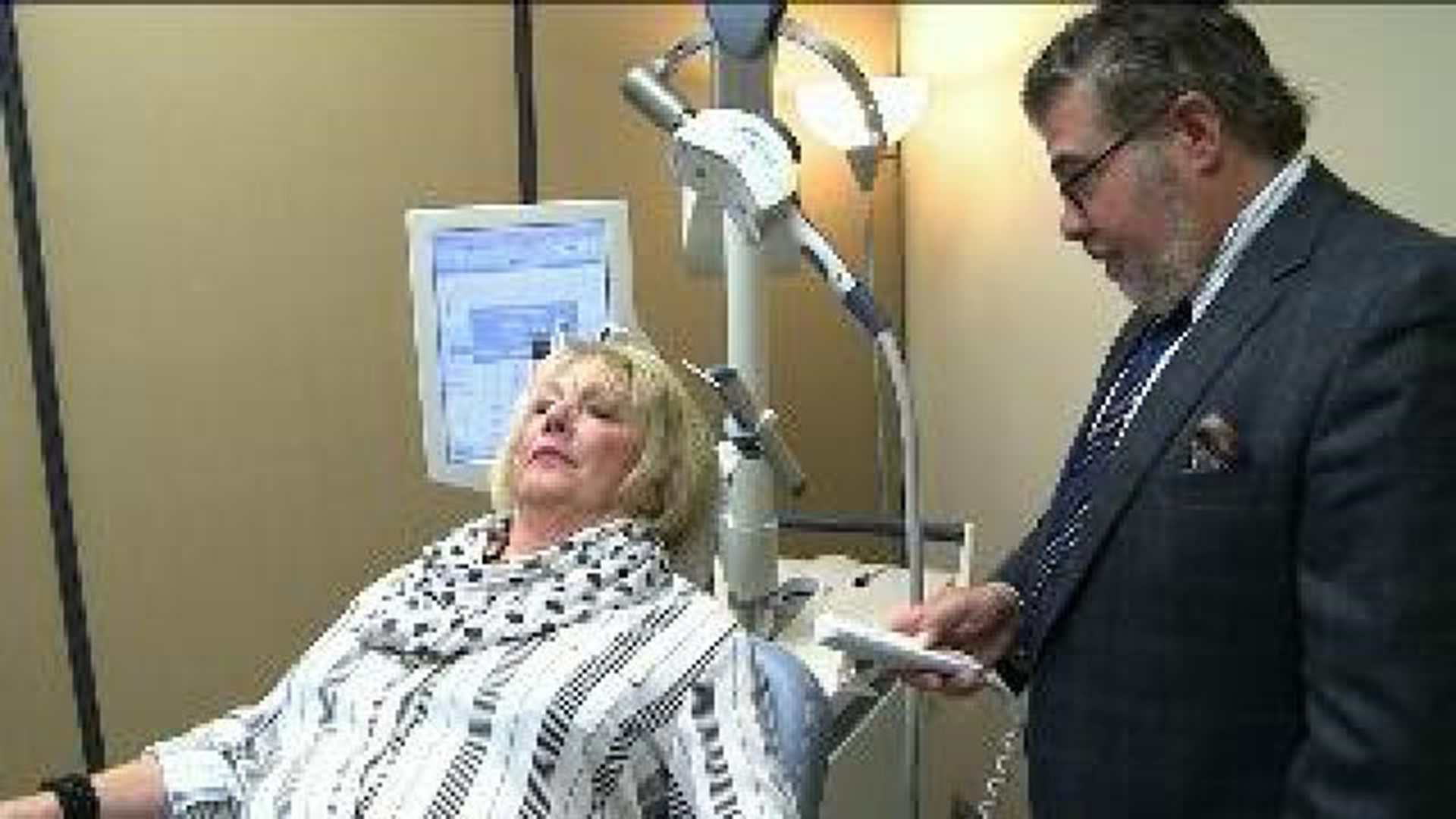 An estimated 16 million people in this country are treated for depression every year.  That number doesn't count people who haven't yet sought help.  In many cases, medication is an effective way to get some relief, but there's another, newer way some doctors are trying.

Lorraine, of West Pittston, who didn't want to share her last name, said she has battled depression for many years.

"People don't understand depression. You don't want to be depressed, you just fall into that darkness.  I wasn't able to sleep at night, crying, just not wanting to get out of bed, not wanting to leave the house," she said.

Lorraine is a longtime patient of Dr. Matthew Berger, a psychiatrist practicing in Moosic.  They realized she didn't react well to traditional prescriptions.  She couldn't tolerate the side effects.

"I tried every kind of medication and nothing worked," said Lorraine.

"A lot of our traditional medications can have side effects. Patients don't want to be on them all the time, then there are some drug-to-drug interaction. So this is in a way cleaner because you don't have to put anything into your body," said Dr. Berger.

Dr. Berger is talking about TMS, or Trans-cranial Magnetic Stimulation, which gives a very focused, high-intensity pulse to a specific part of the brain.

He explains it this way: TMS targets an area called the dorsal lateral pre-frontal cortex, the "control center" for emotion.  It sends signals to other areas of the brain that control mood.  It's a relatively new treatment since 2008, but Dr. Berger calls it a growing trend across the country.

In his office it's used about six times a day, since each treatment takes about an hour.

"Nothing works for everyone. But in general we have had a very good response," said Dr. Berger.

Lorraine said she feels relaxed during her treatment, just a slight tapping on her head. She is almost through with her course of treatment and says it has made a difference.