Telling churches to cancel in-person services is not a violation of the First Amendment, expert says

An attorney for Maryville Baptist Pastor Jack Roberts said the orders are unconstitutional, but a Louisville law professor said it is not a violation. 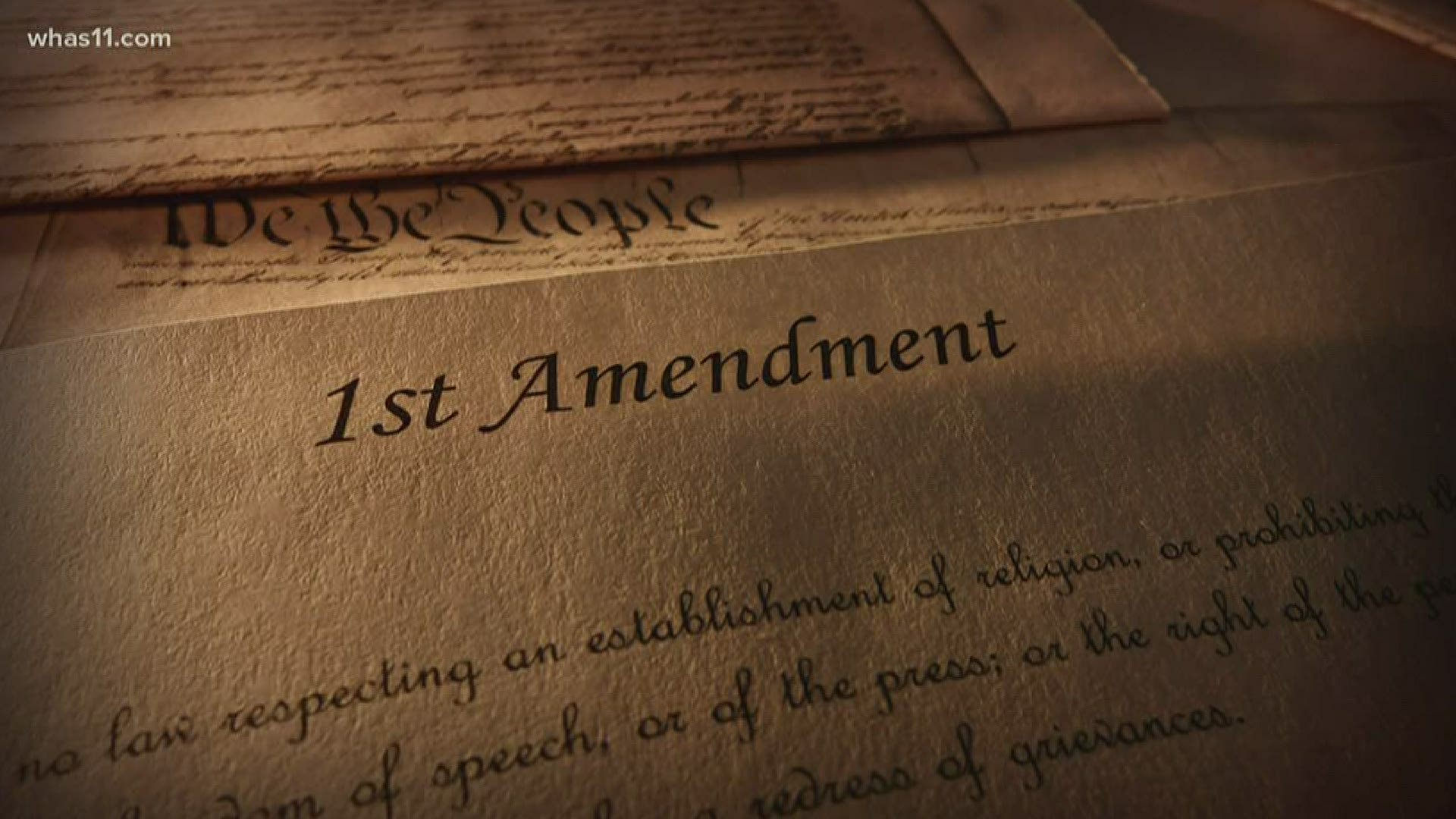 During his Thursday press briefing, Beshear said 54 positive cases and six deaths were linked to a church revival in Hopkins County. He encouraged leaders to host services or studies online instead.

Still, one Bullitt County pastor said he refuses to comply as his First Amendment rights are at stake. Pastor Jack Roberts at Maryville Baptist Church said he's offering an online option but continues to hold services in-person, including a Wednesday night bible study.

"Home Depot has no right to exist under the Constitution, churches do," Staver said. "You don't throw that out simply in times of crisis, you have to balance that right with the safety of the people."

While the First Amendment does protect freedom of religion, the University of Louisville law professor Sam Marcosson said the governor is in the right.

"The only First Amendment right that the church has is not to be singled out for differential treatment," Marcosson said. "So, if the governor was allowing sporting events but not churches, then they had a claim."

Marcosson compared churches remaining open during the pandemic to a person yelling fire in a theater.

"You're not allowed to falsely yell fire in a crowded theater," Marcosson said. "Yes, you have a right to free speech, but you can't exercise that right in a way that puts other people in danger."

Dr. Albert Mohler Jr., president of The Southern Baptist Theological Seminary, said the governor is within his rights.

He did, though, have a problem with Fischer saying no to drive-thru services. While Beshear supported Fischer's decision, he did not say he would make that recommendation for the state. Mohler said not allowing drive-thru services would single out churches.

"Religious liberty at the very least means that religious institutions cannot be singled out, if you can [have a] drive-thru a liquor store, you should be allowed to do a drive-thru service," Mohler said.

RELATED: Passover, Good Friday and Easter: How to celebrate virtually during the COVID-19 coronavirus pandemic