Where Did The Lines Go?

SUSQUEHANNA COUNTY — Drivers crossing into Pennsylvania from New York State on Interstate 81 are pretty much on their own trying to figure out where the l... 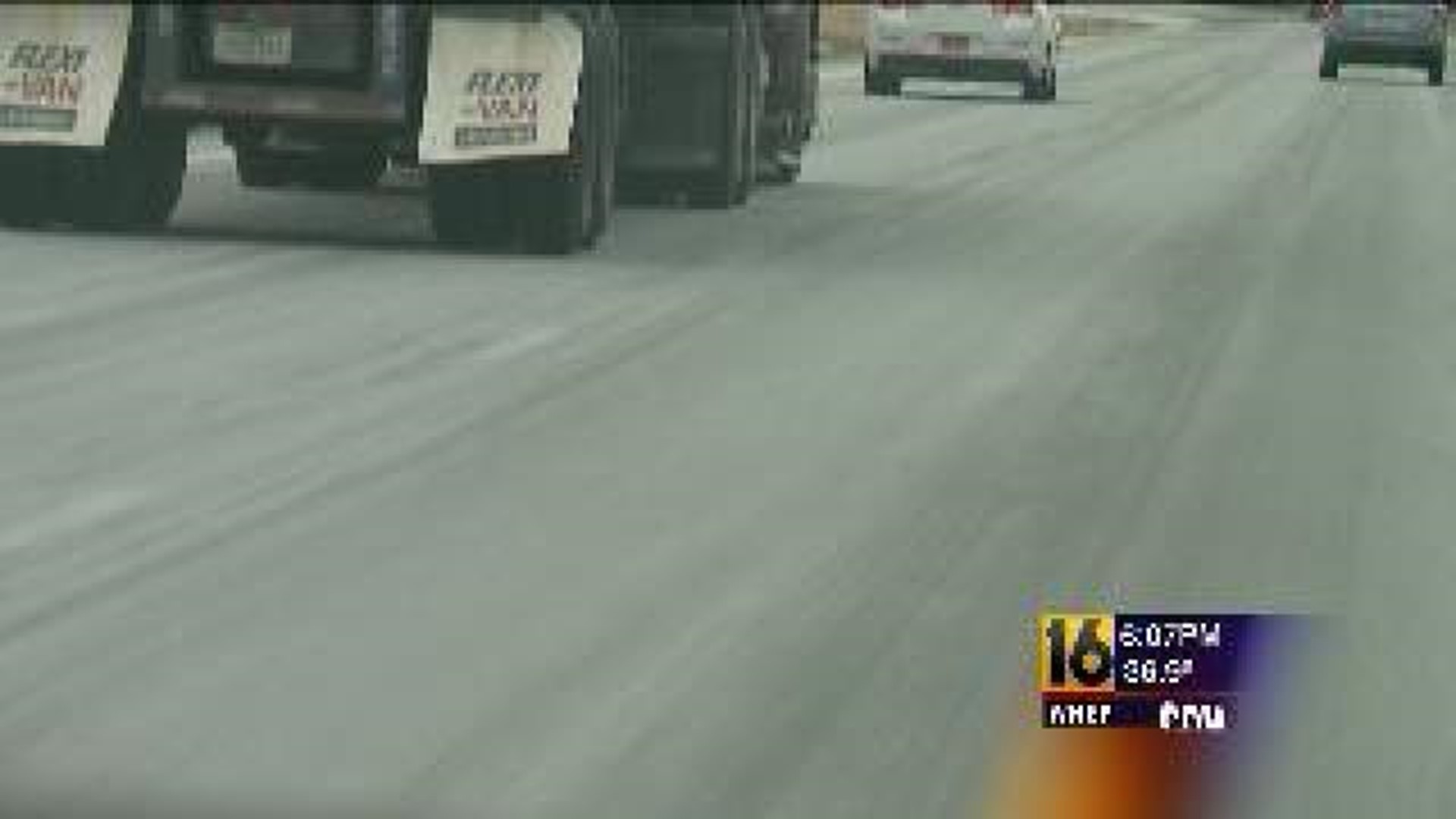 SUSQUEHANNA COUNTY -- Drivers crossing into Pennsylvania from New York State on Interstate 81 are pretty much on their own trying to figure out where the lanes are on the highway. The lines separating the two lanes disappear when you cross the state line into Susquehanna County.

Riding from New York into Pennsylvania along Interstate 81, the lines are clearly painted on the highway in New York State, but as you cross the state line into Susquehanna County, those lines separating the lanes fade away.

Kim Vetere was traveling from New York home to North Carolina and got a bit confused.

"They're gone, they're not there," she said. "When we were going to 81 there's a turn to come down and I wasn't sure if there were two lanes so I kind of slowed down because I thought, 'oh are we down to one lane now.'"

Alaen Forest from Quebec, Canada says he relies on the lines pulling his camper.

"If it's not marked, it's very difficult for me to travel," he said. "I travel with the line, it's very important for me."

It's the same heading from Pennsylvania into New York.   It's hard to see the lanes on the highway in the Keystone State, easy to see them when you cross into the Empire State.

Mike Carr travels through there quite a bit.

"You do notice once you go across the line to New York and everything's there," he said. "There is a big difference."

PennDOT says this stretch of I-81 was under construction late into the fall last year.  When cold weather began, temporary lines were painted, but they didn't make it through the winter.

A spokesperson says PennDOT understands there is a problem here, but he says for paint to permanently stick to the road, temperatures need to be warmer.  That hasn't happened yet. It was only 30 degrees on Tuesday when Newswatch 16 was there.

"I'd say it's pretty important.  You see a lot of people weaving because the lines aren't there to show you where you're supposed to be," said Carr.

The federal government requires states to meet certain standards for pavement lines, but there are exceptions during the winter months. PennDOT says a fix is coming as soon as it warms up.  The plan is to re-do the lines with more permanent paint in mid-April.