UPDATE FRIDAY: The water system in the New Milford area is up and running again. Official are urging everyone to conserve water while reserves are restored and ... 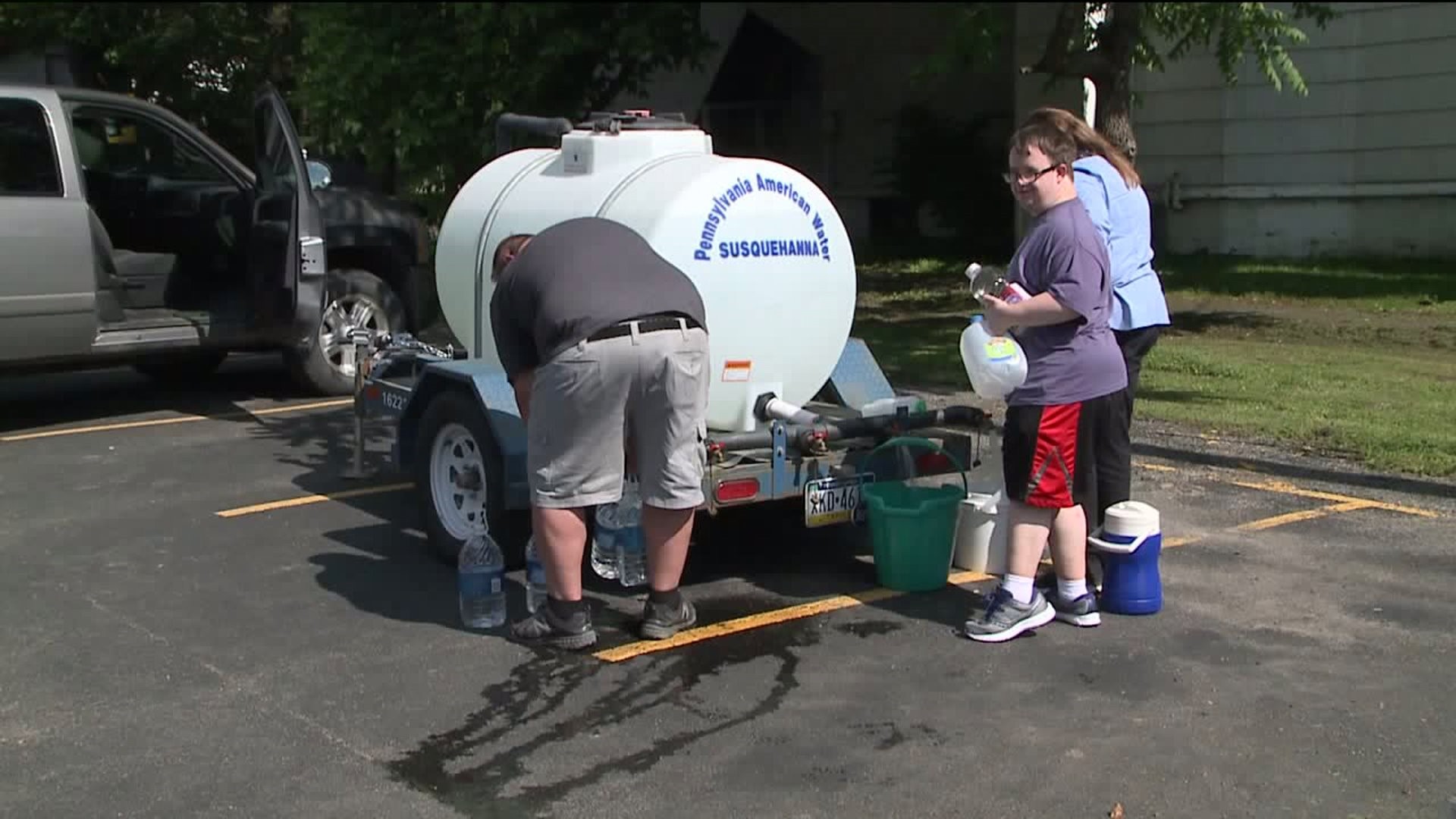 UPDATE FRIDAY: The water system in the New Milford area is up and running again. Official are urging everyone to conserve water while reserves are restored and  a mandatory boil water advisory is in effect.

NEW MILFORD, Pa.  -- A massive fire that gutted a long-time restaurant in Susquehanna County continues to impact people living around it.

New Milford's water supply was depleted fighting the flames and now water has been shut off entirely to the community.

People in New Milford packed into the borough building's parking lot, getting some much-needed water from a water tanker, filling everything from bottles to buckets.

The borough shut off water service so the water tower can be refilled.

“There's no water in the house, no,” said Tom Drake.

“You really take things for granted, that's one thing,” said Mark Marble. “The hardest thing is dealing with the laundry that's piling up but if we got to make a trip outside of town to do some laundry.”

Several businesses, including Green Gables restaurant, had to close.

People say they're doing what they can to get through this.

“Last night, I just stuck a pizza in the oven and used paper plates, so just think smart, you know?” said Nancy Lake.

“It could always be worse, it's just water,” said Drake. “If this is the worst that happens, then we're fine.”

“Things could be worse, they could be better,” said Marble. “You know you just got to take the good with the bad, just be thankful for what you have and just keep moving forward, that's all.”

The Red Cross has opened up Blue Ridge High School where people can take showers, use the restroom, and pick up food and water.

Volunteers are providing people with items needed to shower so they don't have to bring those from home.

A borough council member says she's hoping the water will be back Friday afternoon.

Once it's on, there will be a mandatory boil advisory in place.