Warm, Wet Weather not a Welcome Sight at Ski Resorts in Susquehanna County

Herrick Township, Pa.  — Northeastern and Central Pennsylvania are expected to hit a rollercoaster with the weather. Temperatures that were in the teens j... 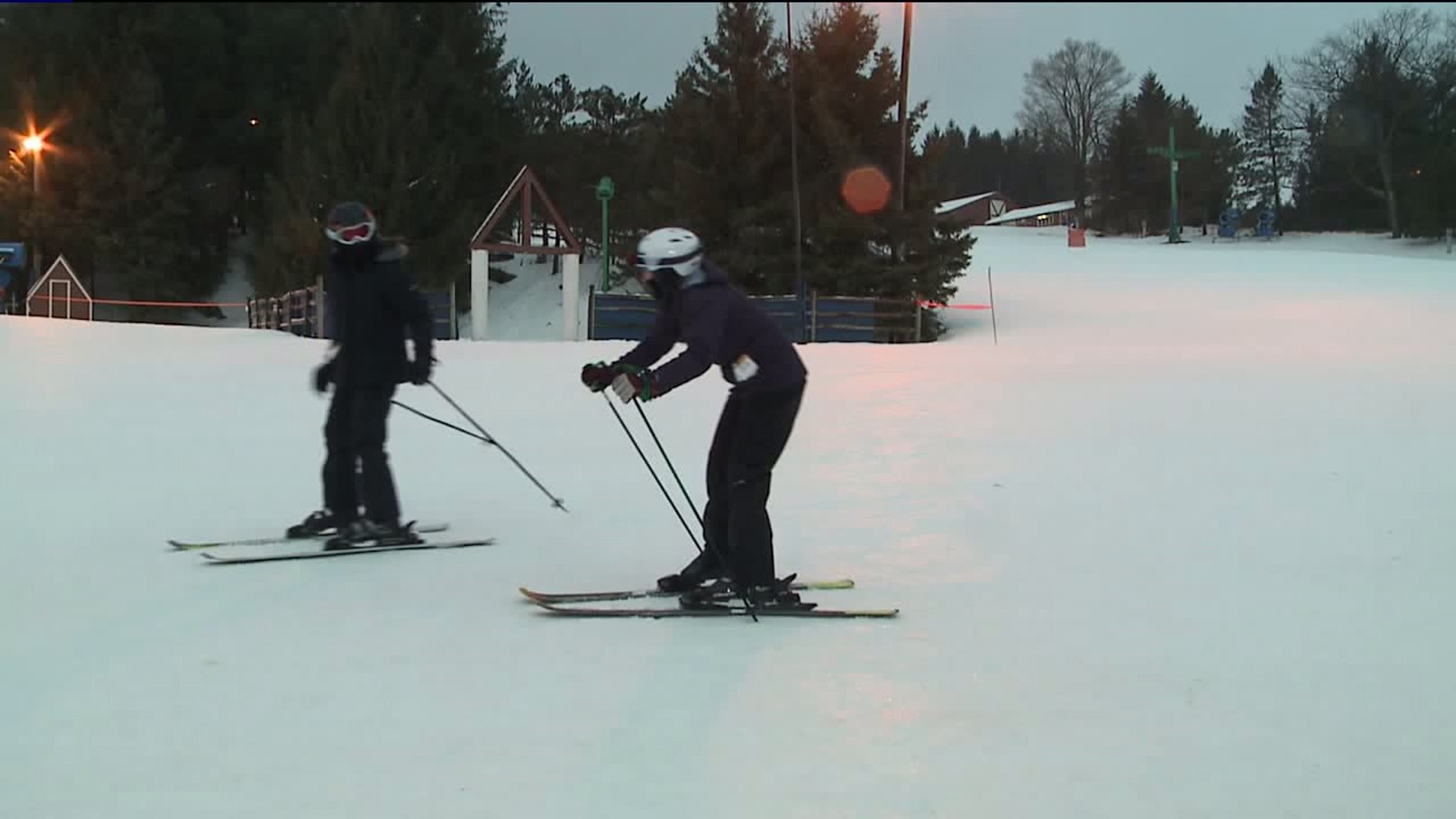 Herrick Township, Pa.  -- Northeastern and Central Pennsylvania are expected to hit a rollercoaster with the weather.

Temperatures that were in the teens just a few hours ago are expected to hit the 60's Saturday.

That’s just in time to affect the weekend on the ski slopes.

The skiers weren`t schussing down the slopes through light, powdery snow they typically find at Elk Mountain Resort and Old Man Winter can blame Mother Nature for that.

People in the ski industry say rising temperatures and the forecast for rain, don't make for a fun time on the trails.

Workers are trying to stay positive.

“What we`re hoping for is there`s not as much rain as is forecast but we`re been working hard making snow when we can when we have the temperatures permit it,” said Bob DeLuca with Elk Mountain.

Erin Sweigert brought her friends from Lancaster and says it`s a bummer they picked this weekend.

“My parents wanted to do it and we go back to school soon so they just wanted to do like a fun trip,” said Sweigert. “This was just the weekend they picked so.”

While those at Elk Mountain are hoping to slide through this weekend with some financial success, businesses around the resort that rely on that industry hope to as well.

At Idlewild Ski Shop down the road from Elk, the store was, well, idle.

“Everybody`s hanging out because we don`t have any business at the moment hopefully we`ll do a little bit tonight and hopefully the weather for Sunday will clear up and we`ll get a little few more people in,” said owner Jane Matthews.

Nearby Chet's Place is a popular watering hole for skiers and workers here hope the rain doesn`t dampen their spirits.

But there is a ray of light. Some skiers are still willing to go for it.

“It made it like a little slipperier, maybe like icier but it was still good,” said Michael Myers from Lancaster. “I didn`t really notice it while I was going down the slopes, so it was awesome.”

A good reason to get up to Elk this weekend?

This Sunday, the resort is holding its annual “Ski for Colin” fundraiser for early suicide prevention.

There are discounted lift tickets and a 50/50 and basket raffles through the afternoon.