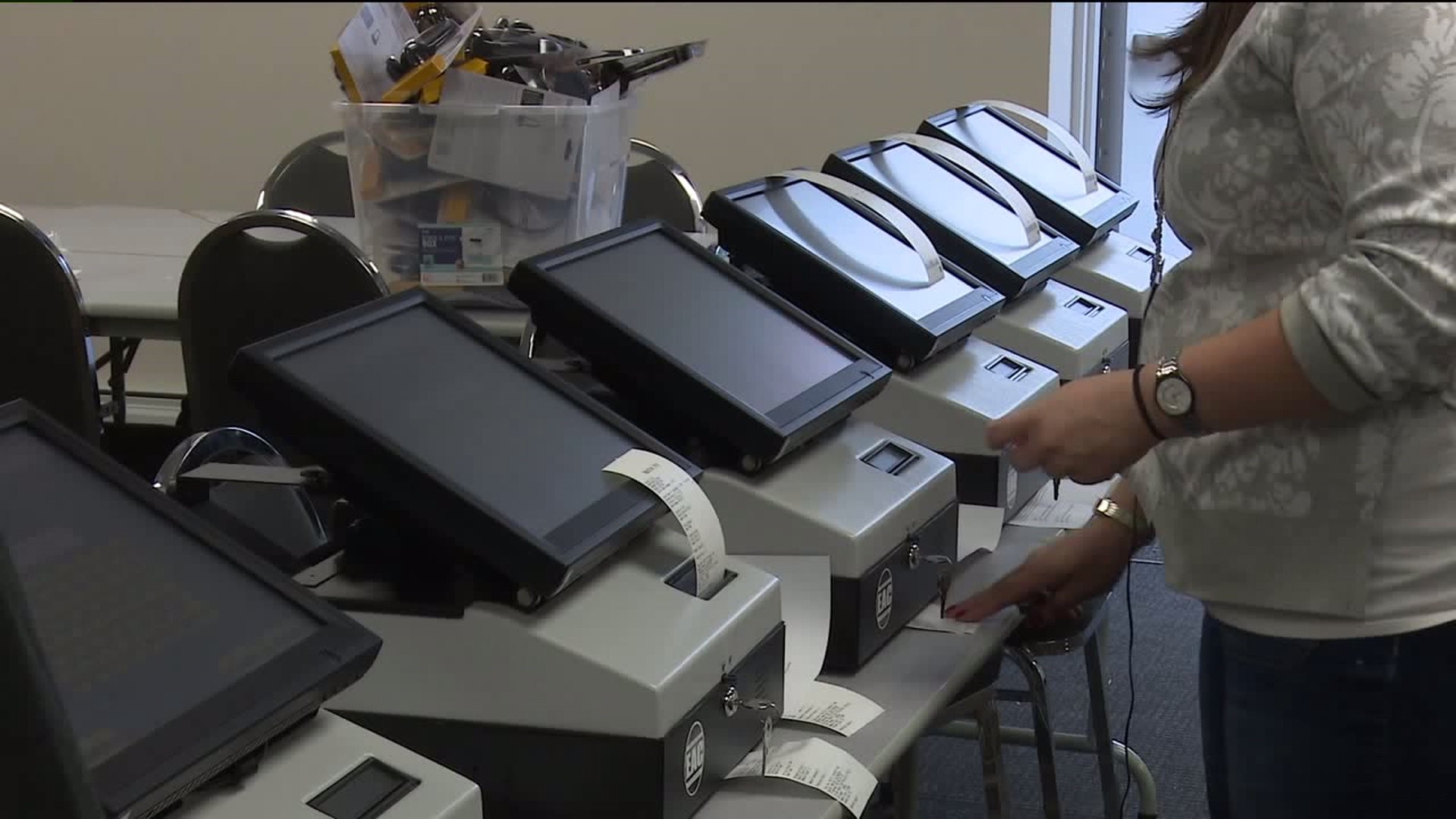 "Doing acceptance testing and that's basically just checking to make sure the machines are functioning properly and they pass all the tests and that we know that we're heading in the right direction for the November election," said SarahRae Sisson, Director of Elections.

Election officials in Susquehanna County tell Newswatch 16 the primary voting method for folks here will be the paper ballots. These new voting machines will be available at each of the 41 polling places for folks to use who have disabilities or for anyone else who wants to use them.

"I would prefer the machines. I think if they're set up right they're probably more accurate," said Peter Kane of Montrose.

Earlier this year the state department set new standards for voting machines, requiring them to leave a paper trail and be accessible for people with disabilities.

With these new voting machines, Susquehanna County meets those requirements.

"As well as allow us to streamline some processes on election night that will help get election results out faster," said Sisson.

One of those processes is the scanning of paper ballots.

"These scanners tabulate all the votes whether they are from the machines for voters with disabilities or the paper ballots filled out by the majority of voters," said Daniel Chalupsky.

Officials say poll workers will be trained on these new machines and will be able to assist voters on election day in November.