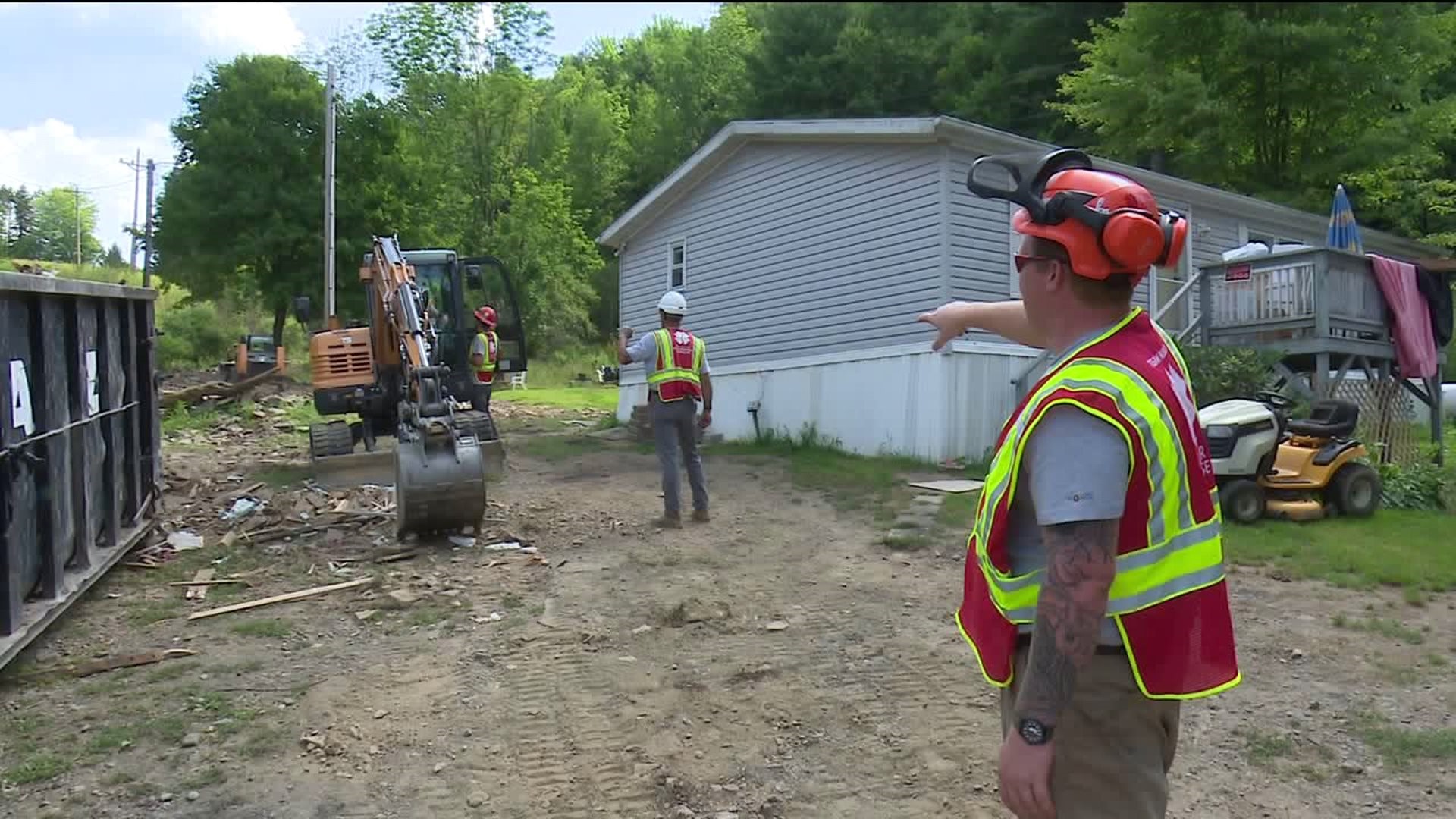 LIBERTY TOWNSHIP, Pa. -- Families in parts of Susquehanna County are still dealing with the aftermath of last summer's devastating flooding. Now, many are finally getting the help they need.

"I was just thankful we were alive, actually, because you don't realize what water can do until you see it like this," Carl Gelatt said.

On August 18, 2018, the Gelatt family had to escape their flood-ravaged home near Hallstead as heavy rains filled the creek next to their house and swept through their yard.

"I immediately called 911 because we had probably a good 200-foot span that was just four foot of raging water. It was so loud. I did not see a way out," Leslie Gelatt recalled.

Fortunately, they found one. Everyone made it out safely and the family's home is still standing. But with their backyard transformed into a pile of rocks and rubble, they needed help.

"We didn't know what was going to happen, really. We didn't know whether we were going to get any relief or not, or if it would just stay like this for years before we could actually fix it," Carl said. "But thank God for these guys."

"These guys" are part of a nonprofit organization called Team Rubicon, a group made up almost entirely of veterans who volunteer their service to help those affected by natural disasters.

"One of the beautiful things about this organization is its ability to give veterans a new sense of purpose," said Jacob Nilz of Team Rubicon.

Even as they bounce back from last year's flood, the Gelatts still live with the fear of it happening again, especially their daughter.

The efforts of Team Rubicon are not just about recovery, they're also about prevention. That's why they're building up the bank next to the creek that runs alongside the Gelatt's home, to minimize the risk of this ever happening again.

Team Rubicon will be in Susquehanna County until next week helping however they can.