Limit your pets' time in the cold

Newswatch 16's Courtney Harrison spoke with an animal rescue to remind pet parents about the dangers of cold temperatures. 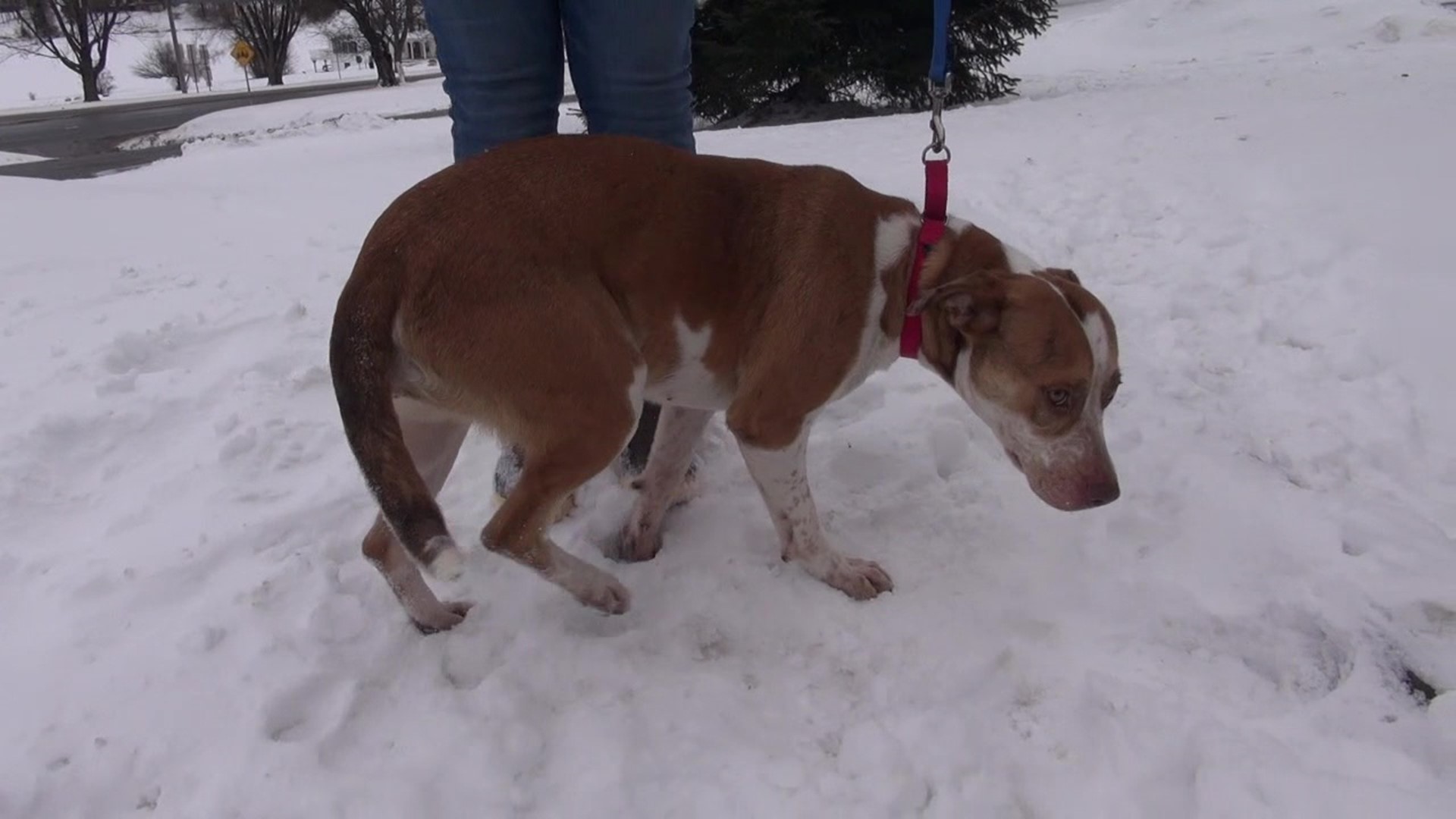 MONTROSE, Pa. — Employees at True Friends Animal Welfare Center near Montrose say they know this is the time to remind pet owners to protect their pets from the brutal cold by limiting the length of time outside.

"If you leave them out in the cold and nobody's around, they don't catch it in time, it's a death sentence for the animal," said kennel manager Lexis Thompson.

Thompson brought out Alexa, one of the shelter dogs currently available for adoption, just to show how quickly pets can react to brutal temperatures. In less than five minutes, Alexa was visibly cold and wanted to go back inside.

Depending on the size and the breed of the animal, they might tolerate the weather a little better. But when temperatures are this cold, the shorter the exposure, the better.

"It's easy for their temperature to drop and then to go into shock. You can see that it hurts their feet, especially like the salts on the roads, sidewalks, stuff like that. It will burn their pads," Thompson said.

Pennsylvania law has limits for how long a pet can be left in the elements, but employees at True Friends say the law isn't specific for extreme cold or heat. If you have concerns about a pet outside, there are ways to get that animal help.

"If it's like tied outside and it's a neighbor's dog, we don't have any authority to go get it. But their best bet would be to call the dog warden or humane officer or even the state police to get somebody out there to take it."

Shelter employees also say if you can no longer take care of a pet and wish to surrender it, please call and make an appointment with your nearby shelter. People who illegally drop off an animal, or are purposefully leaving their pet outside, can face legal consequences.