The incident occurred around 12:00 p.m. on Friday afternoon. 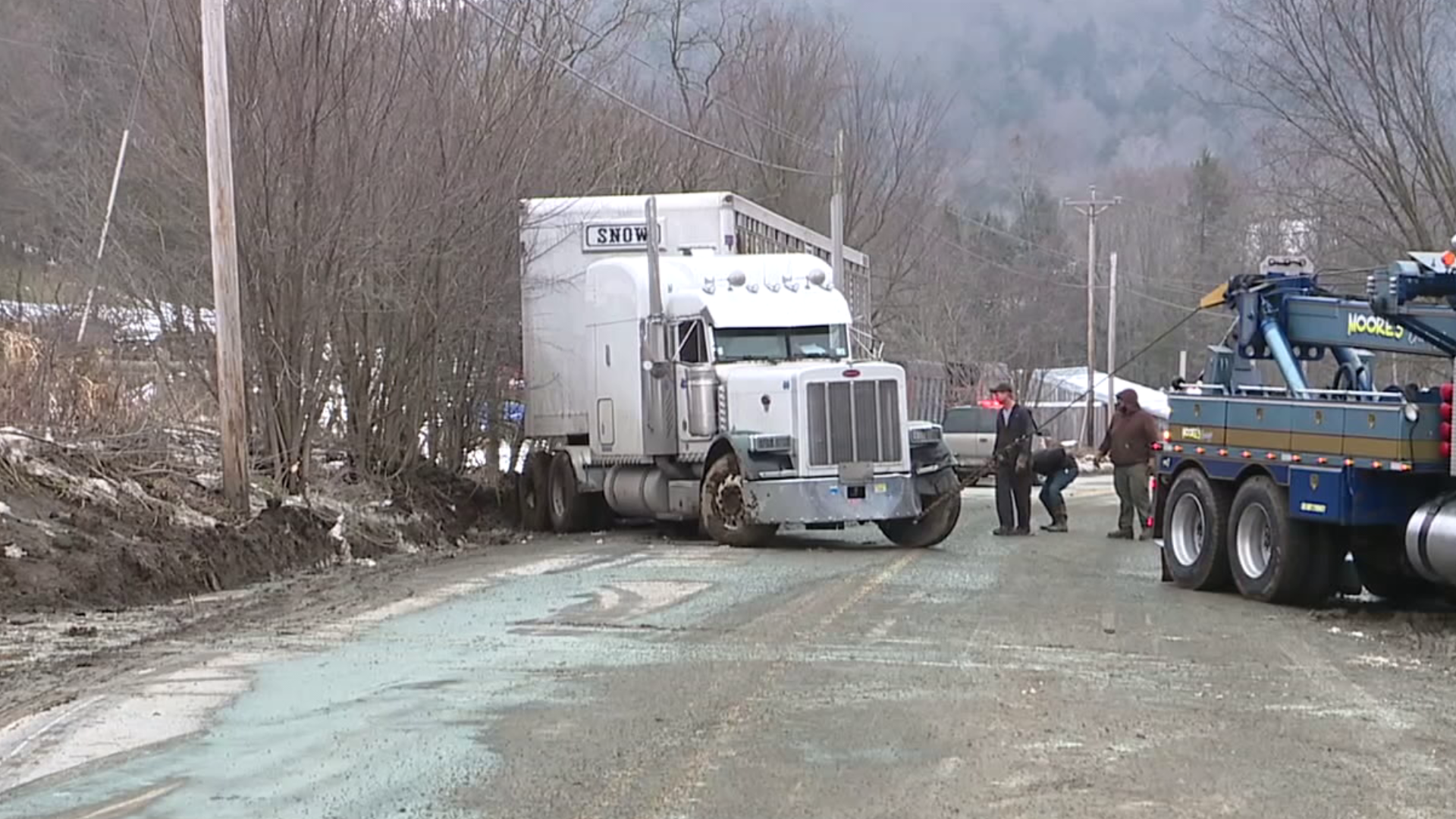 A truck carrying cows was involved in a crash Friday afternoon in Susquehanna County.

Officials on the scene say two trucks were involved.

The truck hauling the cows ended up in a ditch on Route 267 near Friendsville.

No one was hurt at the crash including the cows.

The road was closed for more than three hours while the cows were moved and the crash was cleaned up.