The Barn House That Love Built in Susquehanna County

NEW MILFORD, Pa. — A one of a kind house, tucked away in Susquehanna County, has a unique story. Not far off Interstate 81 near New Milford, stands a mass... 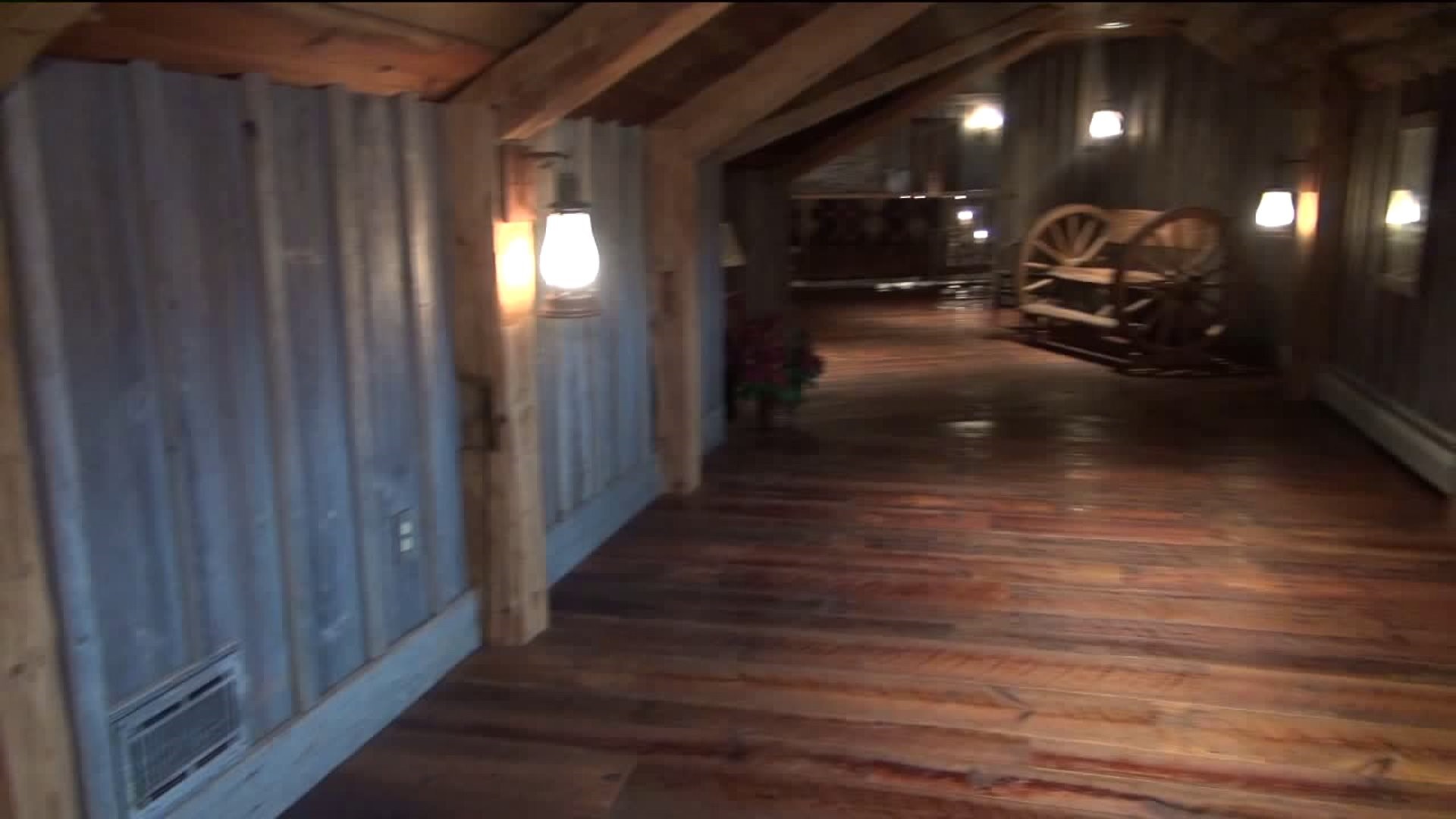 NEW MILFORD, Pa. -- A one of a kind house, tucked away in Susquehanna County, has a unique story.

Not far off Interstate 81 near New Milford, stands a massive $1.5 million home owned by Sandy Conklin. She and her late husband Leo started on this journey long before plans were made for this house.

"He had a dream, and he had a goal he wanted to reach. He was such a good man. Who wouldn't want to see him succeed? He met me, and he said if you help me grow my business, I'll give you a commission. Well, I did! And when we finally got around to it, he says to me, 'you know, it's cheaper to marry you,' so that's what we did," said Sandy Conklin.

That marriage in 1978 was the beginning of their story. The last chapter is known as "The Barn House," a nearly 5,400-square-foot home that boasts barn wood beams and reclaimed wood. Leo died in 2001, just six months before it was finished, but he lives on in so many places, including a post from 1855 he picked himself.

With so many unique rooms, with so many different styles, it's hard to pick a favorite, but you can because the house is for sale.  It has 6 bedrooms, 4 bathrooms, and a variety of other rooms to find your favorite space.

"It doesn't feel large. It feels warm and comfortable at all times. It just flows so nicely from one room to the next," said Jeff Davis of the Realty Network Group.  Jeff is the listed agent on the house.

"As much as I love this and the heart and soul that we put into it, it's time to move on," continued Sandy.

If you're interested in scheduling a viewing of the Barn House or want more information, click here for this listing.