HOP BOTTOM, Pa. — A man in Susquehanna County is accused of giving alcohol to three teenage girls, all while serving as a police officer. State police cha... 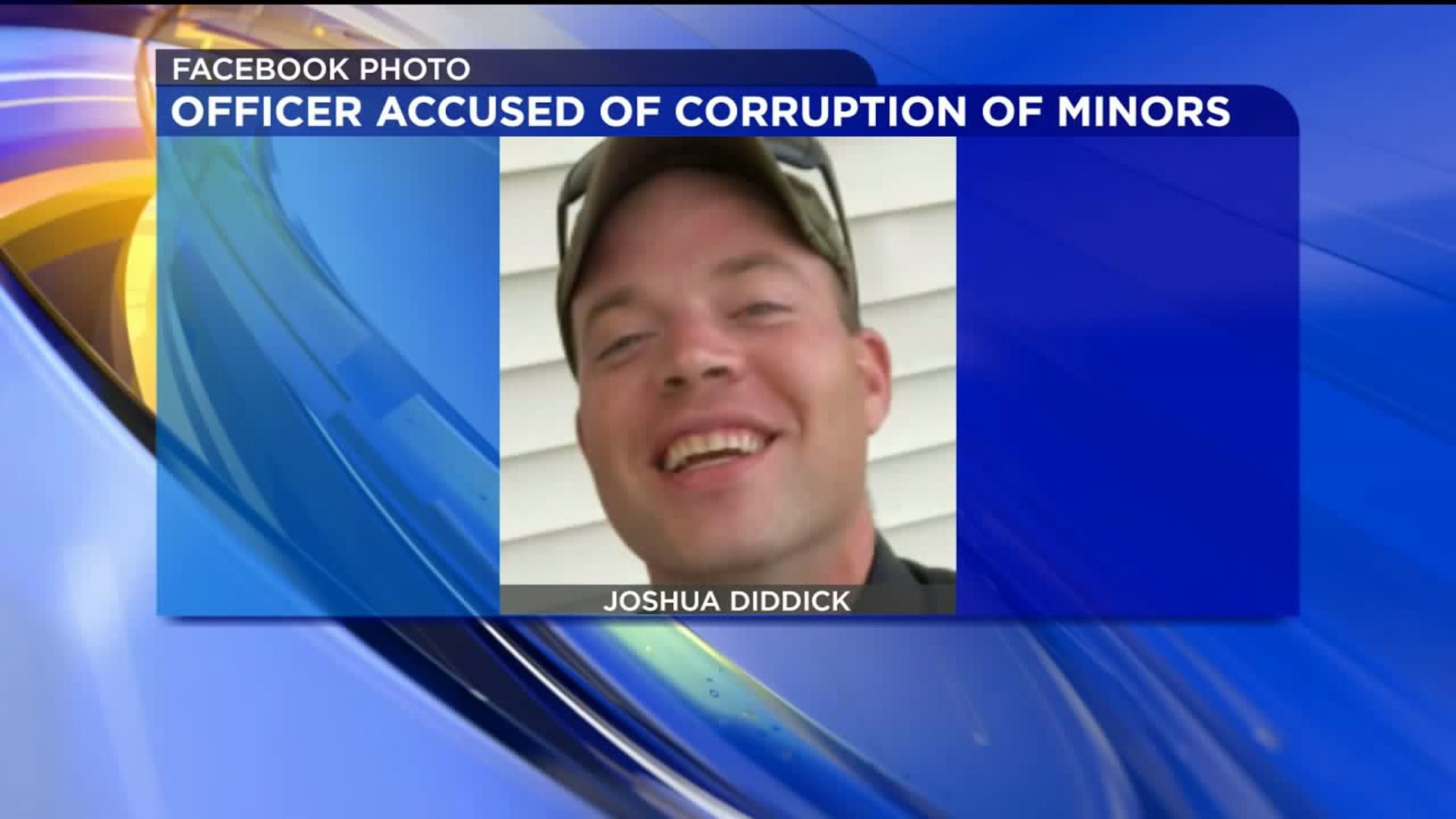 HOP BOTTOM, Pa. -- A man in Susquehanna County is accused of giving alcohol to three teenage girls, all while serving as a police officer.

State police charged now former Hop Bottom officer Joshua Diddick for that, as well as for not reporting that one of those girls was sleeping with an adult man.

Joshua Diddick is accused of providing alcohol to three teenage girls between April and June while serving as a police officer.

People here say it's disappointing to hear this.

“That's horrible, you're supposed to be able to trust the police officers to uphold the law, not break it,” said Stephanie Gray. “I would be very upset if I was the parents of these girls.”

State police also say one of those teenagers was having a sexual relationship with a married man and that Diddick knew it.

Court papers show the man and the teen would engage in sexual behavior while Diddick and the other girls drank alcohol at and around a house on Mack Road near Hop Bottom.

Diddick faces a felony charge of not reporting the relationship to authorities.

At a house outside of Nicholson, a woman who said she was his mother was stunned to hear what he's accused of.

“You talk to people, my son isn't that kind of boy. My boy would not even give drugs or alcohol. He's totally against it. I can't believe my son is,” she said.

According to Hop Bottom's mayor, Diddick resigned on August 22. That would be a day before state police reached out to Diddick about the allegations.

At Hop Bottom's regular council meeting, members held an executive session to discuss the charges against Diddick but declined to comment further.

His mother denies the accusations against her son.

“I cannot see that kid do this. Nope,” she said. “I have nothing to say because my son is not that way. If you've seen him and he's got a good rep up in Montrose where he worked and Hop Bottom. Not one bad thing about my son.”

After his arraignment, Diddick was released without having to post bail.

He is scheduled to be back in court next week