CLINTON TOWNSHIP, Pa. — A highway in Pennsylvania’s northern tier is more than just a busy road for people who live there. It connects two communiti... 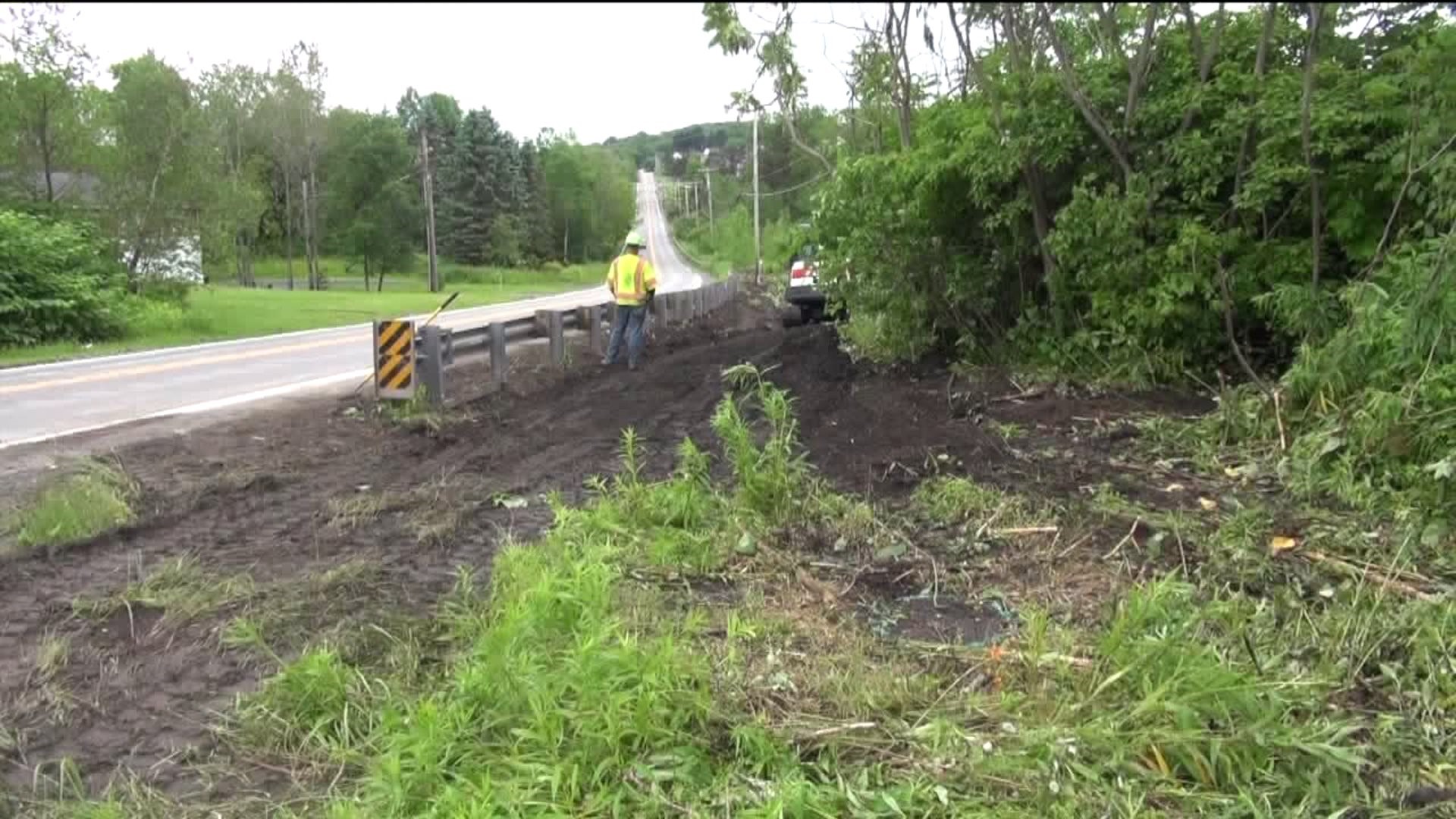 CLINTON TOWNSHIP, Pa. -- A highway in Pennsylvania's northern tier is more than just a busy road for people who live there. It connects two communities and two counties.

The excavator working along Route 247 in the Browndale area of Wayne County is breaking ground on a project that has been nearly a decade in the making.

"We thought someone is going to get killed here. We are really worried about this."

Linda Zefran and her husband walk, run, and bike this route often, like many of their neighbors. The road connects Browndale in Wayne County with Forest City in Susquehanna County, right next door.

"We had to walk single file because it was so dangerous, and if two cars were coming at once, between some of the overgrowth and two cars passing, we were forced to walk out into the road," Zefran said.

After calls and meetings with PennDOT and local representatives from both Wayne and Susquehanna counties over the past eight years, Zefran finally got the funding she needed through grants, and she was here for the groundbreaking. Just a few hours into the work, you can already see the path for where the sidewalk will go behind the guide rail, away from the road.

The sidewalk will be nearly one-mile long and will be convenient for folks who use the D&H Rail Trail in the Forest City area. It's a nearly 40-mile trail that extends from Carbondale to the New York state line.

"It's an entrance to the Rails for Trails system where a lot of people go biking, walking. You see people pushing their strollers, taking their babies for walks there, so there's a lot of traffic up this way."

The sidewalk should be complete in about eight to 10 weeks depending on the weather.