BROOKLYN TOWNSHIP, Pa. — People in Susquehanna County are showing their love and support for a place where plenty of memories were made. Members of the gr... 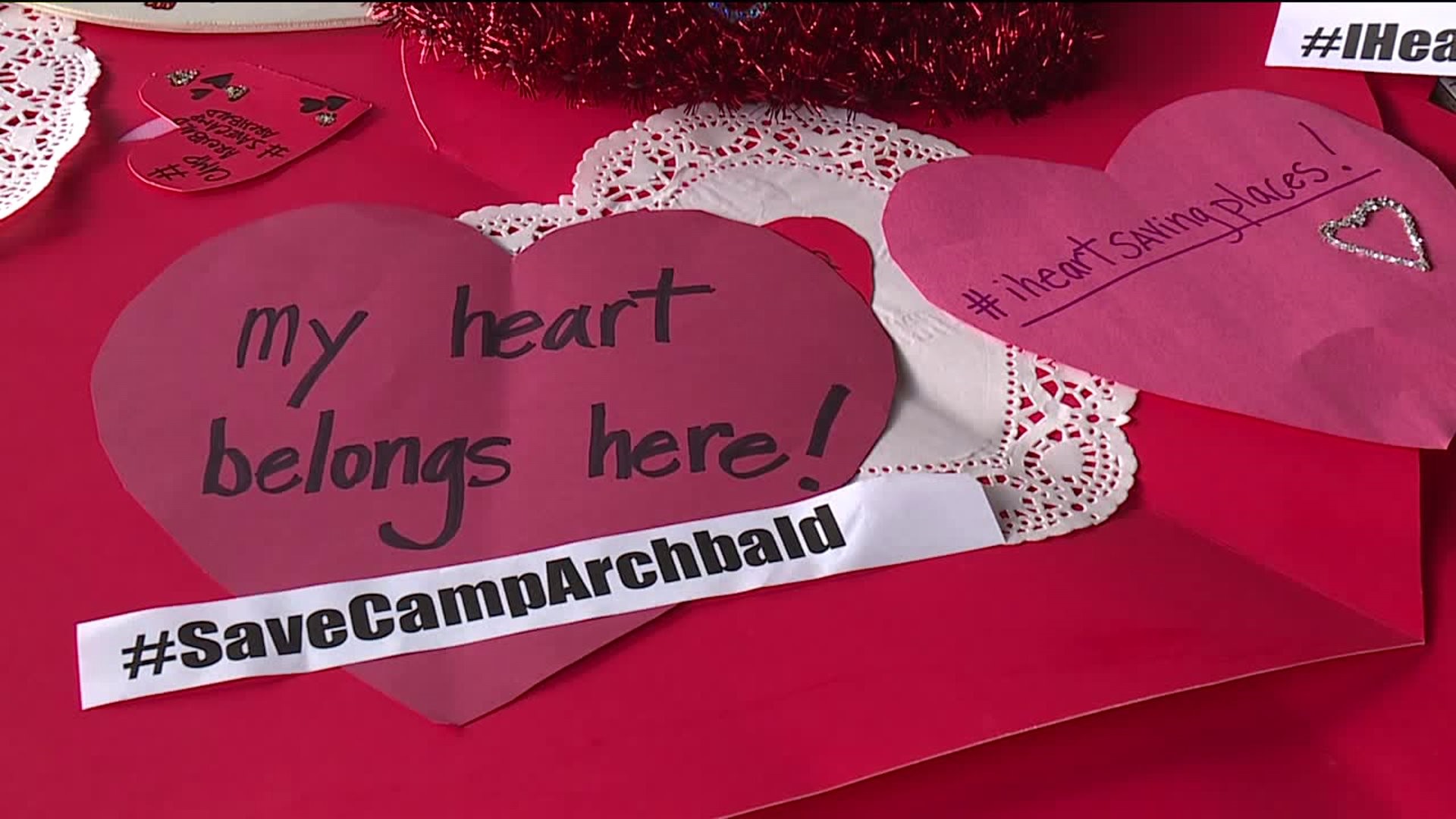 BROOKLYN TOWNSHIP, Pa. -- People in Susquehanna County are showing their love and support for a place where plenty of memories were made.

Members of the group Supporters of Camp Archbald were out Sunday afternoon at the place near Kingsley.

The group was "heart bombing" the camp by taking pictures and posting their messages on social media along with Preservation PA, which named the camp as its top five at-risk sites for 2019.

Last year, the Girl Scouts of Pennsylvania announced camp will only be held one week out of the year, which is put on by the supporters now.

"I was really happy to see that Preservation PA tapped into this great resource. I don't think a lot of people know what's here. Maybe you came as a camper as a kid. Maybe you went with your school. Maybe you were a Girl Scout. And all of a sudden, you didn't realize it was in trouble. But we want to make sure that we get the word out, and the more people that know the more chance we have to save it," said former camper Holly Legate.

Members of Supporters of Camp Archbald tell Newswatch 16 they hope to raise enough money to eventually buy the camp in Susquehanna County.