Serving Warm Meals to Members of the Military on Veterans Day 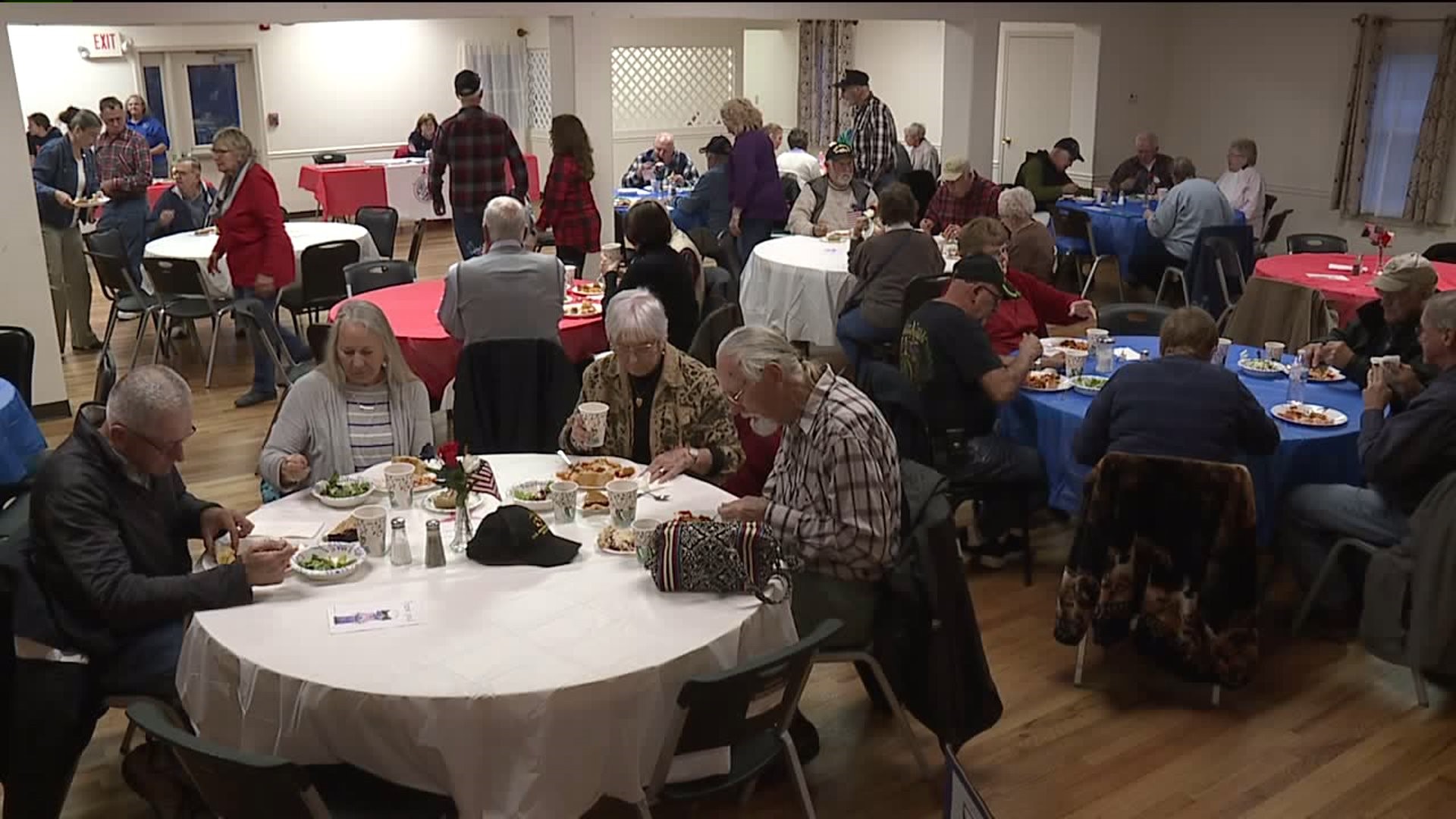 MONTROSE, Pa. -- Volunteers served a warm meal to hungry veterans at the VFW Hall in Montrose.

Vietnam veteran John Horn said he appreciates the warm welcome, considering that wasn't how he was greeted coming home from war.

"We got spit on. We got stuff thrown at us. Today when they come back, they come through the airport, and you see people there waving flags and everything. When we came back, you didn't see that," Horn said.

Thomas Jagel spent 18 years with the Army National Guard. Jagel was in Kuwait for two years. He said being able to share stories with veterans of different wars is deeply meaningful.

"I wish more younger guys would kind of come to this kind of stuff to actually talk with the older guys and who have been everywhere and done so many great and crazy things," Jagel said.

This dinner for veterans was also prepared by a veteran. The chef was Ignazio Cavellero. He got his experience as a cook during his time as a marine.

"It's an honor. I did it for them when I was young, and now they're doing it for us because we're old. With that said, I thank all of them," Cavellero said.

The meal was made possible by Montrose Business and Professional Women. The group also made sure there was also one seat reserved for those who couldn't be there: the Prisoners of War.

"It's important that we honor them. We don't want them to be forgotten," Air force veteran John Rudzianski said.

Donations were collected for the non-profit Twin Tiers Honor Flight.

The organization sends veterans on trips to Washington, D.C., so they can see national monuments that honor those who have served.