THOMPSON, Pa. — The horses in Ellen Johnson’s backyard are without their buddy, Bubba. He went missing from his home in Thompson ten days ago. Now, his ow... 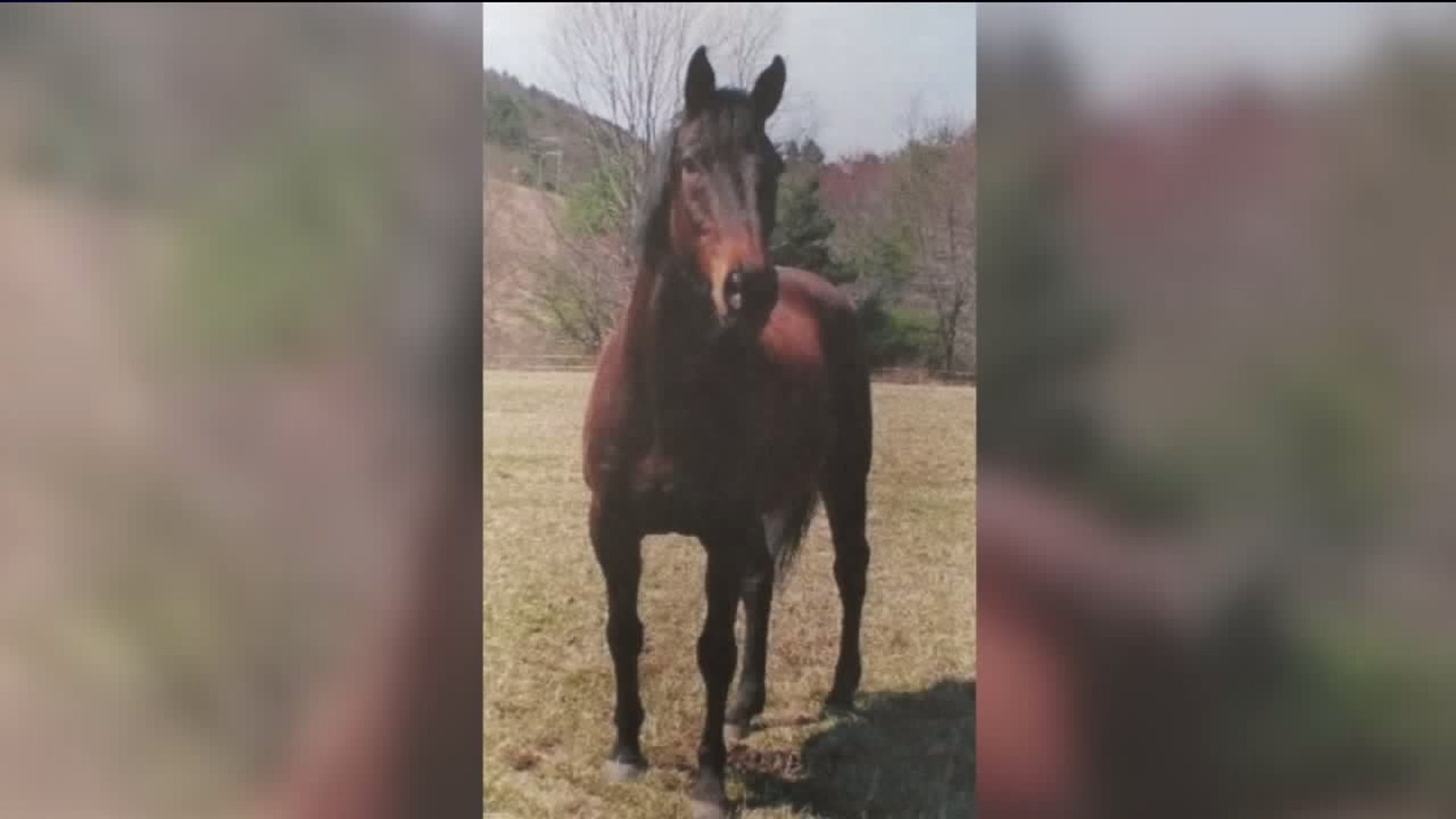 THOMPSON, Pa. -- The horses in Ellen Johnson’s backyard are without their buddy, Bubba. He went missing from his home in Thompson ten days ago. Now, his owner is handing out fliers to find him.

“Bubba was one of my mom's favorite horses and she recently passed away July 30. I promised her I would take good care of her three horses, two dogs and cat,” Dr. Ellen Johnson said.

SEARCH FOR MISSING HORSE: This is Bubba. His owner is worried sick right now because she promised her late mom she would take care of him. The all black 26-year-old Gelding went missing ten days ago in Thompson. Her story is coming up on @WNEP pic.twitter.com/d00A7F9XxK

She is doing all she can to find the missing horse since Bubba was so close to her late mom.

People nearby are sympathetic. Some are joining the search for Bubba on their own horses.

“Just wanted to find a horse! I saw it on Facebook and I'd be worried sick if this guy was out so,” David Woods of Ghouldsboro said.

There have been two sightings of Bubba since he went missing both within a mile of each other. The first was on Gelatt Road and the most recent was on Cottrell Road last Saturday.

“He's not used to being outdoors all of the time. He's used to being fed indoors, twice a day with his grain meals,” Johnson said.

Bubba is a 26-year-old, all-black gelding. Johnson said he is approachable and gentle.

She hopes he comes home soon because he is a very special horse.

“On the very last riding lesson, he gave he actually hugged the rider. He put his head over her shoulder and gave her a hug. He's a horse with a very big heart,” Johnson said.

If Bubba isn’t found on Friday, there will be another search on Sunday.