Schools Combine for a Team Effort on the Field

MONTROSE, Pa. — Some football programs in our area are the heart of their towns, but one team in Susquehanna County draws from a number of schools all to ... 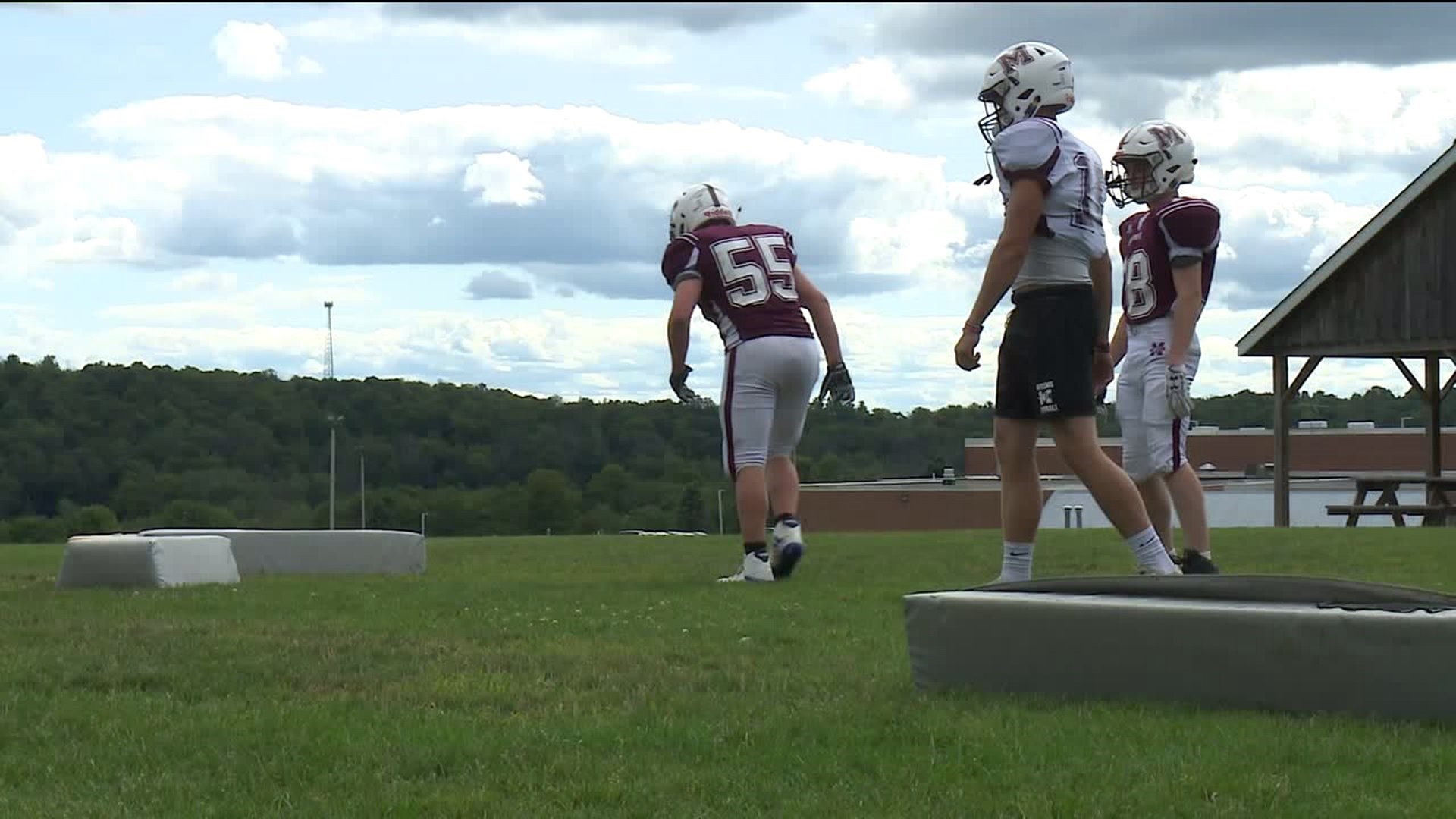 MONTROSE, Pa. -- Some football programs in our area are the heart of their towns, but one team in Susquehanna County draws from a number of schools all to keep the program afloat.

A new coach, a new season -- that's what's new for the Montrose Area football team. It's already week two of the season and there are still plenty of roster spots.

In order to fill the gaps, the Meteors have a co-op program with two neighboring school districts. Students at Elk Lake and Mountain View who don't participate in a fall sport at their school can play for Montrose because neither school has a football program.

"Having kids come from one school is difficult enough, but trying to get kids together from two others, it was difficult. I'd say since about June on, we have a good group of parents here as far as carpooling to get the kids over here. That has made life very easy," said Montrose football coach William Sandly.

Lots of teams are struggling with interest and participation in football programs. Coach Sandly hopes that by the co-op being three schools, more players will come out and join the team this season.

The Meteors will already play one fewer game this season. Holy Cross in Dunmore did not have enough players to field a team.

Players for Montrose hope that isn't their future.

No matter what happens, playing on this team is a chance for friendships to cross over school rivalry lines.