BROOKLYN TOWNSHIP, Pa. — You’re probably tired of dodging potholes during your daily drive. One area school district sees so many potholes on its bu... 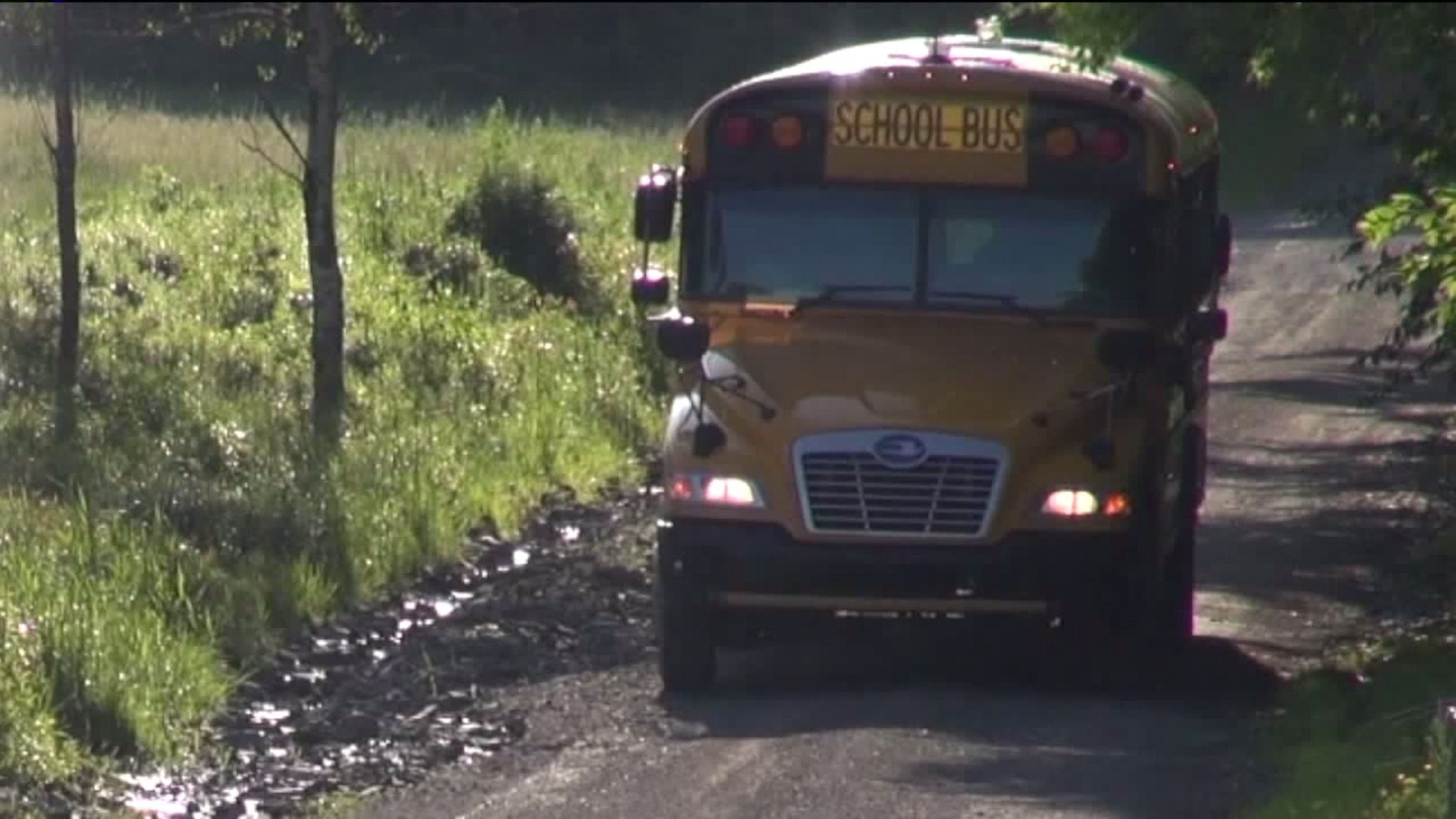 BROOKLYN TOWNSHIP, Pa. -- You're probably tired of dodging potholes during your daily drive.

One area school district sees so many potholes on its bus routes that drivers can't avoid them, and kids on the bus claim the rough rides leave them with headaches and backaches.

The roads in question are maintained by PennDOT, but bus drivers say the state is failing to keep these roads drivable. As a result, drivers say students and the buses pay the price for these rough rides.

The morning bus taking children to schools in the Mountain View School District starts off in the center of Brooklyn Township in Susquehanna County. Then, the route reaches a dirt road that is supposed to be maintained by PennDOT.

"It's like a minefield of craters. And you have to hit them, you can't miss them, because there's just too many of them," said bus driver Dan Anthony.

Dan Anthony has been driving kids to school for the past 27 years. He says this school year was a nightmare driving the bus. Narrow roads saw ditches get deeper and potholes became impossible to avoid.

Newswatch 16 installed a camera in the back of Anthony's bus for the morning route. Even though he slowed down at every pothole, we caught at least 15 occasions when students on the bus were jarred and jostled.

Parents worry about their kids' health and safety.

Bridget Evans has an 11 year old and a 9 year old who ride the buses daily.

"It can be dangerous. You hit a big bump they're bounced all over," said Evans. "They'll come home and have a headache. They get bounced around, and they have a longer bus ride."

"They'll complain about their lower back just from being jostled around, or their neck just from riding the bus," said parent Matt Thomas.

There are so many potholes that the ride that should take 45 minutes takes longer than an hour.

Anthony finds it harder to keep his buses on the road. The undercarriage of the bus sounds like it's about to snap and the bulb is about to be jarred from a headlight. The bad roads are putting wear and tear on the buses from the tires to the axles. But that's not the only concern.

"You come to a point where you have to say, is it worth the equipment getting beat up or somebody getting hurt? And you say, 'OK, I'm not going down that road anymore.' And somehow, a parent has to get that kid to school," Anthony said.

"I know that PennDOT has a lot of projects throughout the summer, so hopefully that's something they can get to between the end of this school year and the beginning of the next school year," said Witiak.

"Our goal is to have every school district's roads in much better shape than they are currently as the school season comes to a close," said Brian Small, PennDOT's highway maintenance manager for Susquehanna and Wyoming counties.

Small says the 60 miles of dirt roads maintained by the state in Susquehanna County were too hard to keep after summer floods and record rainfall.

"That just seems to increase the speed in which the roads begin to deteriorate, and then when you get floods, that washes out the ditches, and then water's running in the roadway sometimes," Small explained.

Bridget Evans wants the state roads in and around Brooklyn Township fixed.

"The roads shouldn't be that way to begin with," Evans said.

Anthony hopes he can get his students to and from school without the bumps and ruts that he now cannot avoid.

PennDOT denies that and promises it will do its best over the summer to get the dirt roads in Mountain View and in other rural districts ready for school buses when classes resume next fall.