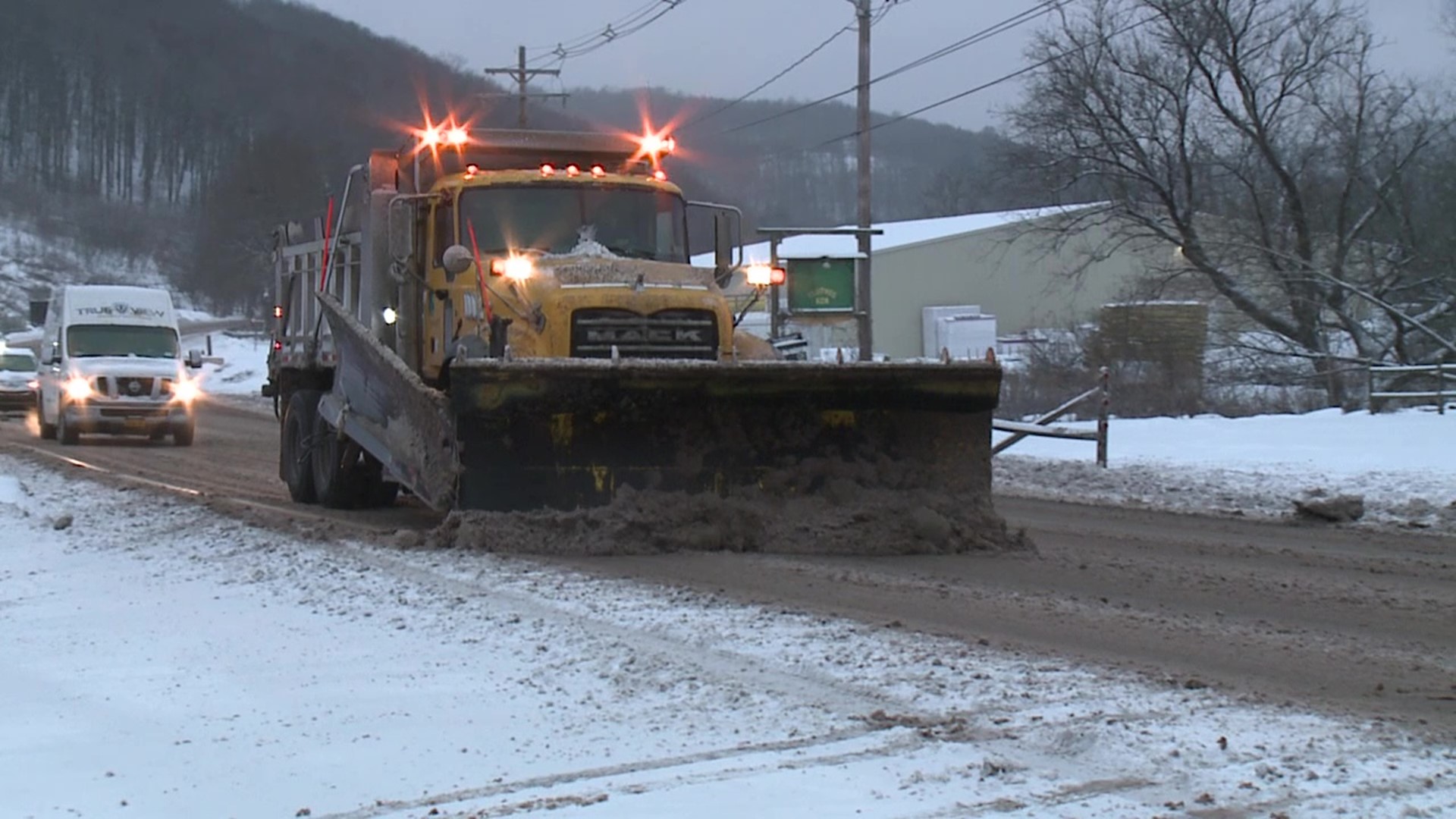 Not a major event for most in northeastern and central Pennsylvania.

Still, some folks faced quiet the mess, especially as afternoon turned into evening.

Susquehanna County and the Poconos were among the hardest-hit areas.

In New Milford, about two inches fell, just enough to be a nuisance to drivers like Natasha Johnson.

"It's been pretty crazy. It's been off and on. Snow, heavy, light. It's turned to ice. I mean, my car for being a little car, it's been dragging," Johnson said.

Newswatch 16 had a similar experience driving around as well.

Many roads were slick as we drove 20 miles south from New Milford to Forest City.

Drivers were definitely taking it slow.

It took us about an hour to get from New Milford to Forest City, where it would normally take about 30 minutes.

"I'm just tired of this weather. I'd rather warm weather. I'm what they call a fair-weather person. I've done enough driving in this weather, and that's why I have four-wheel drive," Bill Newhart of Starrucca said.

In Honesdale, Jason Venesky shovels snow; he was working overtime in this storm.

"Strenuous because as sidewalk shovelers, we constantly keep on going, and we're outside all night, so it's kind of hard," Venesky said.

Some good news, our Stormtracker 16 team, said temperatures might actually go up a degree or two overnight.

Crews hope that will ease some of the icy conditions.