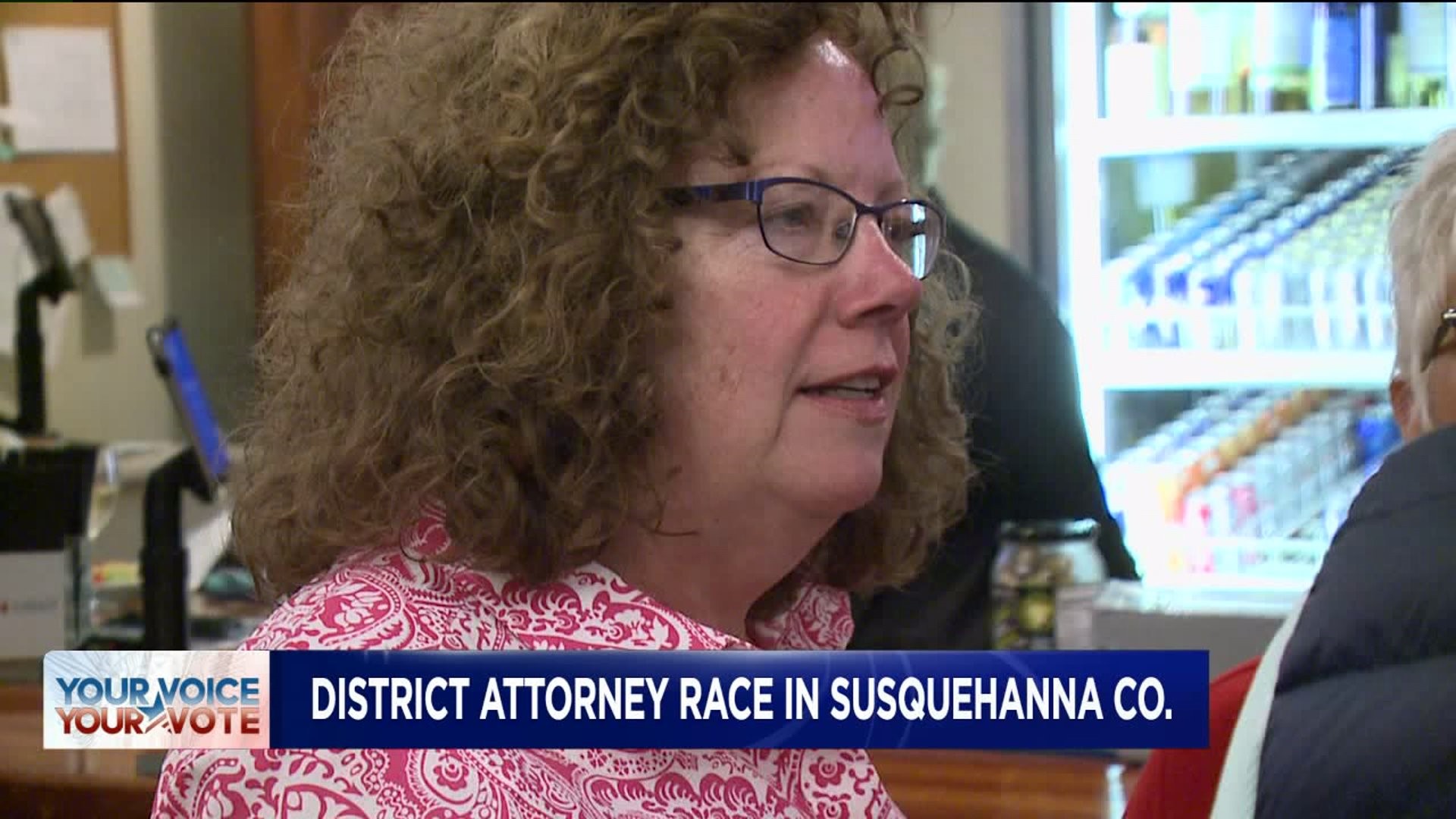 The two Republicans running for district attorney of Susquehanna County went to court to see who would take over when D.A. Robert Klein died after an illness in 2017.  Klein was elected district attorney in 2015.

Bill Urbanski believed he should become D.A. under Commonwealth law because he was Klein’s First Assistant District Attorney.

County Judge Jason Legg refused to swear in Urbanski as district attorney, so Urbanski recruited his friend, Luzerne County Magisterial Judge James Haggerty to swear him in at the Urbanski family home in Mountain Top, Luzerne County.  Urbanski went so far as to have the Susquehanna County website changed so he was listed as D.A.

O’Malley, who was next in line for the job, challenged Urbanski’s claim to the top spot in court.  She won her case before Judge Legg, was named D.A., and immediately fired Urbanski.

The Court of Common Pleas upheld Legg’s ruling, and the case made it all the way to the Pennsylvania Supreme Court.  A little more than three weeks ago, the court ruled in O’Malley’s favor.

O'Malley has no challenger on the ballot in the general election.

CLICK HERE for the latest election results and more.