NEW MILFORD TOWNSHIP, Pa. — Firefighters used so much water battling flames at a restaurant overnight in Susquehanna County that the community is now deal... 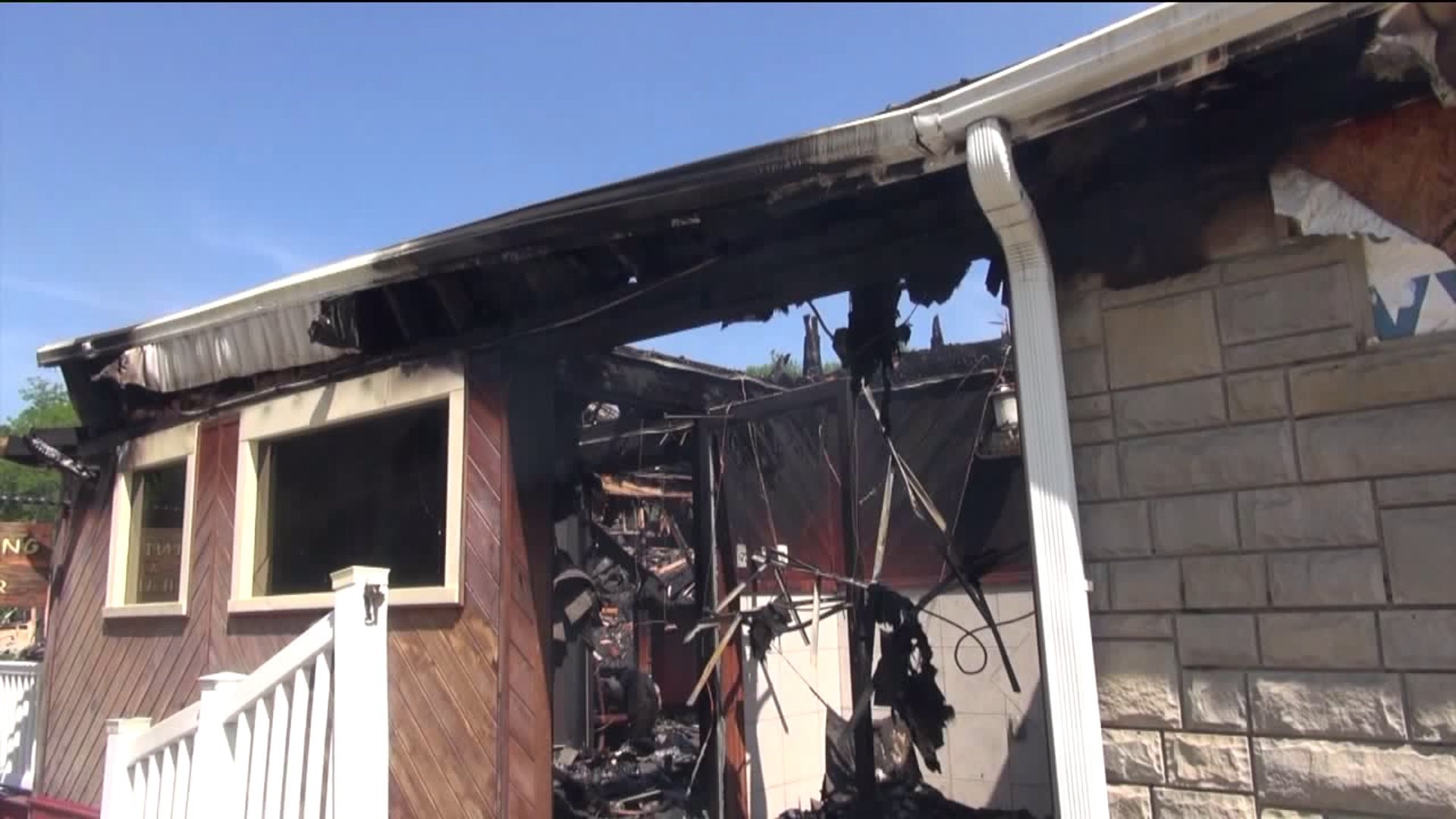 NEW MILFORD TOWNSHIP, Pa. -- Firefighters used so much water battling flames at a restaurant overnight in Susquehanna County that the community is now dealing with a water shortage.

The fire ruined the restaurant that had been in New Milford for decades.

The fire started just before midnight and gutted the Summit Restaurant near New Milford. That borough is asking people to conserve water to help restore the supply.

At the fire scene, people stopped by all day to hold on to memories made there.

Smoke could be seen pouring out of what's left of the Summit Restaurant in Susquehanna County. Hours after the overnight fire was put out, hot spots rekindled and were extinguished by firefighters.

Some cars slowed on Route 11 so drivers could get a glimpse of what was left. Others stopped to take it all in.

"I said, 'Oh, my goodness what a waste.' It is just sad that it is gone," said Rebecca Kinney of New Milford. "It was very sad. It was like part of my history was gone."

The Summit is closed on Mondays and Tuesdays. Fire officials say nobody was inside when the fire started, and no one was injured. The damage was widespread, debris and broken glass in the place where the restaurant once stood.

Rebecca Kinney started as a bartender and eventually worked her way up to managing the restaurant in the 1980s.

"It was a beautiful building. It was a nice place to go eat and socialize. And you always feel sad when you lose that kind of place. It has been there for a long, long time," Kinney said.

"As soon as I saw I started thinking, 'Hey, that is the place, years and years ago -- even though there's not a lot of stuff left, that is the place my grandparents used to own and I used to spend a lot of my childhood days," said Michael Erat.

Longtime WNEP photographer Michael Erat's family bought the restaurant after World War II and owned it until the 1970s back then it was called the Summit Tea Room, Photos from the mid-1900s show when it was a filling station.

"When I drove by here I was always reminded of my grandma and grandpa and my dad because my dad used to pump gas here a long time ago, and it was always nice to have that reminder. I'll miss this place," Erat said.

The state police fire marshal says there is too much damage to find the exact cause of the fire, also adding the fire remains under investigation.

As for the water situation, a boil water advisory is in effect until further notice.