Presidents Day on the Slopes at Elk Mountain

HERRICK TOWNSHIP — Temperatures in the teens with snow showers didn’t stop skiers and snowboarders from having some fun on Presidents Day at Elk Mou... 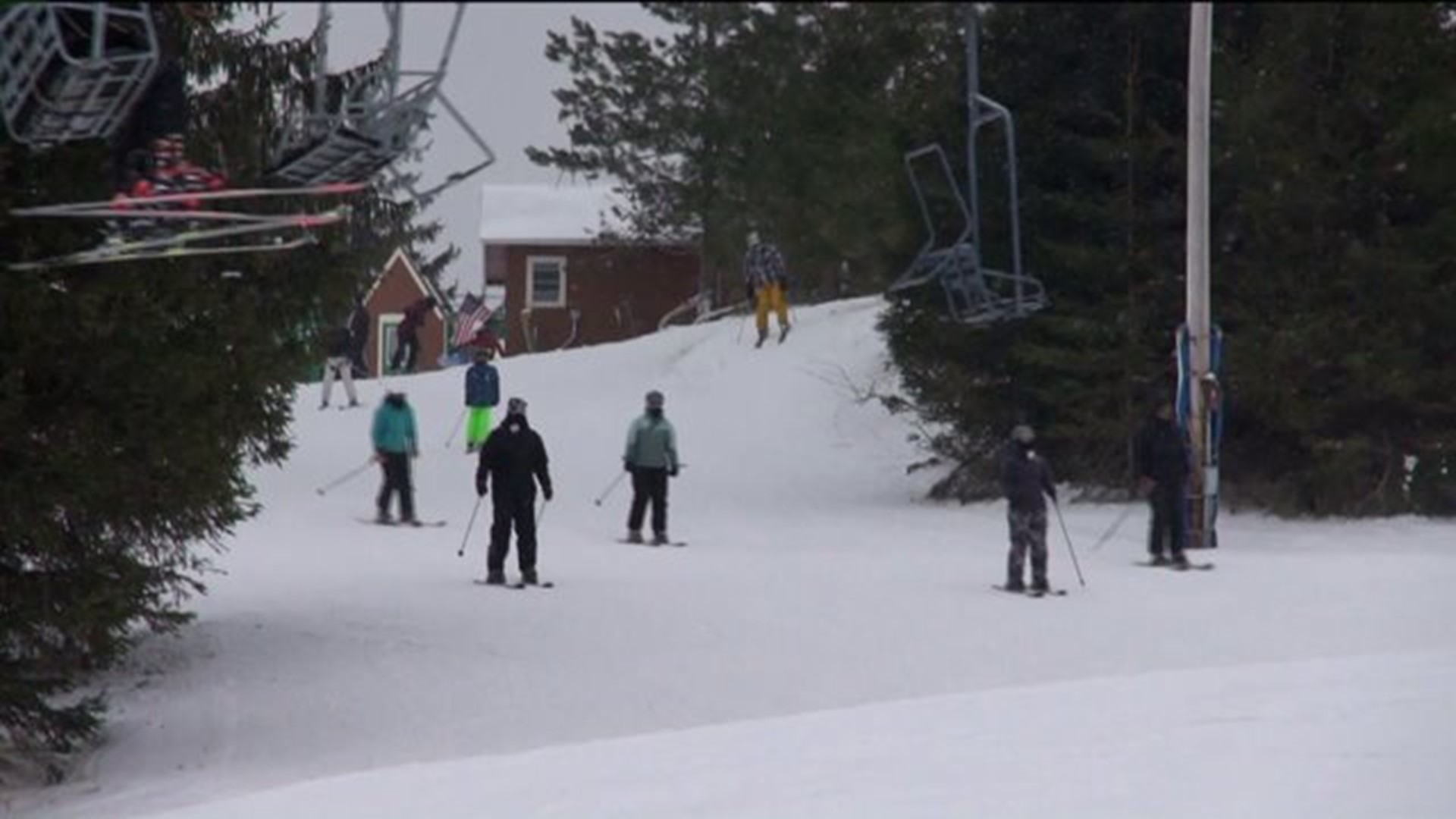 HERRICK TOWNSHIP -- Temperatures in the teens with snow showers didn't stop skiers and snowboarders from having some fun on Presidents Day at Elk Mountain in Susquehanna County.

"It's probably one of the warmest days because yesterday it was in the negatives and so was Saturday," Lily Wagner of Radnor said.

The ski resort near Union Dale has been filled with families all weekend.

Employees say at first they didn't know how many people would brave the frigid temperatures on what's typically the busiest weekend of the season.

"We were prepared, but we just didn't know how many people would brave it. They seem to come out more on Thursday and Friday this year," Bob DeLuca of Elk Mountain said.

"Really, really fun. It was icy but it was cold and besides that it was good," Jillian Matunis said.

Employees at Elk Mountain said over the weekend it was -18 degrees.

The wind chill at times was more than 30 degrees below zero.

The dangerously cold temperatures and wind chills didn't stop Gabe Dulisse and his family from hitting the slopes.

"It has been extremely cold, just bone chilling weather. However being outside being properly layered makes for a great day skiing on the mountain," Dulisse said.

Skiers and snowboarders say with that in mind, they plan to be on the mountain as much as possible.

"We're trying to get as much of the season in as best we can. Hopefully, the weather will hold up and we're able to make up for lost time," Dulisse said.