UNION DALE — A natural gas pipeline project has closed part of a popular rail trail in Susquehanna County, but crews believe they will finish the project ... 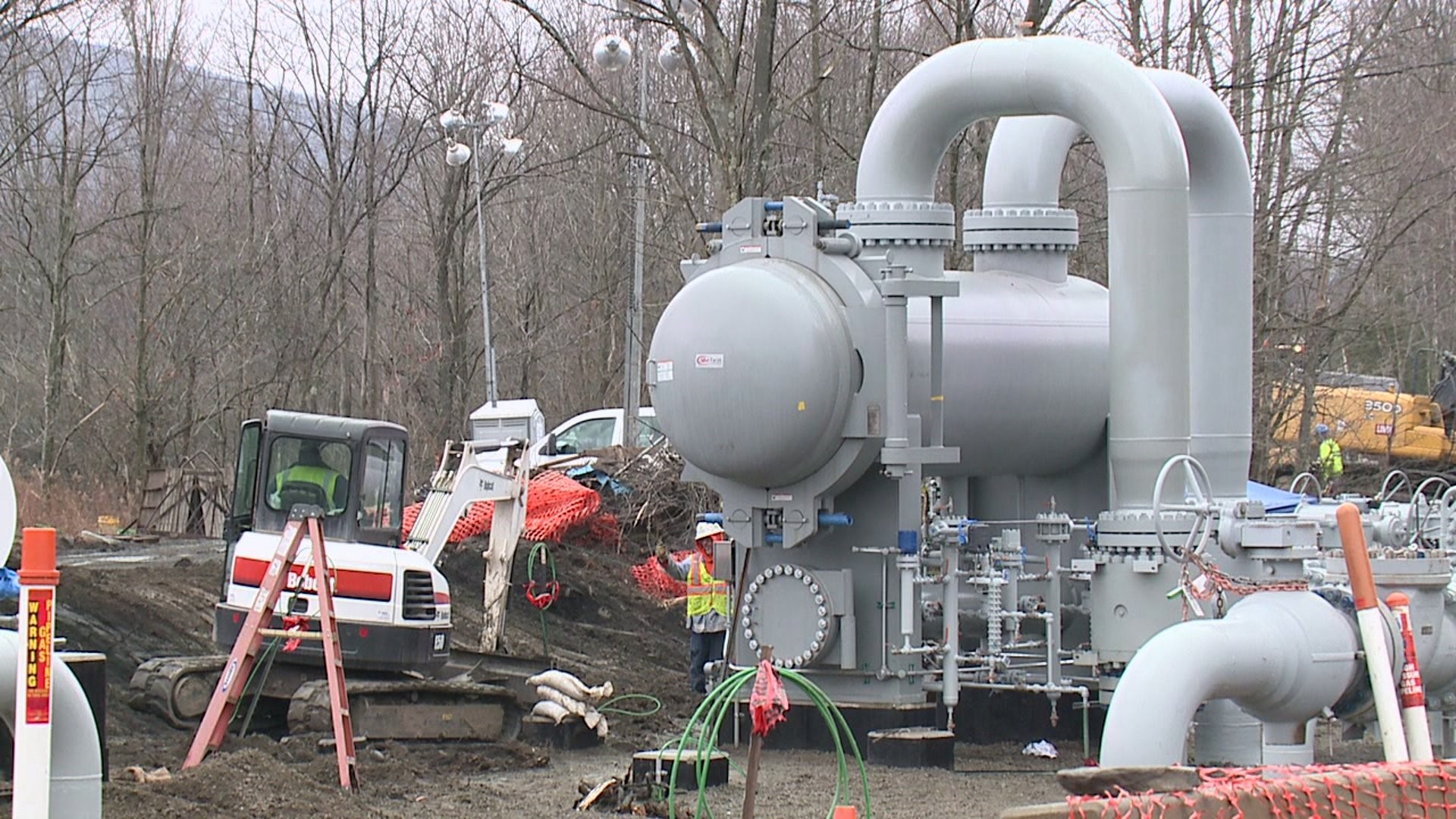 UNION DALE -- A natural gas pipeline project has closed part of a popular rail trail in Susquehanna County, but crews believe they will finish the project on time.

Dozens of construction workers, big trucks, and machinery are all busy working to finish part of a pipeline project in the Forest City area.

UGI, the natural gas company, is adding more capacity to its pipeline that runs right along the D&H Rail Trail all the way to Union Dale, and the pipes and equipment connect to the Marcellus Shale gas heading to a new power plant in Jessup.

"If you travel the road every day, you have to deal with the stop and go, but they've been working hard all summer long," said resident Jessica Polednak.

The rail trail between Forest City and Union Dale has been closed since April. It's expected to open sometime by late spring 2018 after a lot of what was done to increase capacity for the pipeline is replaced. Some believe the rail trail will be better than new.

"In the end, we'll have a much better trail, much better surface than we've had. (We're) looking forward to that," said Lynn Conrad, D&H Rail Trail.

According to UGI, the added pipeline is now in the ground. All that's left is to finish a section in Union Dale as weather allows and improve drainage along the rail trail.

"That trail is the main trail for snowmobilers in the winter time and also in the summer for hikers and cyclists, people who want to enjoy trails up here," Polednak added.

Union Dale Mayor Keith Foster says the pipeline project has increased business at Cable's Deli. While some neighbors have had to put up with the one-lane road and all the construction traffic, Foster hopes the result is a positive one.

"Hopefully, they put the rails to trails back to where it was before they started and I've seen some instances where they'll probably improve it some," the mayor said.

The pipeline project is slated to finish by late spring next year.