LIBERTY TOWNSHIP, Pa. — PennDOT is getting to work on rough roads and damaged bridges in Susquehanna County this construction season. The sound of emergen... 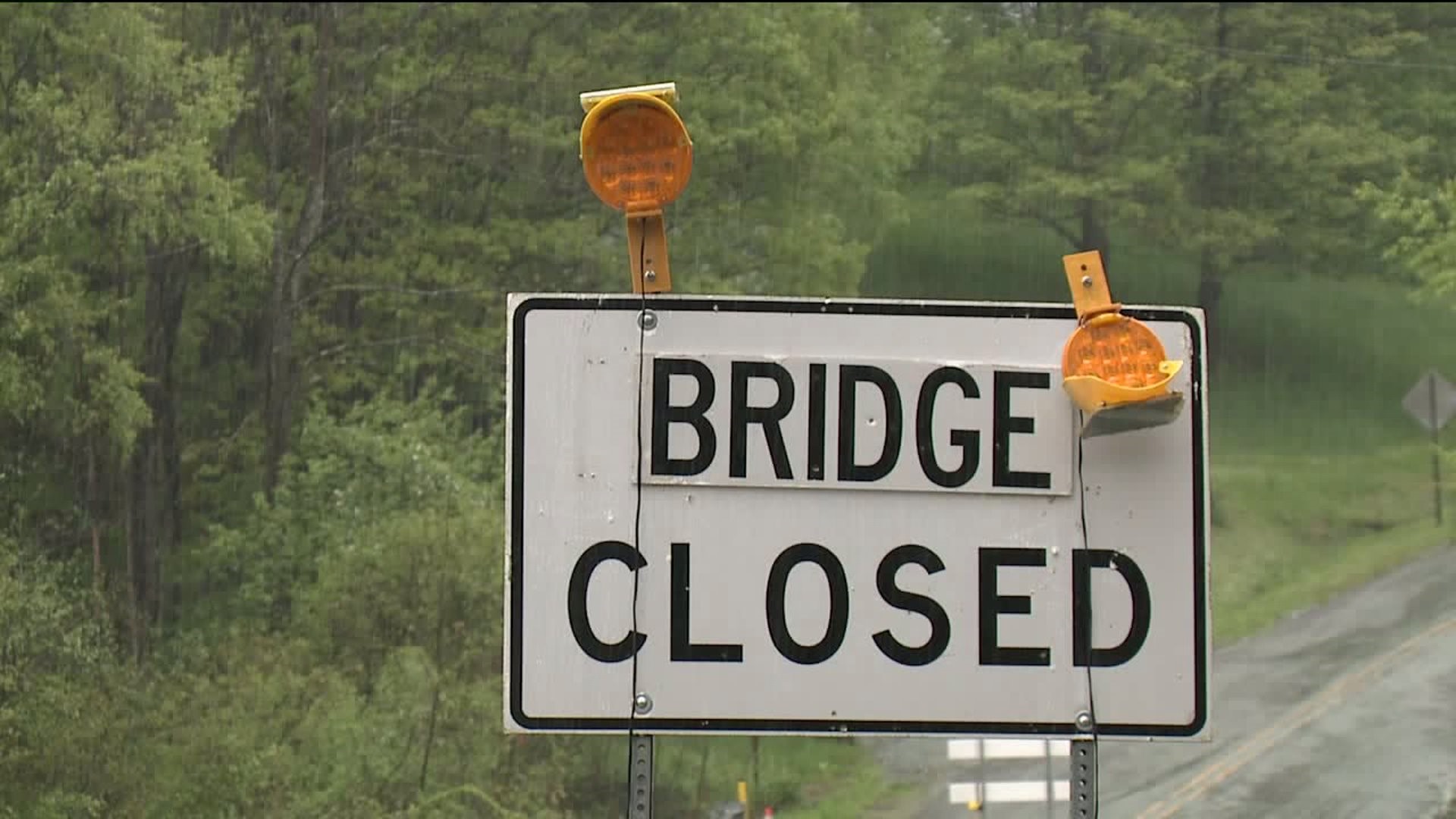 LIBERTY TOWNSHIP, Pa. -- PennDOT is getting to work on rough roads and damaged bridges in Susquehanna County this construction season.

The sound of emergency bridge repairs is already making it clear: there's a lot of work to do across Susquehanna County.

The bridge over Snake Creek in Liberty Township was wrecked by floods last summer and now, it's one of more than $13 million in construction projects expected to take place before winter.

Glyn Kester has been delivering mail on these back roads for roughly 80 years and these conditions are the worst she's seen yet.

"It's very frustrating, it beats up my car. The post office doesn't pay for that, I pay for that," said Kester.

PennDOT has laid out its planned paving projects to help make certain roads from Hallstead to Hop Bottom better than they are now.

"I called them a couple weeks ago and they said they'd get to it, but there are things they haven't touched in over a year."

PennDOT has numerous projects set up for the 2019 construction season across Susquehanna County, including two emergency bridge repairs including one in Brooklyn Township.

"With the damage, that takes away from other projects in the county. We have to move funds around to get these emergency bridges done for the people," said PennDOT official Michael Taluto.

Ten days ago, state lawmakers rode around this area with PennDOT's secretary and confirm to Newswatch 16 they're asking for more money to make road repairs.

Folks who live here and drive here are on the same page.

"Yes, they need to do what they do with the money to fix these roads instead of spending on anything else," said resident Courtney Panetti.

Another meeting with PennDOT seeking extra state money for road repairs here in the northern tier is expected within the month.