BROOKLYN TOWNSHIP, Pa. — Living in a tiny Susquehanna County township is a 96-year-old man who, in the 1940s and 1950s, was one of the top distance runner... 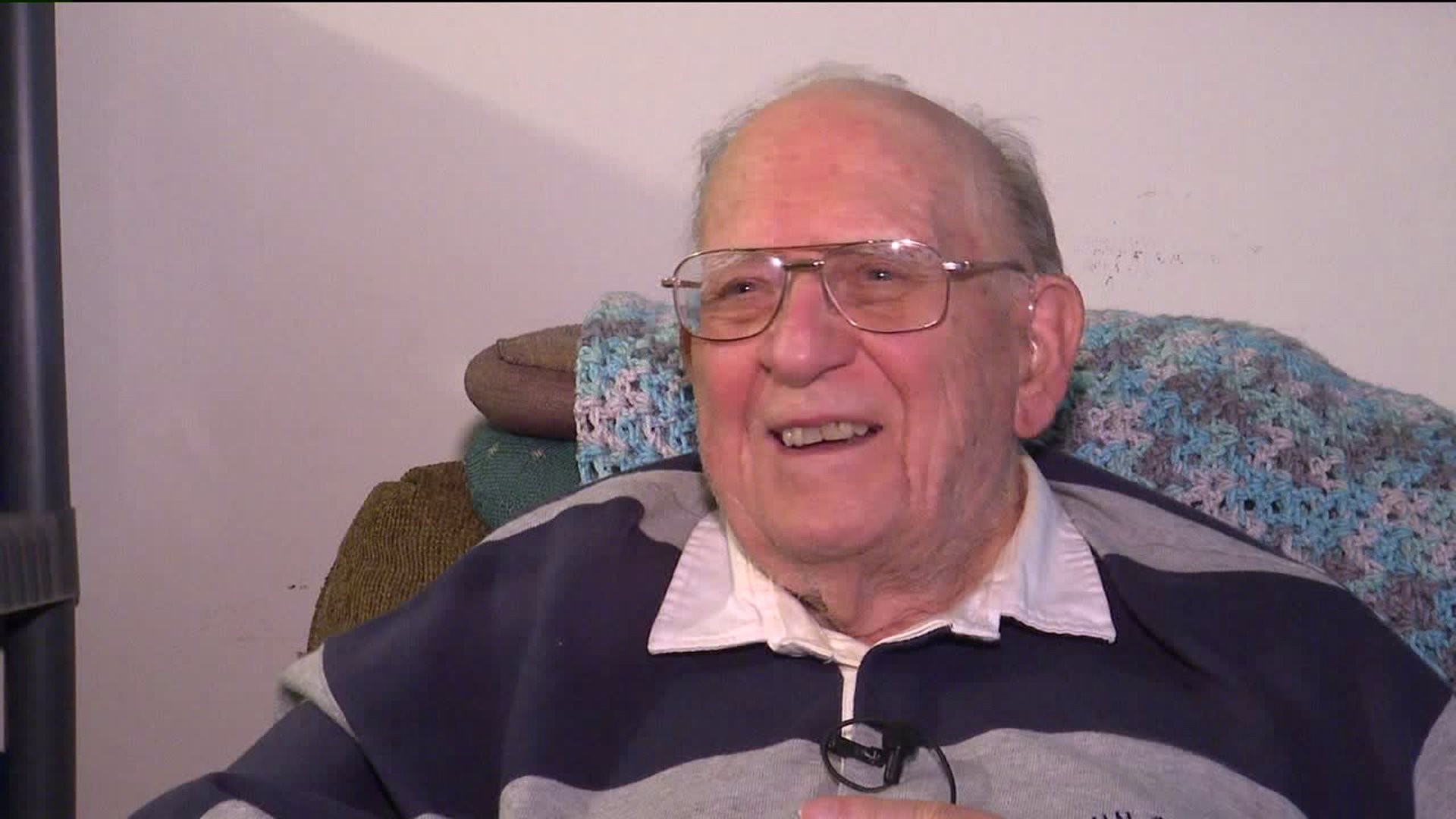 BROOKLYN TOWNSHIP, Pa. -- Living in a tiny Susquehanna County township is a 96-year-old man who, in the 1940s and 1950s, was one of the top distance runners in the world. He was honored at the Penn State football game last weekend.

Brooklyn Township in Susquehanna County is home to about 1,000 people, including Curtis Stone, who's one of the oldest living Olympians in the world.

"I knew from the very beginning that I could run. Just by playing with other people, I just had this ability to run," Stone said.

Before competing for Team USA, he helped defend the USA during World War II, fighting with the Army Air Corps.

"I still tried to train. I had my mother send me some clothing and I would go out on the pathways outside the base and run," Stone recalled.

Stone's best finish in the Olympics came during the London games in 1948 when he finished sixth in the 5,000-meter run. He recalled that race with sharp precision.

"As soon as we started, it started to rain. The dirt came up and covered me. We're going down the straightaway, I was in the middle of the pack, I couldn't see where I was going and a sheet of water came out across and wiped my glasses clean, so I got out of that and followed them for the rest of the time."

Stone is considered by many to be one of the greatest track and field athletes in Penn State history. At halftime of the Nittany Lions game against Michigan over the weekend, he was honored along with other living Penn State Olympians.

As for his secrets on how he's lived so long, Curtis adds running definitely helped him, and he never drank or smoked too much.

An absolute honor getting to hang out with 3-time Olympian and WWII veteran, Curtis Stone today. He’ll be 97 next month! He was recognized during halftime of Mich - PSU. Story at 6 @WNEP pic.twitter.com/4YrYK8FL65