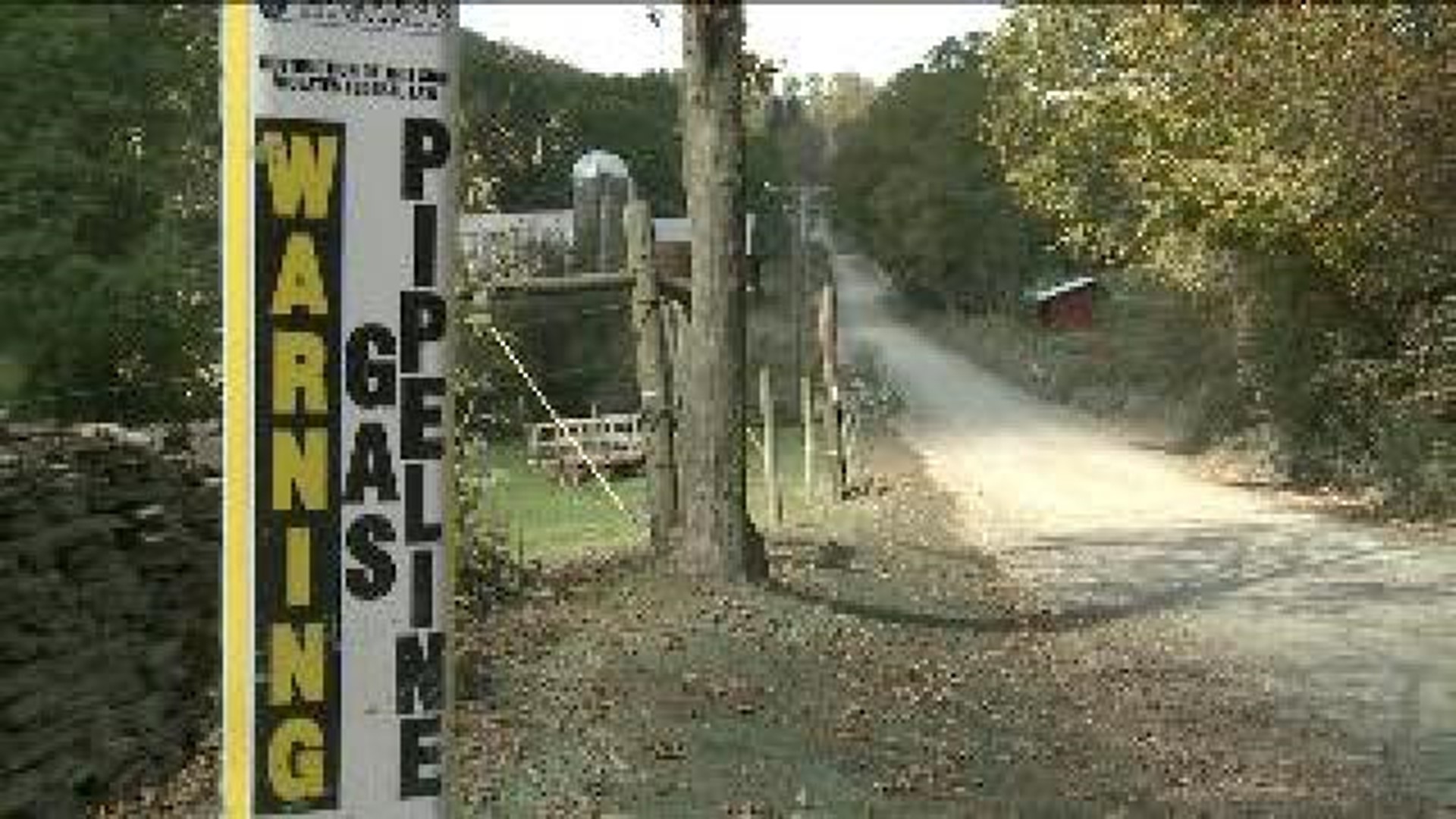 Leatherstocking Gas Company turned on the new line Monday night. It's now bringing gas to Montrose Area High School and a new hospital. Homes will be next and it's all making history in the northern tier.

It looks like a simple piece of equipment, but the superintendent of Montrose Area School District showed us the natural gas hookup to the high school.  It represents the start to natural gas service for homes, businesses and more in Susquehanna County.

"I'm amazed what they told us was that it would be all set by October 1 and last night I got an email that the gas is to the high school and the gas is ready to roll," said Superintendent Michael Ognosky.

In late June, Leatherstocking Gas Company started work on the gas line to the high school.

Inside the school, boilers are being converted from oil to much cheaper natural gas.  The district is looking forward to big savings using the gas coming from Marcellus shale all around it.

"We estimated in the first year alone in the high school, we'll save about 40 percent of what our fuel costs.  We allocate around $160,000 to heat the high school now. We're estimating under $100,000 so we're thrilled."

Natural gas service is also running now to the new Endless Mountains Health System hospital near Montrose.  Now, Leatherstocking is turning its attention to bringing gas service to homes in time for winter.

"I think it's amazing. I never would have dreamed it."

Ted Carroll will have one of the first homes in the county to heat with gas. He lives right along the line running to the high school. Anyone who does can tap in for free.  Leatherstocking says so far 35 homes and businesses are signed up make the switch from propane or oil.

"It's about three times the cost of what this natural gas is.  Three times! So I'll be using, spending one third the amount of money I'm spending now," Carroll said.

Cronk is among those living along the line Leatherstocking expects to sign up soon.

Leatherstocking Gas Company says it plans to run natural gas lines to homes and businesses in the borough of Montrose next year.