NEW MILFORD TOWNSHIP, Pa. — Drivers in one community in Susquehanna County have paraded their cars and SUVs to repair shops the past few months. The vehic... 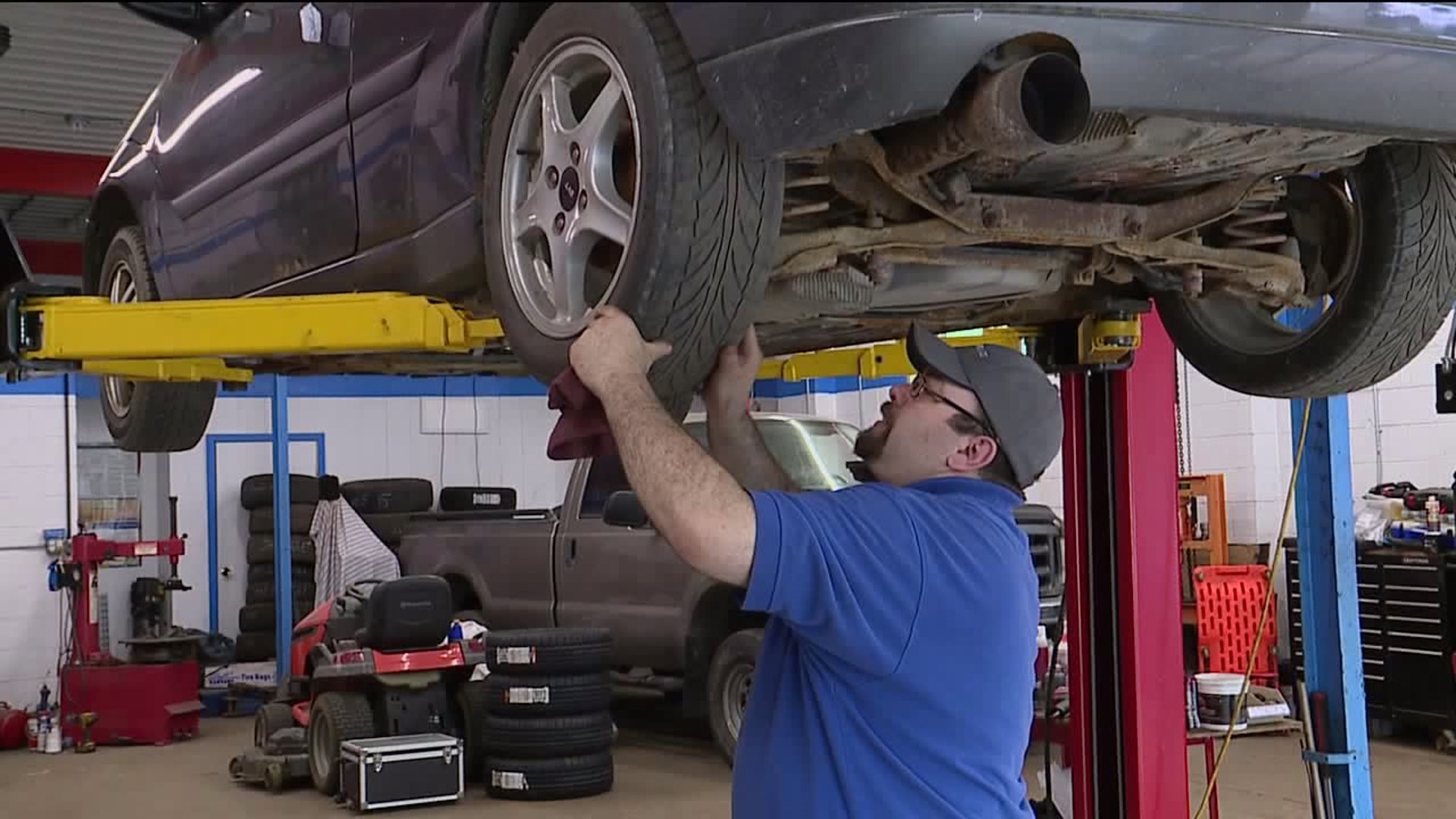 NEW MILFORD TOWNSHIP, Pa. -- Drivers in one community in Susquehanna County have paraded their cars and SUVs to repair shops the past few months. The vehicles have the same problem: flat tires.

But dreaded potholes are not to blame. They're blaming roofing nails that somehow are strewn about dirt roads in New Milford. They don't know if the nails spilled from a contractor's truck or if someone deliberately dropped them on the road.

Morgan McGregor's Cadillac has four new tires. They've all been changed recently because she's run over so many roofing nails. Her tires were changed or plugged 16 times in the past four months.

McGregor and three other neighbors all living near Wagner Road and School Road in New Milford claim they ran over nails somewhere on these dirt roads, and that has kept her away from her job as a therapist.

"My job, sometimes they don't believe me because like every week, 'I have a flat tire,' and they're like, 'Really?' And you know it kind of starts sounding ridiculous," McGregor said.

"For a while there, we had two or three a week, just from nails," said Ryan Stone who runs a garage in Hallstead.

He says the people in New Milford who've come to him with nails in their tires are lucky. It could have been worse.

"If you're losing air like that, the tire could blow out on you. Especially a front tire, a rear tire's not so scary but a front tire, a steer tire, you could swerve off the road and flip, wreck, whatever," Stone said.

Looking for a roofing nail on a dirt road is a little like looking for a needle in a haystack. Even if you know where it is, it's almost impossible to see.

The nails are impossible to see by drivers behind the wheel.

No one in New Milford seems to know where these nails came from or how they ended up on the roads.

McGregor says the flat tires are getting dangerous and costly.

We were unable to reach New Milford Township supervisors. We're told they are aware of the problem.

One woman became so frustrated after getting three flat tires, she won't drive the half-mile route to bring her child to school. Instead, she drives a nine-mile loop away from the area in question because she is so concerned about getting another flat.