HERRICK TOWNSHIP, Pa. — A fire destroyed a municipal building in Herrick Township near Union Dale, and now the community is figuring out what is next; but... 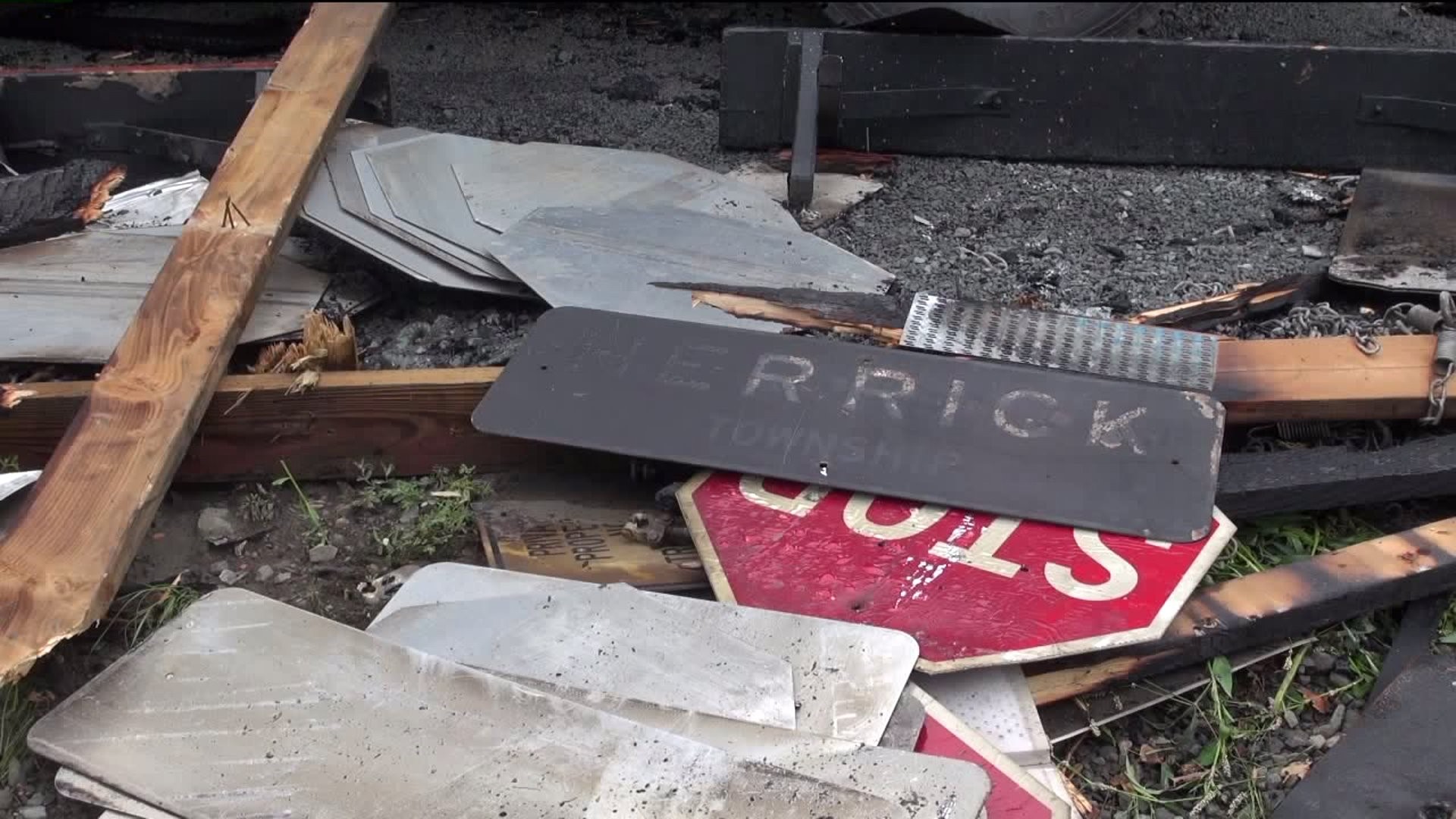 HERRICK TOWNSHIP, Pa. -- A fire destroyed a municipal building in Herrick Township near Union Dale, and now the community is figuring out what is next; but they have quickly figured out they are not alone, making the process of moving on a bit easier.

"It's just a heartbreak that something that was there one minute is gone this morning," said Maryann Young of Herrick Township.

The Herrick Township Municipal Building is a total loss. Fire investigators believe the fire started in one of the bays of the building, and because of what was inside, it spread so quickly. There is so much damage, though, that they will never officially be able to determine the cause.

"I sort of just took a step back and like is this real or not? Then I jumped in the truck and came over and sure enough, it was," said Brian Zembrzycky, Herrick Township supervisor. Zembrzycky has also lived in Herrick Township his entire life.

Herrick Township has a population of fewer than 750 people, and before the fire, the Municipal Building was the one play where the entire community would come together.

"It was kind of heart-wrenching because this is really sort of our township landmark. It's where we vote. It's where we have town meetings, some just recently," Young said.

Most of what was destroyed was the township's equipment, machinery, and tools. Although a major and costly loss, community members are just thankful no one was inside.

"Nothing was destroyed that can't be replaced," Young said.

Township officials have already made arrangements for the next town meeting. It will be held Monday night in Union Dale, less than two miles away, at the Methodist Church Hall.

"Just have to take it in and move on," Zembrzycky said. Several people stopped by the scene of what was left, taking pictures of the rubble.

Surrounding townships have also already offered equipment at no cost until the township gets back on its feet, making moving on an easier process.

"We will. We'll have a new building, and we'll be back," said Nancy Harvatine, Herrick Township's secretary, treasurer, and supervisor. "It just shows what a wonderful community we live in. I've lived in Herrick Township for almost 49 years, and I grew up in Union Dale. Everybody knows everybody. When something happens, they all chip in," she added.

Township supervisors say two trucks used for snow removal were in the shop at the time of the fire and are sage, and all township records are stored in the township secretary's home.