NEW MILFORD, Pa. — Residents of one community in Susquehanna County are once again dealing with water problems, this time after a water main break. New Mi... 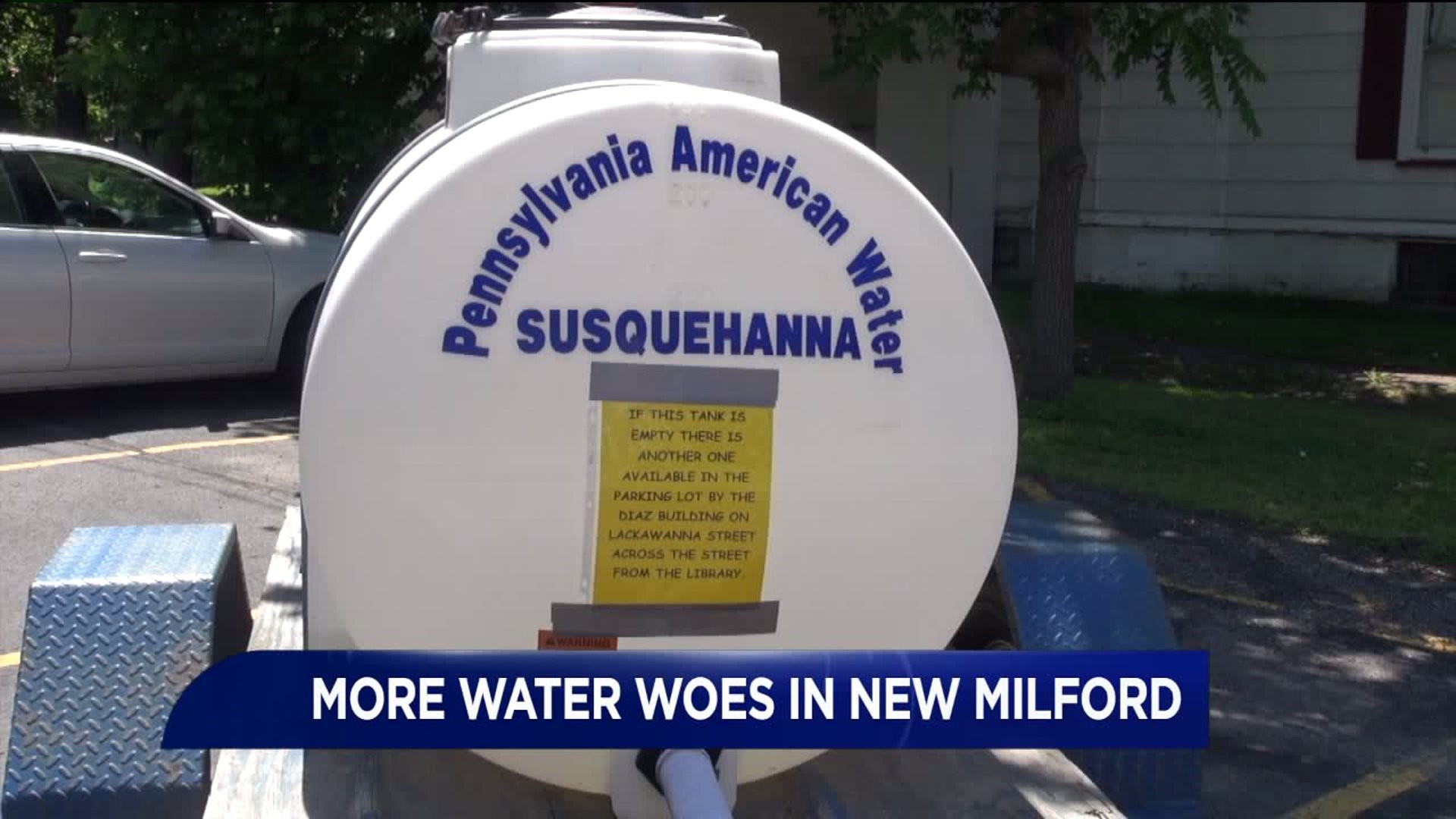 NEW MILFORD, Pa. -- Residents of one community in Susquehanna County are once again dealing with water problems, this time after a water main break.

New Milford officials say the borough is without water while crews attempt to locate the break.

Last week, a fire destroyed the Summit restaurant. Crews used so much water to battle the flames that it depleted the borough's water supply.

"It's a couple of days. You count your blessings. When the water comes on, we'll all be cheering," said Joseph Pipitone.

The New Milford borough building is typically a place where residents can pay their water bill, but for the second time in less than a week, it's also the place to actually get water.

"I think, if anything, it makes people understand how lucky we are to have water," Pipitone said.

The entire borough's water supply is shut off because of a water main break underground. Officials believe it's somewhere on the south end of the borough, but they haven't found the leak yet.

"That's a big area to still look at, so they're going to find where that break is. We have someone waiting to get in there and dig so that we can fix that pipe and get water going again," said borough council president Teri Gulick.

Fire crews used so much water to fight the massive fire at the Summit restaurant last week, that the borough's water supply was drained. Less than one day after the water system was restored, borough officials discovered the water main break.

"It's been rough for our residents," said Gulick. "We're just asking everybody just hang in there. We're doing everything possible to make things a little easier for them."

"Obviously, we had two catastrophes in a row, so we're out of water, but it's not the end of the world. We have a really great community and we have good leaders, and they're working extremely hard to get it fixed," Pipitone added.

Until the water is turned back on, folks are making do. The American Red Cross has showers set up at Blue Ridge High School. The owner of Diaz Companies donated a water tank, and the Pump N Pantry on Main Street in the borough remains open offering its services like food and a place to go to the bathroom.

"We have some porta toilets, and naturally we have water you can purchase here, whether it's cases or gallons. We even have wine and ice-cold beer here if you need that in place of water," said Sam Anderson.

New Milford borough officials say they have narrowed the main break down to a general area, the south end of the borough. Once the leak is found and fixed and the water system is turned back on, there will be a mandatory boil advisory until the water is tested by the state. Officials say they do not believe the water main break is related to last week's fire.