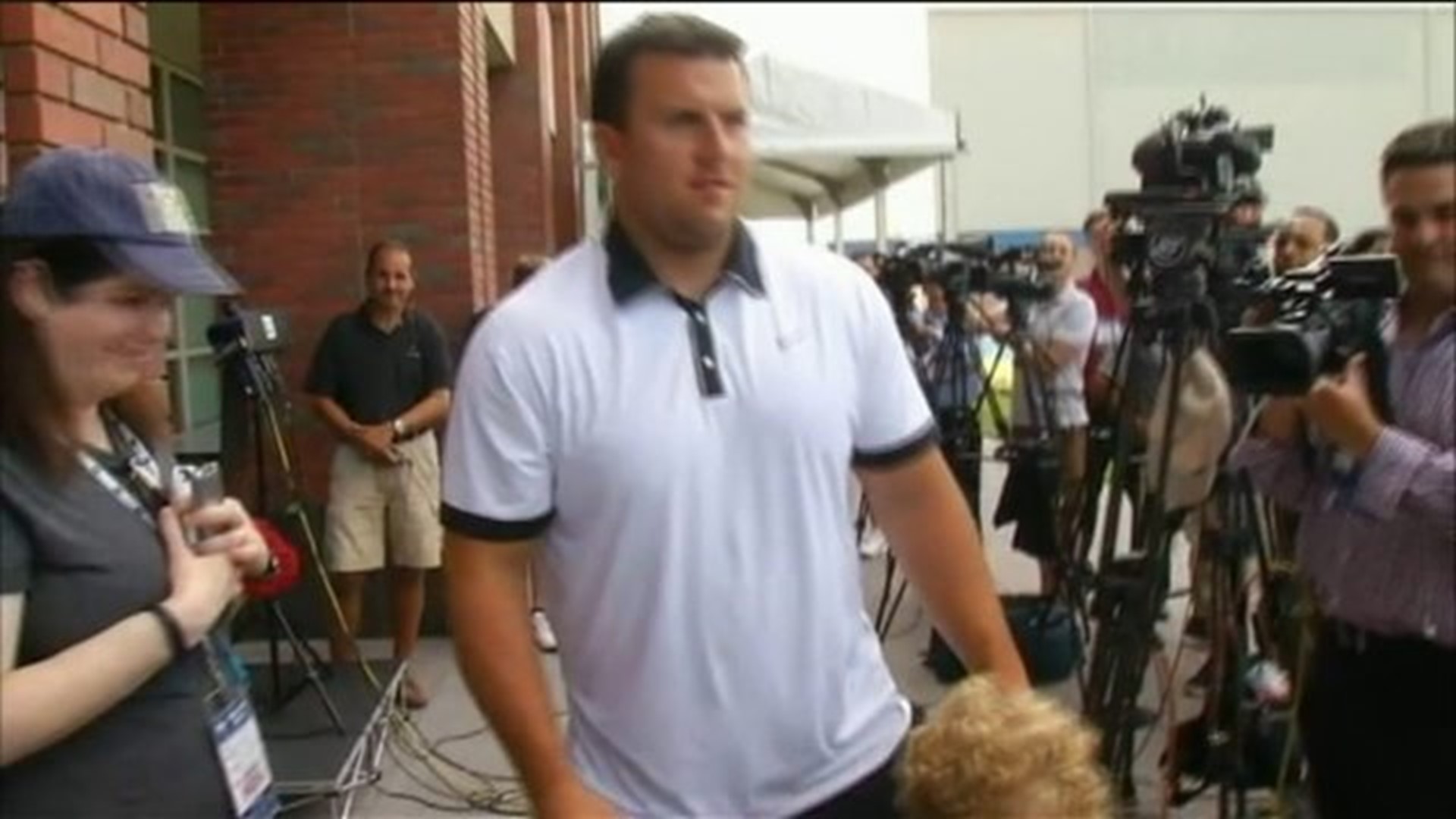 Snee's hometown of Montrose has followed his career closely, including on this day as he announced he's done playing football.

We talked with some of his big supporters there about his retirement.

Snee announced his playing days are done by saying, "I know it's my time."

"I'd rather see him do this than maybe struggle and hang around too long and be hurt worse. He's a young man, has three great kids and a great family and I think he has a long time to enjoy those people," said Dan Ricci of Montrose.

Ricci became friends with Snee and donated a sign to welcome people to the Super Bowl champion's hometown.

Ricci had Snee perched in his car as Montrose threw a parade after Snee's first Super Bowl win, one of Snee's many visits home.

"This is where I grew up and where I got all the values that I have today."

He continues to be involved in the community, hosting numerous fundraisers.

"If he has the ability to help you do something, he'll be here," Ricci said. He's not aloof. He didn't turn into a pro and move away kind of guy. His heart is still in Montrose and his family is still here."

While Snee's career as a player may be coming to an end, those in the area know it got its start 20 some years ago here on the fields of Montrose, and at the school they are proud of that.

"I know that our student athletes, but also our students in general, look up to him. The community itself looks up to him. He's been really big for us," said Montrose Area High School Principal Mike Boccella.

Right when you walk in the door of Montrose Area High School, there's a shrine to Snee.

The school has supported him and he has supported the school. And even in retirement, the principal doesn't think that will change.

"I've been fortunate enough to meet Chris a number of times. The thing that gets you about him, he's so down to earth. He absolutely remembers where he came from," Boccella said.

"Chris never forgot where he came from and we won't ever forget him either," Ricci added.