MONTROSE, Pa. — Before grills were turned on to celebrate the holiday, a church was serving an early morning breakfast in Montrose, and it was all for a c... 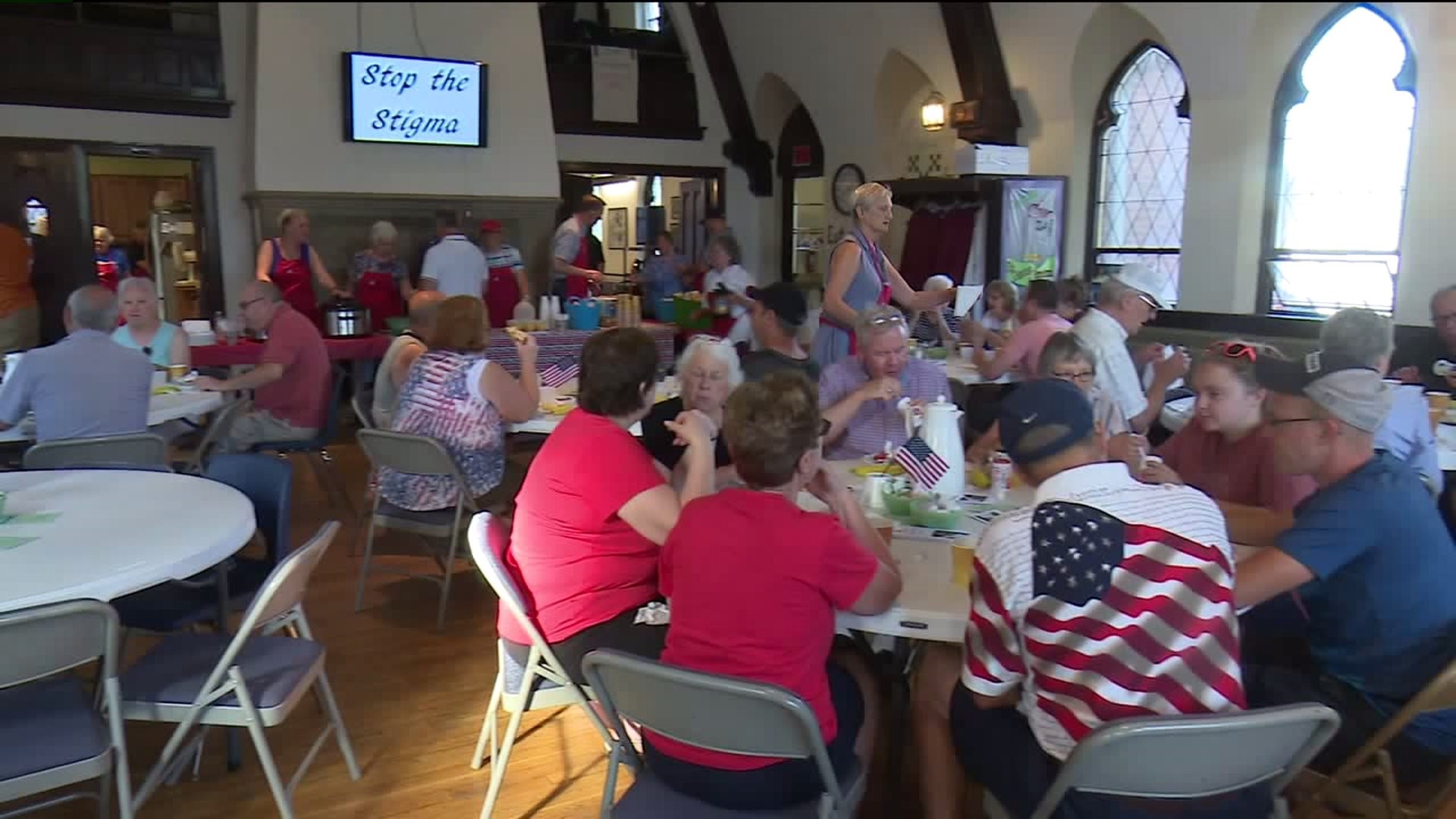 MONTROSE, Pa. -- Before grills were turned on to celebrate the holiday, a church was serving an early morning breakfast in Montrose, and it was all for a cause: fighting drug addiction.

It was a packed kitchen inside St. Paul's Episcopal Church in Montrose. Eggs fresh off the griddle were topped with slices of cheese and bacon.

"We have breakfast sandwiches made with bagels, bacon, eggs, cheese. We have yogurt. We have fruit chilled. We have chocolate milk, too," said Lynn Graham.

For three decades, a fourth of July breakfast was held at Montrose United Church. That church decided not to have the breakfast this year so members at St. Paul's stepped in by preparing more than 500 egg sandwiches.

"They served 300 people last year, but in years past, they served 700 people. We are planning for 500 people. We have no idea because it is our first year, but we are hopeful, and we are going to do our best," Karen Blye-McAbee said.

Organizers of the Fourth of July breakfast say the money raised goes to Stop the Stigma. The group offers support to those suffering from addiction.

"The opioid epidemic is a huge problem in our nation and we wanted to do something to help," said Blye-McAbee.

Ken Boyer came all the way up from Virginal for the Fourth of July breakfast.

"Different location, food is still good, and it looks like they have a good crowd this morning," Boyer said.