GREAT BEND TOWNSHIP — The state of Pennsylvania will no longer be referred to as “The State of Independence.” The new slogan for the state is ... 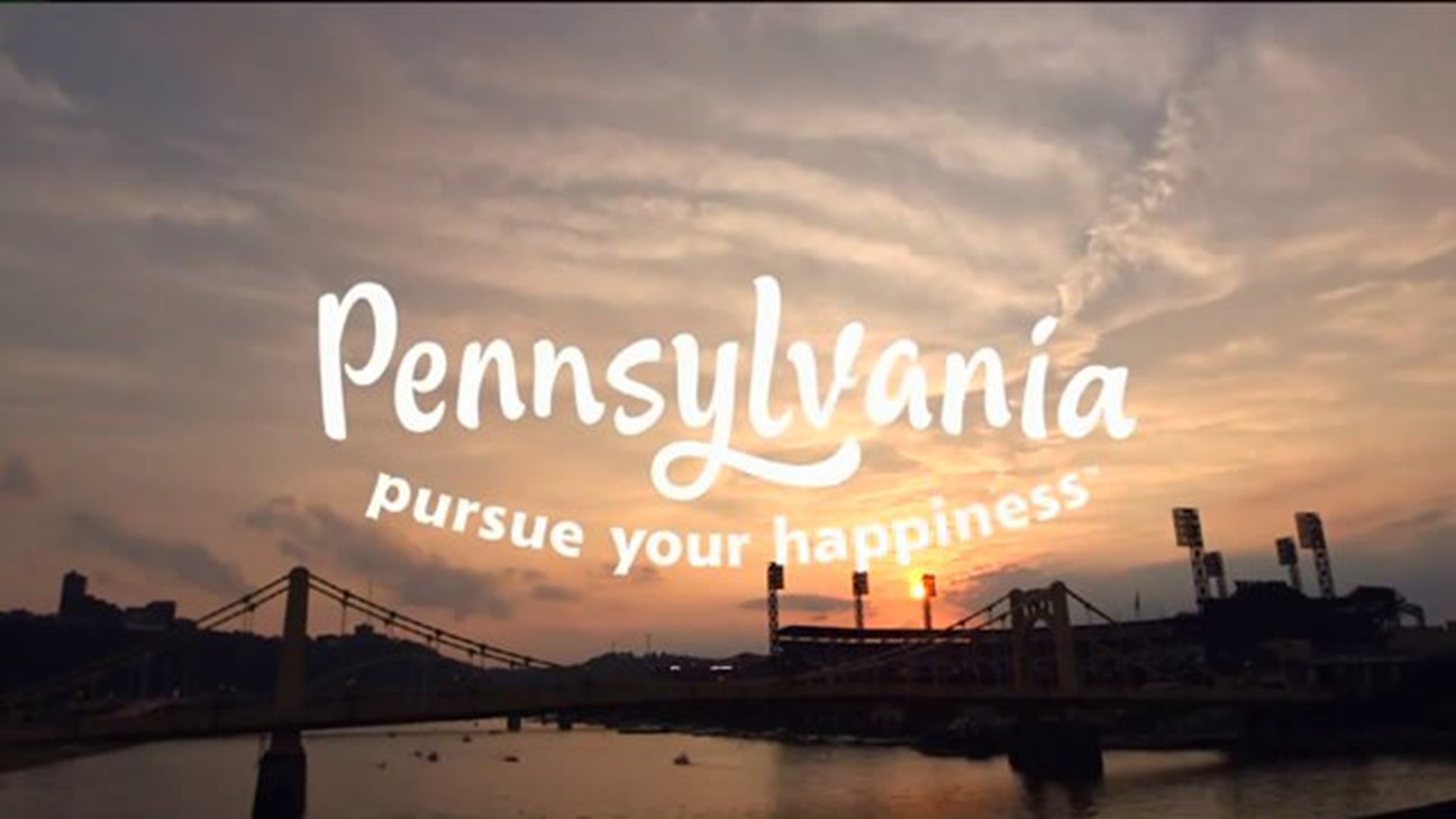 GREAT BEND TOWNSHIP -- The state of Pennsylvania will no longer be referred to as "The State of Independence."

The new slogan for the state is "Pennsylvania: Pursue Your Happiness."

The slogan and a new logo were unveiled Tuesday morning.

Some people we spoke to tell us they are not sure pursuing a new slogan is the fix the state needs.

"Both are good, I think, but to pursue your happiness? Yeah, why not?" said Beth Deakin of Oakland.

Over the last 40 years, Pennsylvania's tourism slogans have changed several different times. In 2004, the "State of Independence" slogan was unveiled by Governor Ed Rendell.

The latest change is being paid for by a $750,000 grant from the state Department of Community and Economic Development.

But officials could not tell us if money will be spent to put the new slogan on those signs that welcome visitors to Pennsylvania, or how much that might cost.

"It's been changed quite a bit. I don't think it's worth the money. In my opinion, we have other stuff we should spend the money on versus changing a slogan," said Brand Grant of Pringle.

People we spoke to tell us a state slogan should stick, for example: "I Love New York" or "Virginia Is For Lovers," and they don't think "Pursue Your Happiness" is a slogan that will be around for a long time.

Linda Phillips is from Virginia, a place where the slogan has never changed. She doesn't think the new Pennsylvania slogan will stick.

"It seems like a very general slogan. It doesn't seem like something that really characterizes Pennsylvania. I think of Pennsylvania as Ben Franklin and all of the historic people," Phillips said.

Officials tell us tourism is a multi-billion dollar industry in Pennsylvania providing income and jobs for the area.