Route 247 in Clifford Township was shut down on Tuesday during the standoff. 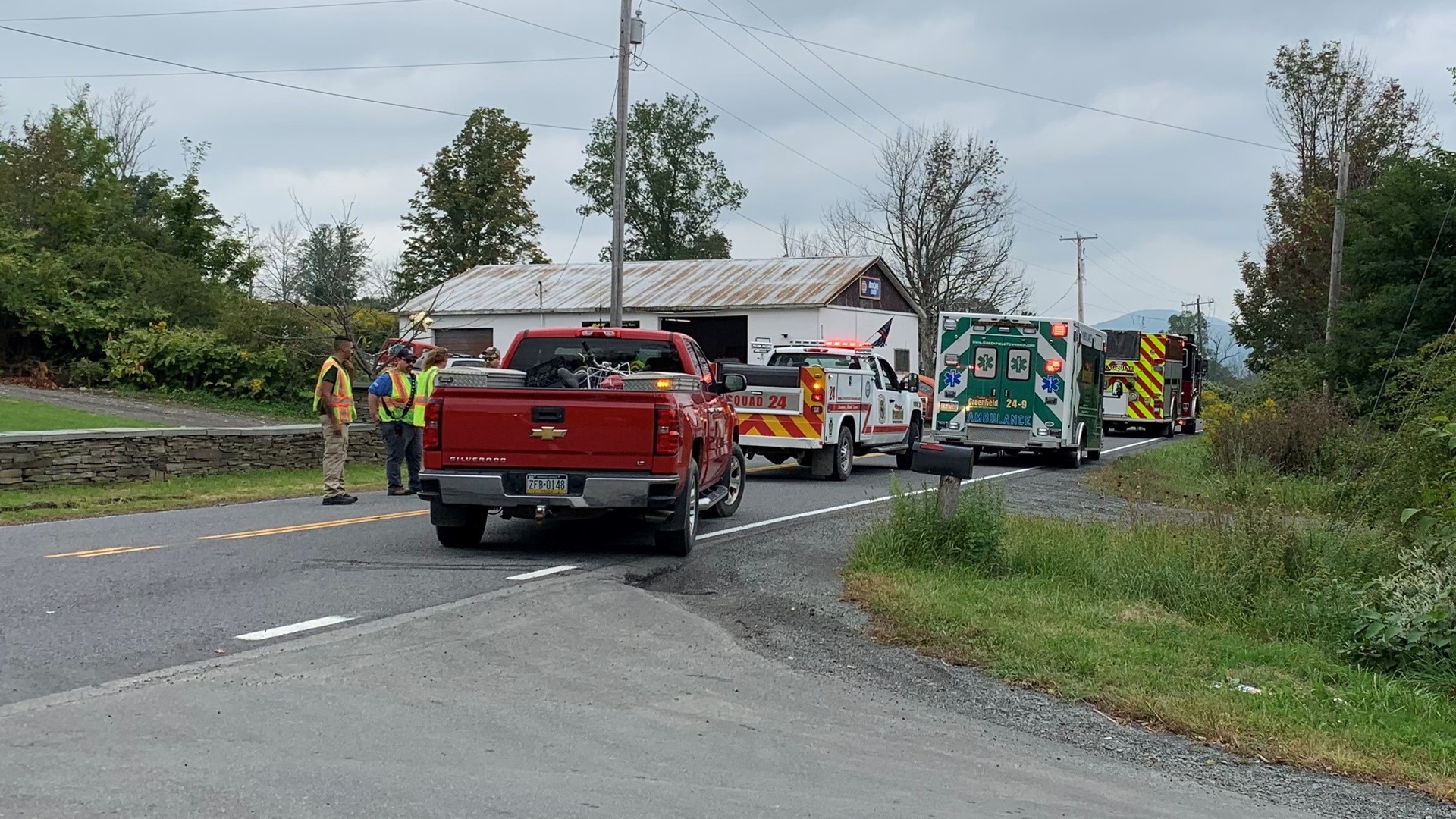 FOREST CITY, Pa. — A man is locked up after gunfire from a home in Susquehanna County.

Police were called to a home on Route 247 in Clifford Township on Tuesday for reports of a burglary in progress.

Officers said when they arrived, they could tell there were no signs of a burglary. Then, two shots were fired out of a window into the backyard of the home.

"The 911 call did come from inside the house. He let the dispatch center believe that he was barricaded in a room because other people were in the house burglarizing the home when essentially he was actually the 911 caller and the only gunman inside the house," said Ptlm. Tony Mariano of the Greenfield Township Police.

For three hours, Bloxham refused to come out of the house. The Lackawanna County SWAT team was on hand, and Route 247 was shut down in the area.

Bloxham was charged with felony gun charges and reckless endangerment. He will be held in the Susquehanna County Jail on $250,000 bail.