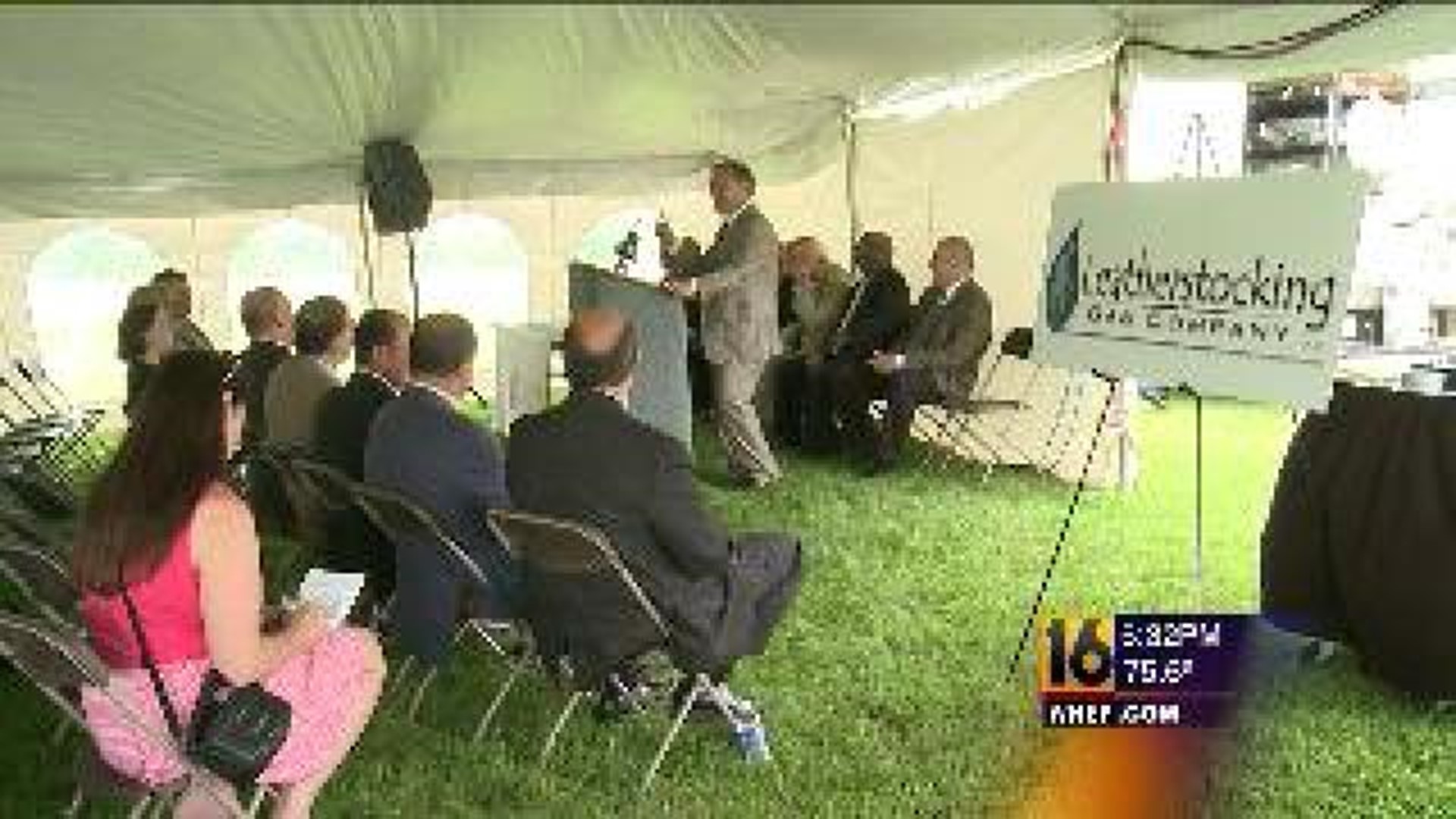 MONTROSE -- Work is getting started to run natural gas lines to homes, businesses, and schools in Susquehanna County.

For years now, natural gas drilling has been going on all around the county but that gas was shipped elsewhere. After a groundbreaking today, people who live in the county will soon be able to use the natural gas themselves.

For years now, companies have been drilling into the ground to get the gas.  Now Leatherstocking is going to bring that gas to people who live and work there.

"Our motto is local gas for local people. There are a lot of communities that sit on top of natural gas or pipelines run through, but there isn't any local benefit to speak of for the majority of residents.  We want to provide that benefit to everyone here," said Mike German, Leatherstocking CEO.

The groundbreaking event was held at Montrose Area High School.  Leatherstocking plans to run a natural gas line to the school by the end of August.

The school district says that change from heating oil to gas will save $60,000 on heating costs this winter alone.

"All it seems like that they're drilling holes in the ground and getting it out.  It's going to be great to be able to use it," said Superintendent Michael Ognosky.

Leatherstocking is also running a natural gas line to the new Endless Mountains Health System hospital.  Once these Leatherstocking lines are in, homes and businesses along the way can tap in.

Lane Puzo is planning to hook into Leatherstocking's line for both his auto body shop and house.

"Are you going to save some money?"

He lives just down the hill from where the company will tap into a gas transmission line south of Montrose.

"The gas has got to be a lot cheaper than electric and oil.  It's got to help us.  I think it's good."

"It makes sense.  I was hoping they were going to do it and now they're going to put a six-inch line right down through here," Wells said.

Leatherstocking expects to have 75 homes and businesses connected to natural gas by the end of the year.

Next year the company plans to run lines in Montrose borough itself and New Milford.

In the next ten years, Leatherstocking wants to have natural gas service in most of the county.