Icy Interstate to Blame for Pileup in Susquehanna County 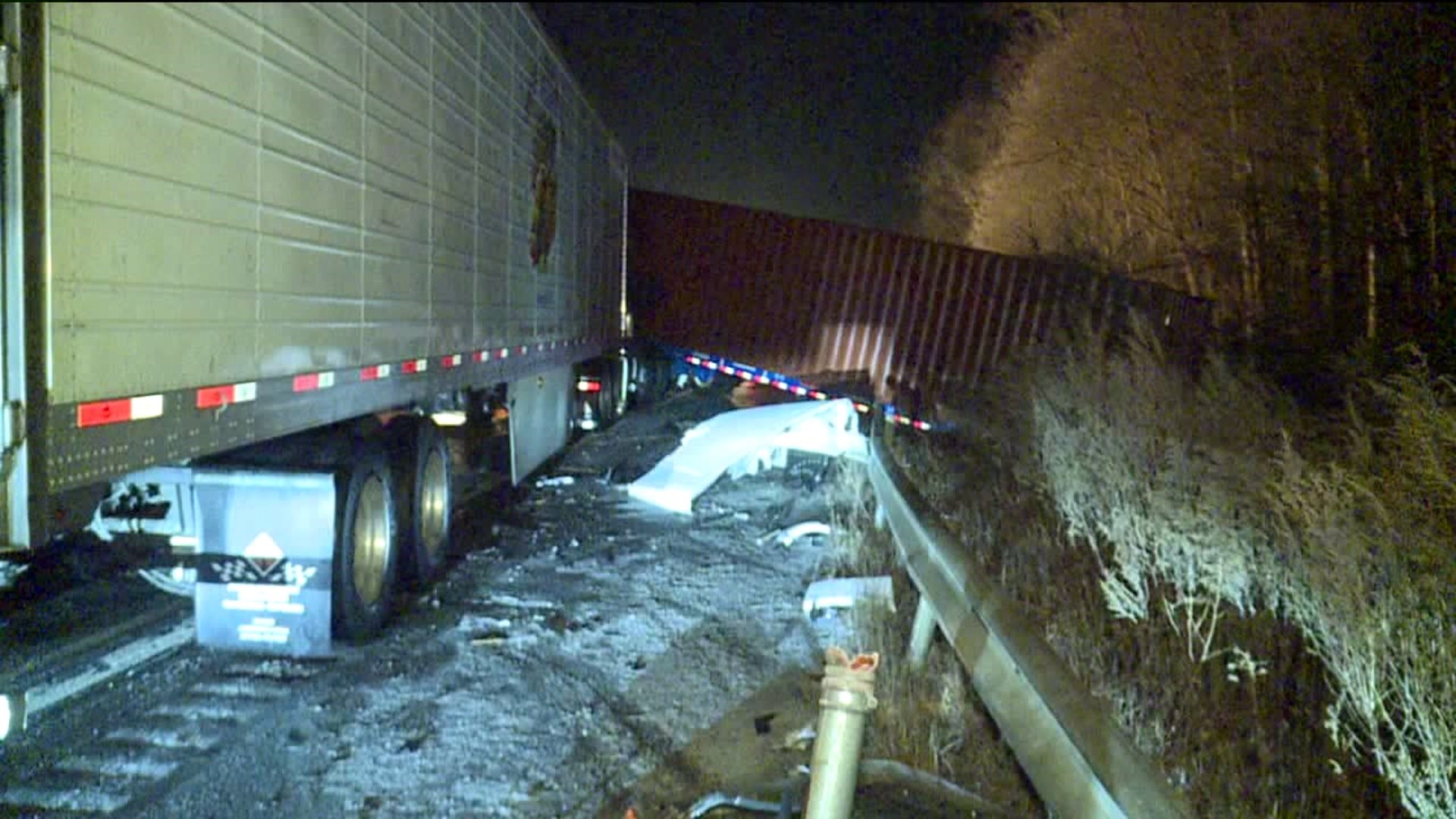 Fire crews said some people were taken to the hospital to be checked out, but no one was seriously injured.

“I am OK. Thank God, I am OK!” said one man who was driving a tractor-trailer and witnessed the crashes.

“He just bumped into the truck. Boom! I heard a sound. It just happened right in front of my eyes!” said Kathy Chen of New York City. 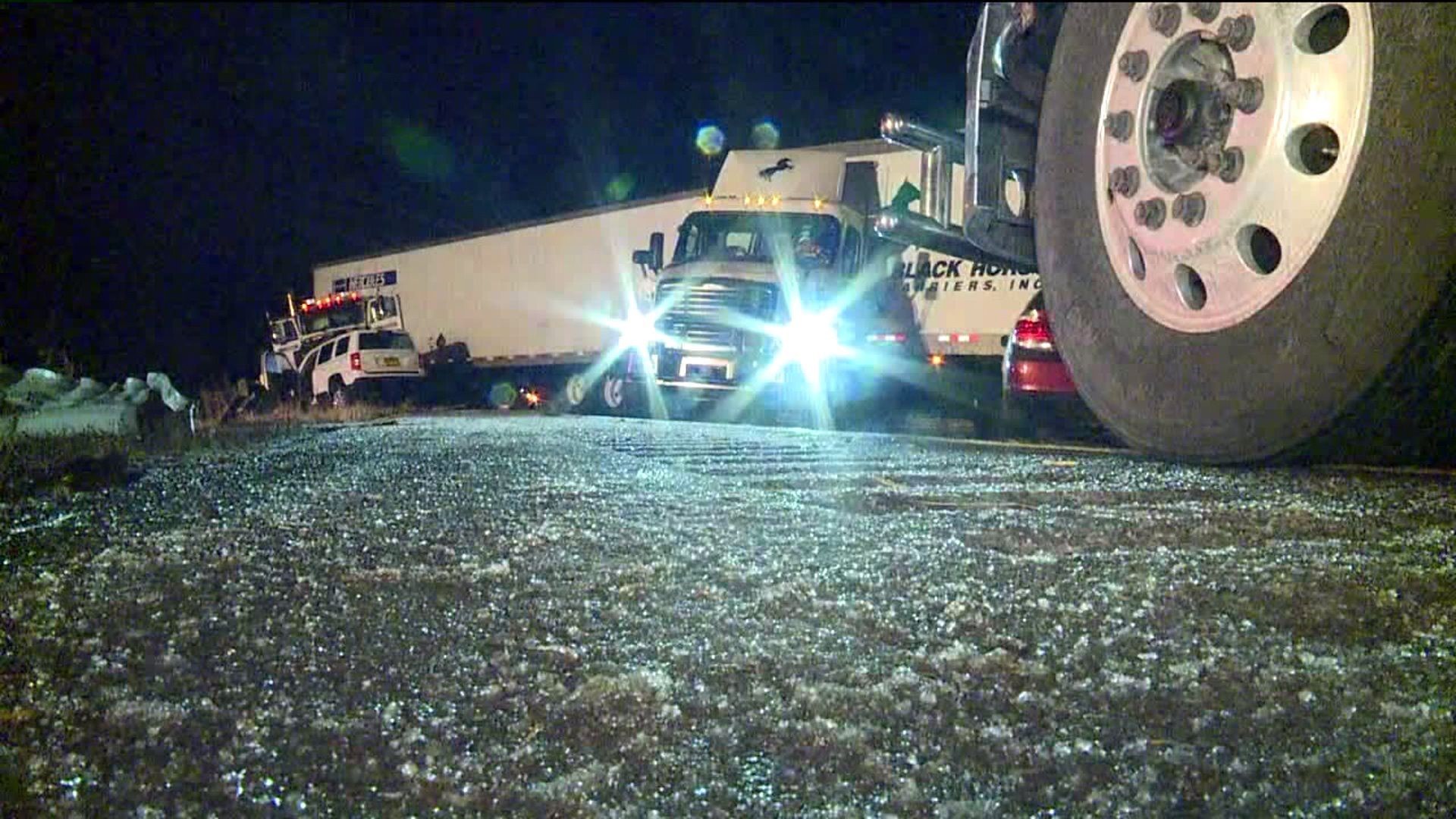 Just a few moments after the first pileup, came the second crash at the same spot, as 2 tractor trailers and the plow truck were unable to stop.

"I come around that curve over there and I noticed a tractor-trailer all the way across the road and I tried to slow down and I just started sliding. I took out this guide rail,” said Eddie Villa, who was driving a rig and crashed.

Because of the icy roadway, the speed limit at the time of the crashes was 45 miles per hour and certain commercial trucks like rigs hauling empty trailers were banned.

State police say none of the trucks involved in the wrecks were empty.

“There’s no place else I can go. I got stuck here,” said Chen.

As crews investigated and cleaned up, the interstate northbound and one lane southbound were closed for hours, trapping some drivers. The wrecks were cleared and the highway reopened around noon.