NEW MILFORD, Pa. — This rainy Thursday in New Milford started off on a somber note for Megan Shupp and her family. This was the fourth day their horse, Bi... 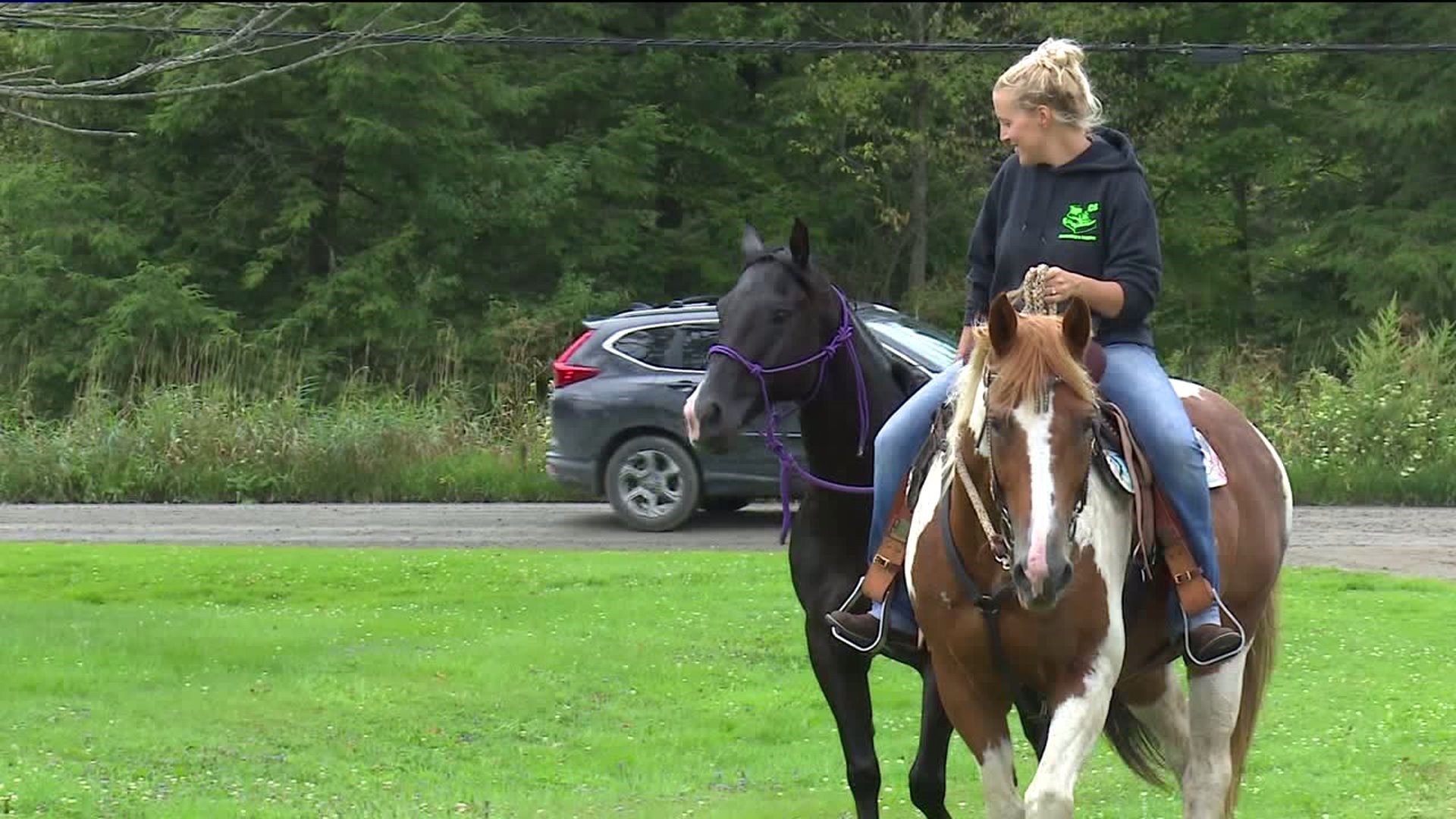 NEW MILFORD, Pa. -- This rainy Thursday in New Milford started off on a somber note for Megan Shupp and her family. This was the fourth day their horse, Bindy, had been missing.

"It's been absolutely terrifying for all of us involved," Shupp said.

Newswatch 16 was on the way to talk to Shupp about the search efforts when we learned the black mare had been spotted nearby. We ran into Shupp's close friend, Amanda Boman, getting ready to rejoin the impromptu rescue squad.

"A huge adrenaline rush goes through you when you hear that," Boman said.

About 20 minutes later, Boman and Shupp returned with Bindy.

"The relief in all of our voices, and you could just feel it through all the energy, it was just a great feeling," Shupp said.

Shupp recently took the horse in. So even though this home on Hall Road in New Milford was unfamiliar territory for Bindy, she still managed to find her way back there.

Based on multiple sightings from around Susquehanna County, it appears as if Bindy had traveled at least 8 miles. But she was found not even a half-mile down the road from her home.

While it was a frightening and tiring experience for Bindy, it was no less taxing on her family and friends looking for her.

"Physically, yeah, I'm starving, I haven't ate for about three days because we've just been running nonstop trying to follow any leads that we're getting. Exhausting, we were out until 12:30 one night, 10:00 last night, I've been up since early this morning riding," Boman said.

But fortunately, they had plenty of help from the community. Neighbors went out to help look and many sent tips if they had spotted her, which eventually led them to their beloved Bindy.

"There's so many of us that she's put so many marks on our hearts and just having her back is just very heartwarming and we're just very glad to have her," said Shupp.

A happy homecoming for a very special four-legged friend.