FOREST CITY, Pa. — A lasting reminder of the selfless sacrifices made at war for our country is in need of repairs in Susquehanna County. From afar, the d... 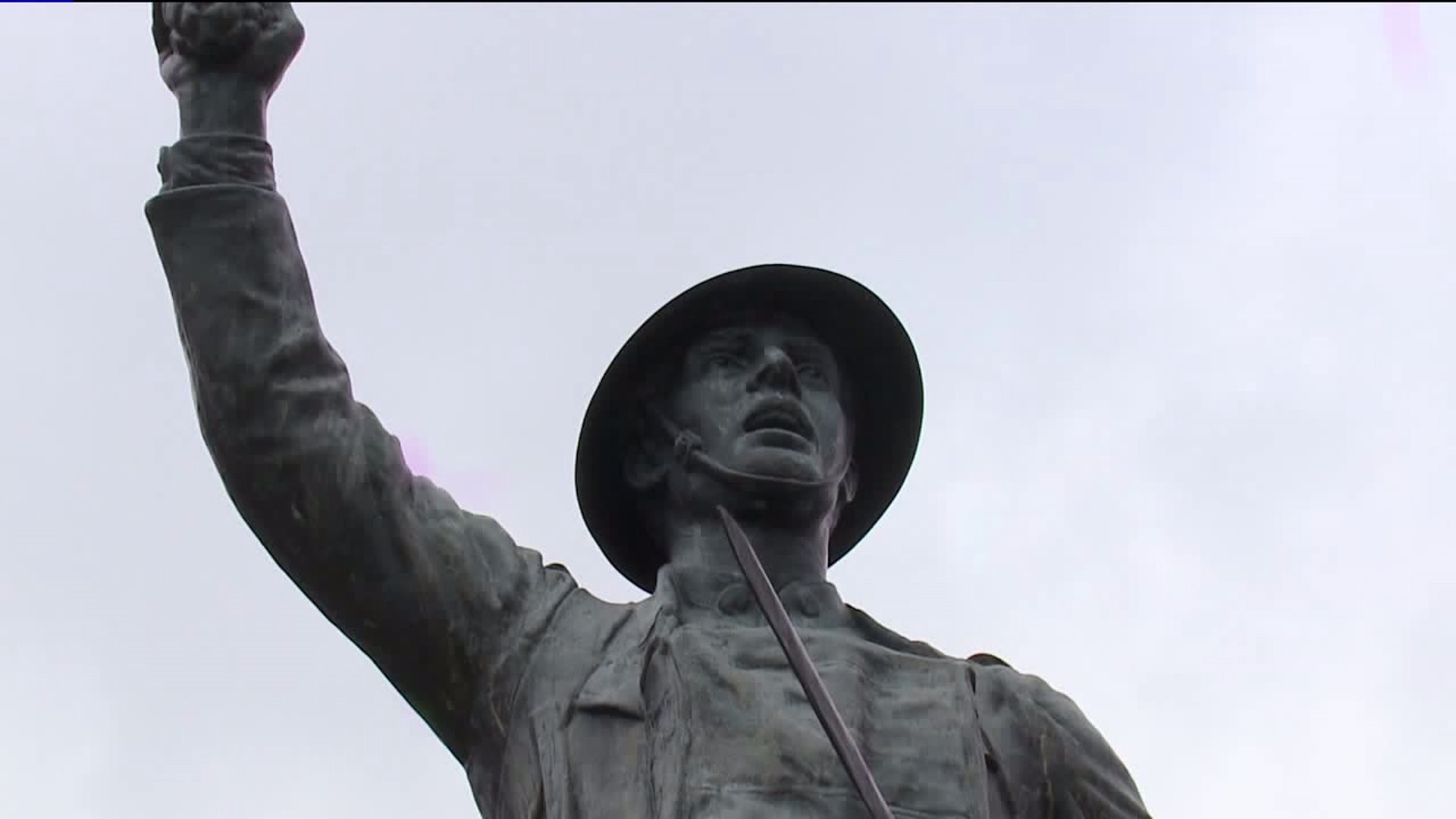 FOREST CITY, Pa. -- A lasting reminder of the selfless sacrifices made at war for our country is in need of repairs in Susquehanna County.

From afar, the doughboy statue in Forest City stands firm, rifle in one hand, grenade in another. It has been a landmark in Forest City for nearly a century.

Up close, you can see the World War I monument is showing signs of deterioration.

"If there's an icon around here in Forest City, it's the 92-year-old doughboy statue, and everyone in the community will be at a loss if it's not maintained," said John Kameen of Forest City News.

Members of American Legion Post 524 and the local paper are teaming up to find a way to fix the statue, asking for donations to preserve a piece of Forest City history.

"It's been 22 years now. We don't want it to get any worse. As it gets worse, it gets more expensive," said American Legion member Tom Prince.

Prince is the chaplain for the legion and is looking forward to having the doughboy repaired. The cost is expected to be more than $12,000.

"They have to redo all the bronzing and, you know, solder everything into place. I guess it's time-consuming and expensive."

"It needs a lot of work. It needs work," said Lee McGurrin. "It should be a top priority around here."

McGurrin served in the Navy during Vietnam. He sees the statue outside his apartment building every day, a constant reminder of his brothers in arms.

"We wouldn't have a United States if it wasn't for them boys," he said.

The hope is to have enough money raised to have the job done by Memorial Day when the doughboy will again be the focus of a ceremony honoring the fallen.