FOREST CITY, Pa. — A hardware store in Susquehanna County will soon shut its doors after more than a century in business. Joe Franceski has spent most of ... 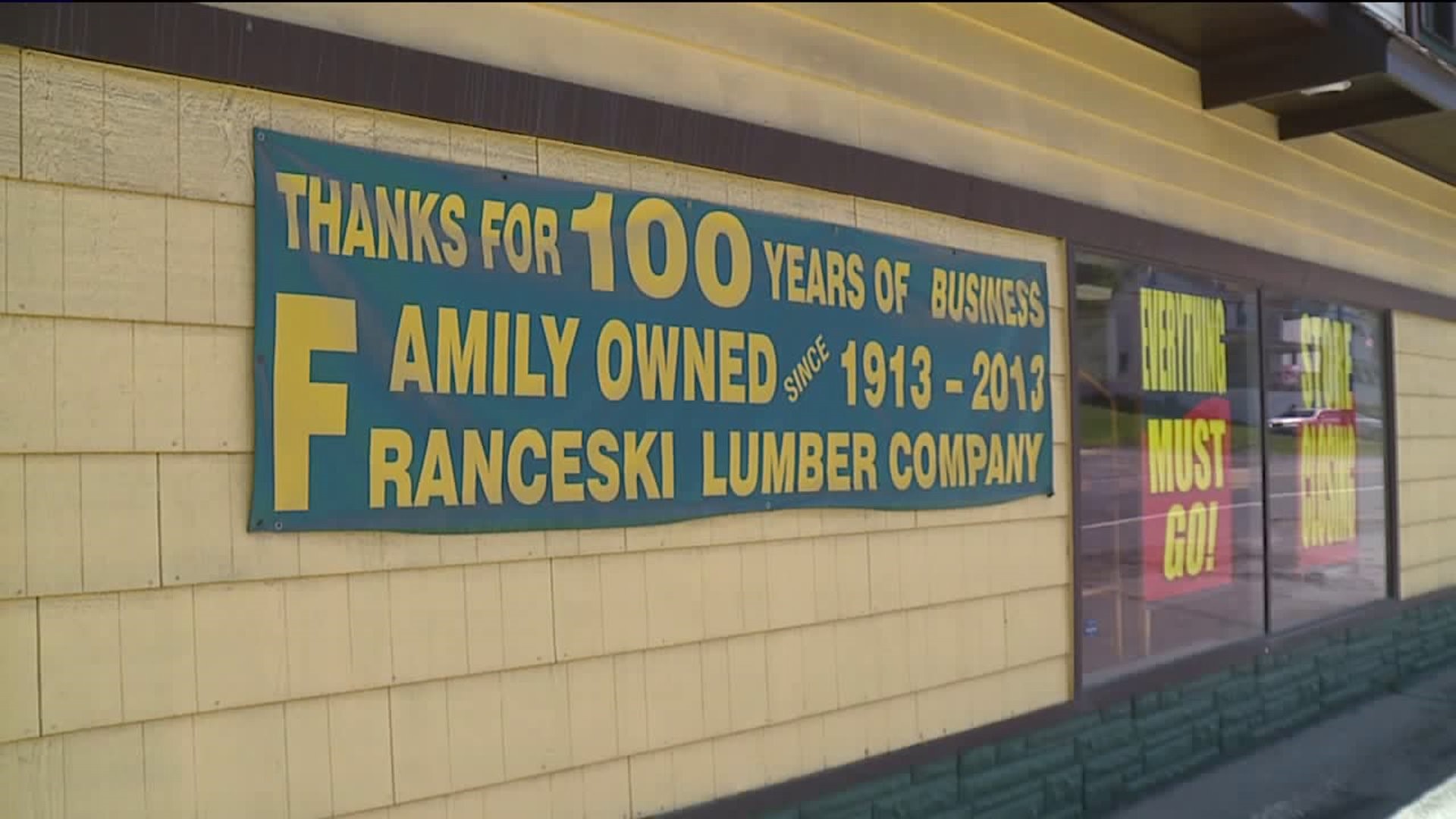 FOREST CITY, Pa. -- A hardware store in Susquehanna County will soon shut its doors after more than a century in business.

Joe Franceski has spent most of his life along North Main Street in Forest City, and so have most of the members of his family.

His grandfather Dominick Franceski opened the lumber yard in 1913, but Joe will soon retire and close up the business after a 105-year run.

"There were four businesses over 100 years old. That's unusual in any setting, and to have a small town like this that had four of those operations, I think that says a lot about the area," Joe Franceski said.

Franceski says he had hoped to find a buyer for the business but instead, he will start liquidating this week with plans to officially close later this year.

"You don't understand how important it is to have a place on Main Street where when you just need that small item, you can go and get it. Unfortunately, businesses like this and many others, they don't survive on those smaller items. And the bigger ticket items people can go elsewhere and get."

Matt Ferrel of Ferrel Construction has been shopping at Franceski's for decades since starting his own contracting company.

"We're here every day for the last 20 years," Ferrel said. "It's going to be tough to not have it here. It's very convenient. I was really hoping someone would take over and keep it going."

Customers say it's a loss of convenience but also a loss of a landmark here in Forest City.

"It's a sad day in Forest City," Katie Cicilioni said. "It's been a great blessing to have this hardware store in the area."

Franceski is hoping someone will buy the building. The original shop was built in the early 1900s.

"Times change. Societies change. People's thinking changes. It all changes. How long those types of businesses to exist beyond this point, I'm not sure," Franceski added.