HARFORD TOWNSHIP, Pa. — Officials say it was a tornado that knocked down trees and wires in Susquehanna County, and on Tuesday, people without power conti... 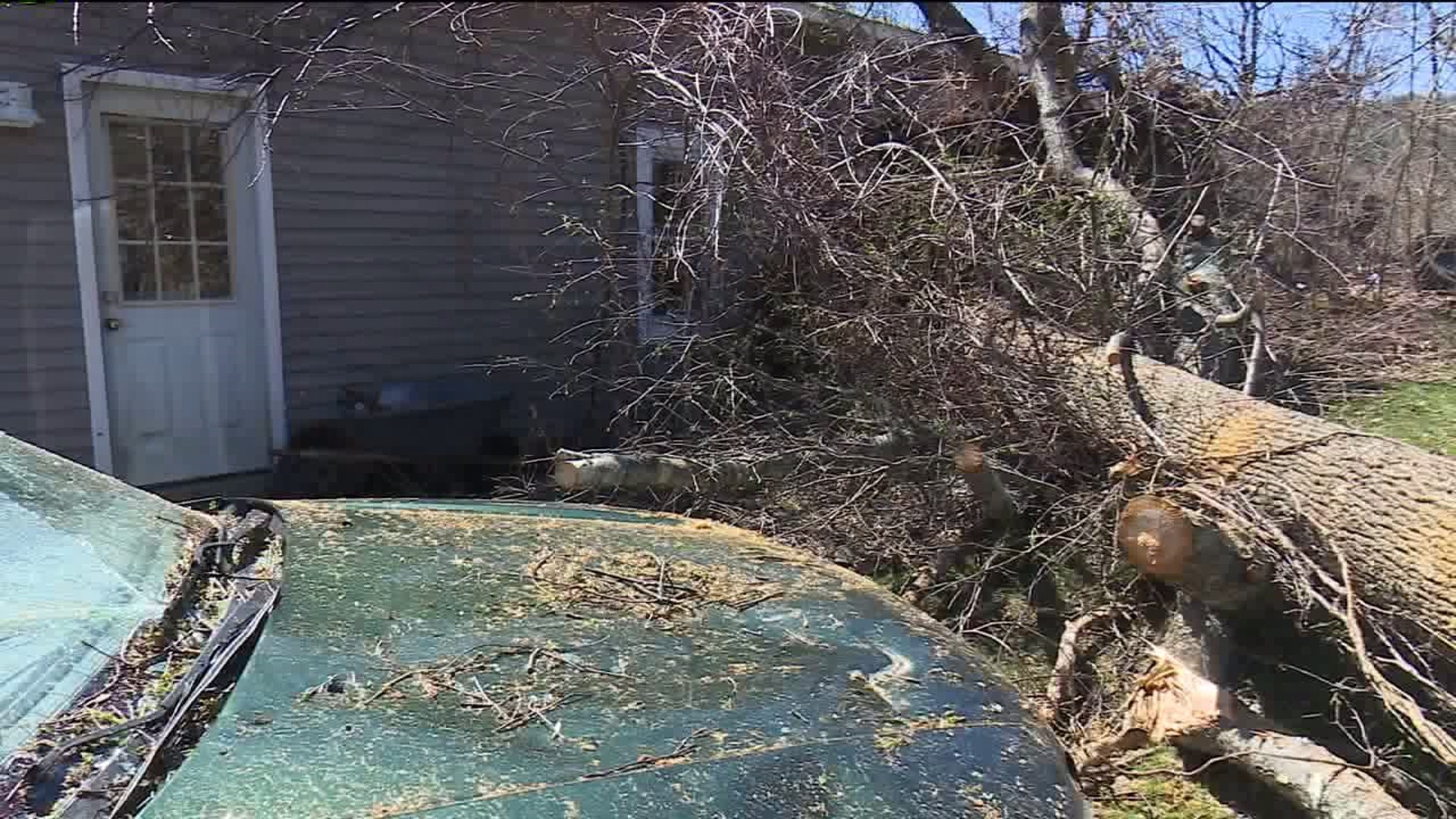 HARFORD TOWNSHIP, Pa. -- Officials say it was a tornado that knocked down trees and wires in Susquehanna County, and on Tuesday, people without power continued their cleanup process.

Chris Heide spent the morning removing branches and fallen trees that were scattered around his yard in Harford Township. He and other residents say they never expected a tornado to hit that part of Susquehanna County.

"We all woke up and started heading for the basements, but by the time we got there, it was over," Heide said.

"I heard a noise like we never heard before. It was a dull roar. The wind was blowing so hard, we heard twigs and stuff hitting the house and we just laid there. We had no idea what was going on. We were paralyzed," Bruce Mead recalled.

Heide tells Newswatch 16 the winds from the EF-1 tornado also took off some of the roofing of his barn and house.

"The house is relatively in great shape. The things we have are easy to be fixed. there are folks that got it a little worse than we did," Heide said.

Less than a mile down the road, the Hanyes family had more than a dozen trees down surrounding their house. The family tells Newswatch 16 when the storm hit, they hid in the bathroom and came out later to check the damage.

"It was horrifying. It really was. I just can't believe the damage and how the trees were on both sides of the trailer and we were saved," said Kathy Haynes.

Despite power outages and downed trees, people along Orphan School Road are counting themselves lucky because no one got hurt.

"Look how close it got to the house and it missed us. We believe the Lord was protecting us and just passed over our home," Chet Haynes said.

Claverack Rural Electric shows the power is still out in that area but the electric company said it should be back on by Tuesday evening.