HARFORD TOWNSHIP, Pa. — The future of a historic cabin at the Harford Fair is up in the air. Fairgoers worry this may be the last time they’ll be ab... 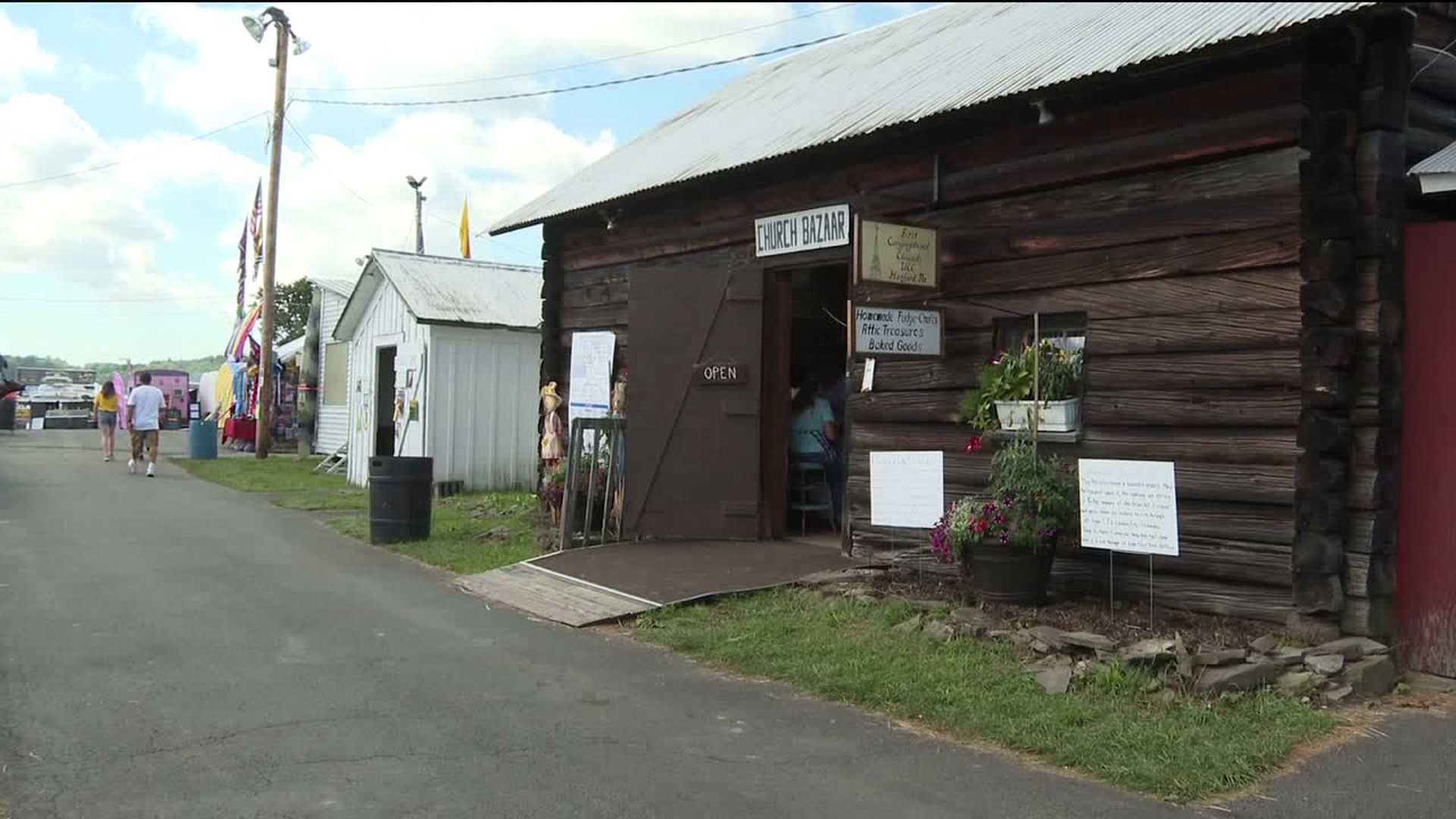 HARFORD TOWNSHIP, Pa. -- The future of a historic cabin at the Harford Fair is up in the air. Fairgoers worry this may be the last time they'll be able to visit the old building in Susquehanna County.

Chris Tracy was taking what could be one of his last looks at the Harford Fair log cabin in Susquehanna County.

The cabin built in the 1800s has fallen into disrepair and may have to be taken down.

"It pretty much says it all why they put it up and to take the cabin off. It is part of the Harford Fair and part of the history. It would be a crying shame," Tracy said.

As the fair celebrates its 162nd year, Candy Wellman hopes the cabin stays at the fairground. The cabin was given to the fair by the descendants of the founders of Harford.

"It represents, first of all, the founding of Harford, so that is very important to anyone from Harford the willing workers have from the Harford church. We have had our goodies in this cabin for many years," Wellman said.

Fair officials say the building has structural damage including deteriorating logs at the base of the cabin. There has been no decision on the future of the building.

"We have vendors who do not want to be in tents. They want to be in buildings. We have fairgoers who just want to be safe. We have people who value the history and we need to respect them also so we need to come up with a compromise that meets everyone's needs," said Heather Winn of the Harford Agricultural Society.

For John Adams, the future of the cabin is personal.

"I have ancestors that contributed to the construction of the building as are a lot of people in the community have relatives, and we are deeply concerned about the outcome of the building," said Adams.

Officials will meet after the fair to discuss the future of the cabin at the Harford Fair.