FOREST CITY — There was a dedication Thursday night in Susquehanna County to honor a man who was a pioneer in the entertainment business. The man who open... 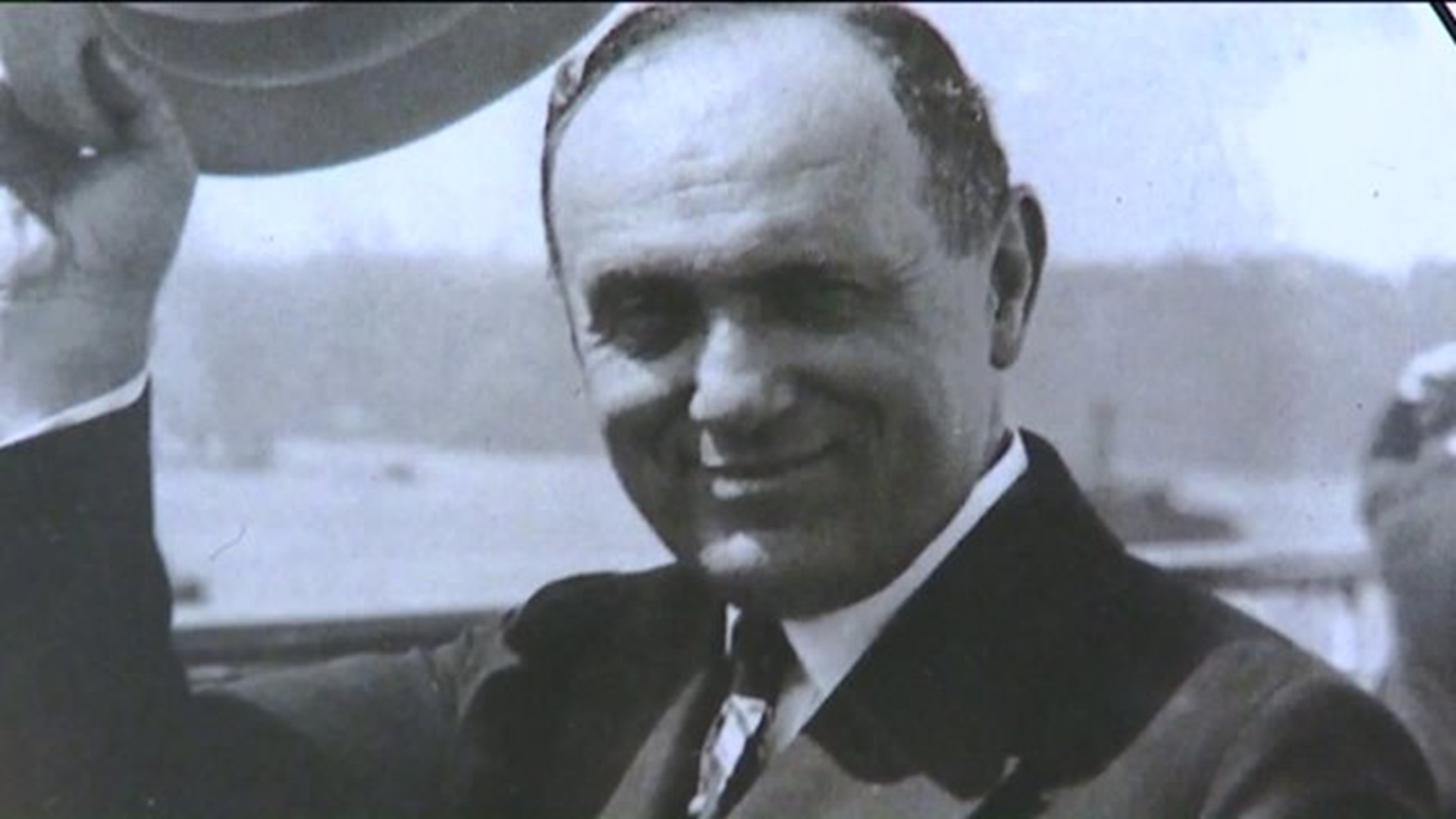 FOREST CITY -- There was a dedication Thursday night in Susquehanna County to honor a man who was a pioneer in the entertainment business.

The man who opened Radio City Music Hall and brought the famous Rockettes into the Big Apple in the 1930s got his start in show business in Forest City.

A marker from the Pennsylvania Historical and Museum Commission will now stand outside Zazzera's Supermarket in Forest City.

The marker is dedicated to Samuel Lionel Rothafel, who was known affectionately as “Roxy.”

However what's not so well known about Roxy is he is the man who built and opened Radio City Music Hall in New York City in 1932.

“It is amazing. Most people don't know and he's one of the more forgotten people in show business, but thanks to some people who have really dedicated to keeping his memory alive maybe now he will be remembered,” said Art Rothafel, Roxy’s grandson.

The reason this marker will stand outside Zazzera's on Main Street is because Roxy got his start in show business there.

He opened his very first theater on that spot in 1908, called the “Rothafel Family Theater” known after that as the “Family Theater.”

Writer Ross Melnick spent 10 years researching and writing a biography about Roxy called “American Showman” and was on hand for the dedication.

“He was a person who has been largely forgotten and I thought it'd be a great idea to figure out exactly what was his career, what was his legacy, what was his influence,” said Melnick.

Of course, his legacy is known around the world, not only for Radio City but for those iconic dancing Rockettes.

When Roxy first brought them to Radio City, they were originally called the “Roxyettes.”

His great-granddaughter Roxanne is named after Roxy as well.

“I always had the namesake and kind of didn't have the exact perspective of what I was named after. I always got the Roxanne song,” said Roxanne Rothafel. “But it's kind of hard to explain to people that you're actually named after somebody that built and designed Radio City Music Hall especially growing up in California that they don't always see what he built.”

There is now a Roxy Rothafel exhibit on display at the Forest City Historical Society on Main Street.