The blaze in Great Bend started around 9:30 a.m. Wednesday. 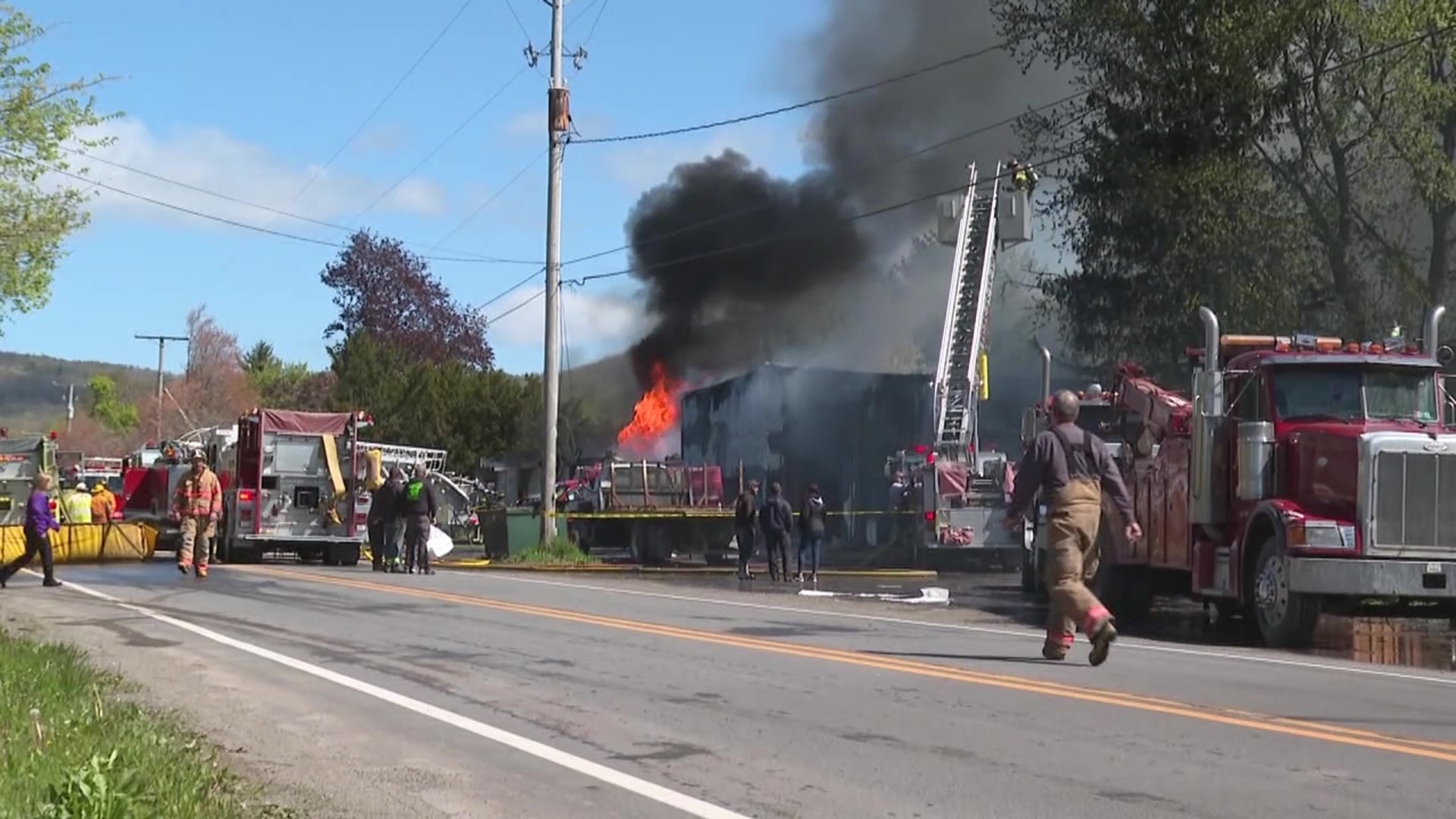 The blaze at Marv's Service Center on Route 11 in Great Bend started around 9:30 a.m.

Fire departments from Susquehanna County and New York State were called in.

People said they heard explosions while firefighters were trying to put out the fire. Additional departments were called in not long after to help battle the blaze.

Workers in the building say they heard a loud pop and then saw the fire and called 911.

The fire chief said tanks containing acetylene, propane, and motor oil were stored at the garage.

Marv's does car repairs and towing, and there were also people's personal vehicles inside when the fire started.

"One of our assistant chiefs happened to be going by at the time and saw the fire and called it in, immediate second alarm. Due to the shortage of manpower during the day, we pretty much have four counties involved here," said Great Bend Volunteer Fire Chief David Derrick.

People who live nearby heard the explosions but didn't know where it was coming from until they looked in the area of the garage and saw the flames and heavy smoke.

Chief Derrick says having enough firefighters wasn't the only issue. The garage had various gas and oxygen tanks as well as other chemicals that made it difficult to stop the flames from spreading. Several departments and emergency agencies had to be called in because of it.

"We called the county foam trailer. That's here now with over 600 gallons of foam, and that's what we're going to do. We're going to foam the entire building, and then we've got everything trying to contain the runoff."

Neighbors tell Newswatch 16 they heard a boom and came out to see what was going on.

"When we got here, this part of the building back here was on fire, and there was an explosion, and it just went crazy. The wind was horrible, so of course, it's pushed it into the bigger garage," Elizabeth Allerd said.

Fire officials say everyone made it out safely. Manpower and water were an issue to try and contain the fire.

Route 11 was shut down all morning while crews continue to knock down hot spots.

There's no word on what started the fire.