HERRICK TOWNSHIP, Pa. — The weekly staff and guest picnic at Endless Mountain Resort in Herrick Township was interrupted Wednesday afternoon after a blaze... 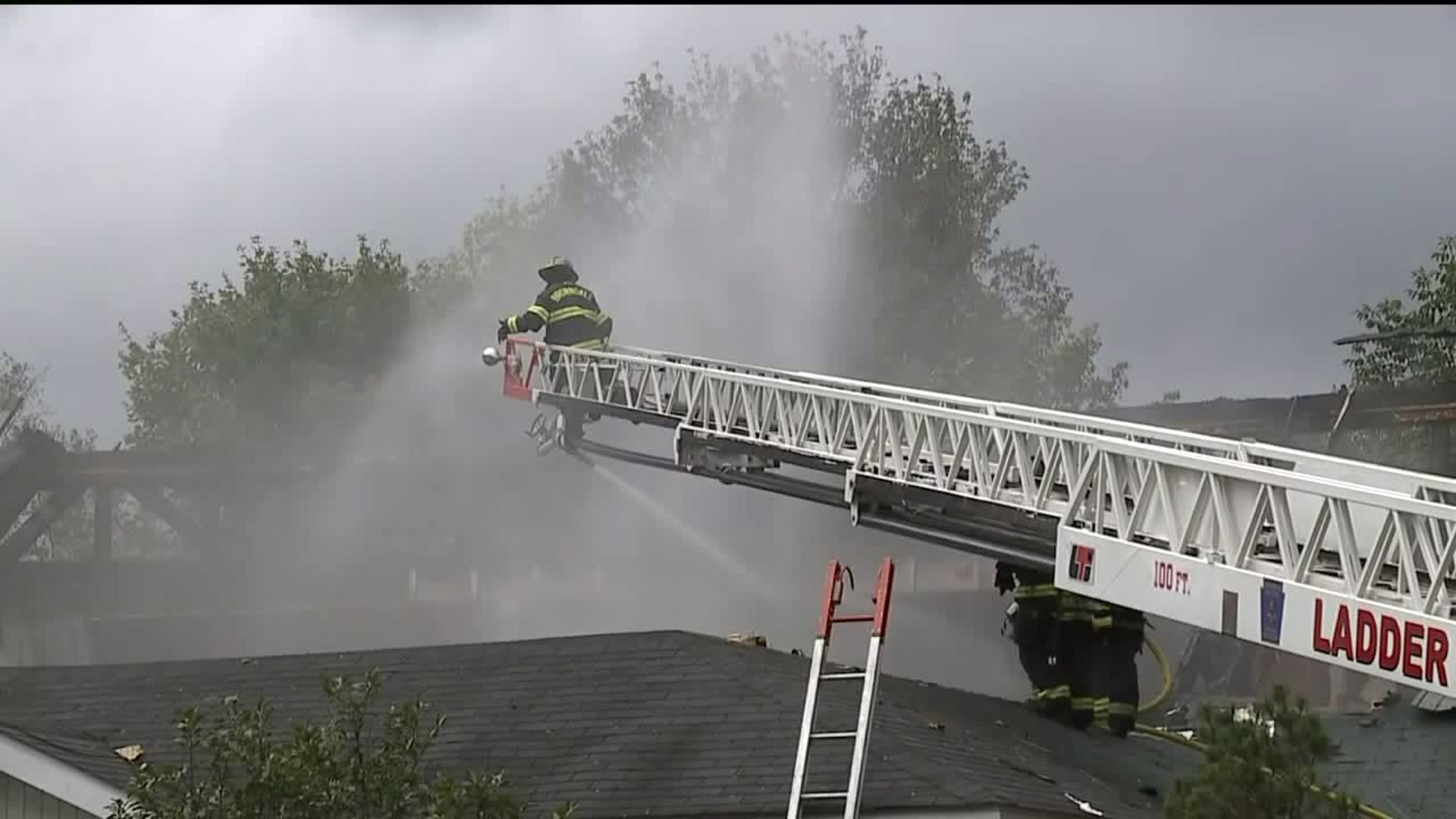 HERRICK TOWNSHIP, Pa. -- The weekly staff and guest picnic at Endless Mountain Resort in Herrick Township was interrupted Wednesday afternoon after a blaze started just after 1 p.m. in the recreation facility.

Flames were shooting through the roof of the building as firefighters worked to put the fire out.

The two-alarm blaze had at least eight fire companies from across Susquehanna County responding to the fire and establishing a water supply in such a remote location became a priority.

“The Pleasant Mount chief requested a tanker alarm which brings in all available tankers in the region, and once you get your ponds established on the grounds, you start moving that water, get a water source established it goes very well. But in the beginning, it's time-consuming,” assistant chief of the Clifford Fire Department Dan O’Rourke said.

Another challenge was the possibility of pool chemicals in the building.

“Initially the chemical concern was of course very prevalent to us. But as it turned out they didn't present any problem for us,” O’Rourke said.

The manager of Endless Mountain Resort tells Newswatch 16 the pool area had been closed for the last six months, as the roof was being repaired.

The game room and other parts of the recreation building were open to guests at the time, but no one was using the facility when the blaze broke out.

The construction workers who accidentally started the fire were on the roof when sparks spread. They were able to make it off the roof without injury.

The fire was ruled accidental.